The Best of the Past: Flip Phones

Most of us outside of Japan live in a world dominated by slab phones. Sure, they’re getting easier to tolerate as manufacturers like HTC and Nokia push the boundaries of hardware design. But they don’t have hinges for fun folder action, they don’t snap satisfyingly closed at the end of a frustrating call, and they don’t fit as well in a pocket.
Published 20 July 2012, 10:51 EDT

From ultramodern trailblazer in the late ’90s, to common communicator in the mid-’00s, to symbol of the marginalized “dumbphone” today, flip and clamshell phones have undergone quite the status shift over the last two decades. I’ve talked before about how awesome the flip form factor was and how much I miss it, and it turns out I’m not alone. Lots of commenters showed up at the end of that piece to share their fondness for the clamshell phones of old, and recently editor-in-chief Brandon Miniman suggested we take a quick look at some of the most well-known, and some of the more obscure, flip phones of yesterday.

But we’re a smartphone site, so we won’t just dive into the annals of hinged handsets all willy-nilly. Fact is, in addition to the glut of silver flip dumbphones that flooded the market a little under ten years ago, there were also some standouts: some smartphones doing their best to bring a pocket-computer experience to the familiar folding form factor.

I took a short sojourn down memory lane to see if I could come up with at least one example of a standout flip smartphone from every platform. This isn’t a “best of” list or anything; to make the grade, a device needed only to have run a smartphone OS, and possessed a portrait-flip (clamshell) form factor. And I needed to have heard of it at some point during its existence.

The boat for Nostalgia Isle is shoving off; let’s hop aboard! 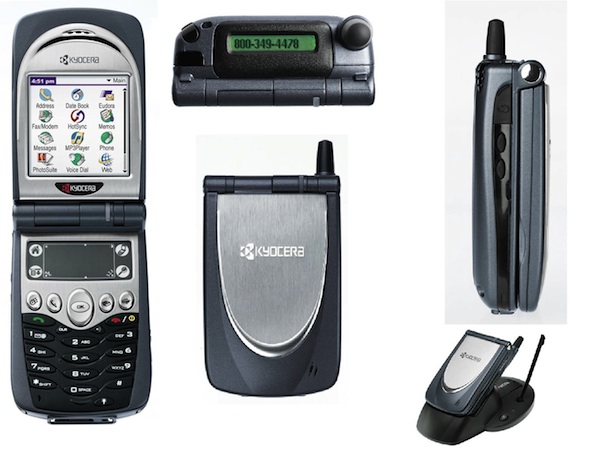 A product of Palm’s schizophrenic days, after its fragmentation into hardware and software halves, this Kyocera phone was a monster. It ran PalmOS 4.1 on a 33MHz Dragonball processor backed up by 16MB of onboard storage. Its numeric keyboard, a staple of smart- and dumb-phones in this form factor, was augmented by both the Palm Graffiti input area and a 160×160, 65,000-color resistive touch screen. Those were the days of the stylus, of course, and one of those hid along the device’s side. An extendable antenna, with the rare top-mounted loading coil, provided a network connection to the 1xRTT networks that were considered fast for the day.

Maybe the most interesting part of this device was its unusual top-mounted secondary display, a one-row black-and-white LCD strip which provided signal strength, battery life, and caller ID information. In the days before front-facing external displays on color-screen smartphones (or at least, the days before Kyocera could figure them out), this was a novel solution to a new problem. One of my college professors carried the 7135, and it was always interesting to see him decide whether to take a call by glancing at the top of his phone as it sat in its (also huge) belt clip. Kyocera may not be doing much interesting these days, but at the time, this thing was pretty special. 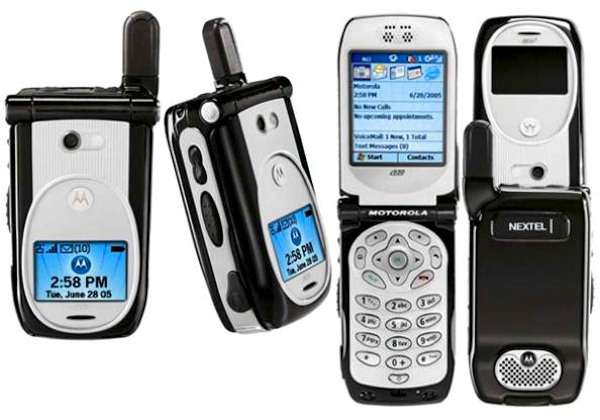 When it launched in 2005, the Motorola i930 was already behind the times: with no Bluetooth capability, an outdated version of Windows Mobile, and positively fat 30mm thickness, it would have been laughed out of most carriers’ retail stores. But the i930 had two things going for it: it had been delayed for over a year, allowing it to build a huge amount of buzz; and it was the only non-Blackberry smartphone available on its launch carrier, Nextel.

Accordingly, this device commanded a level of prestige unseen by almost any other Nextel device- and in 2005, with nearly 20 million subscribers on the iDEN network, that meant a whole lot more than it does today. Even with its outdated specs -a 4,096-color 176×220 display, VGA camera, and data speeds topping out around 20 kbps, people lined up for weeks to buy it. I’ll be going into this in a bit more depth in a future throwback review, but for now, you’ll have to trust me: the i930 was possibly the most hyped device in Nextel’s history. 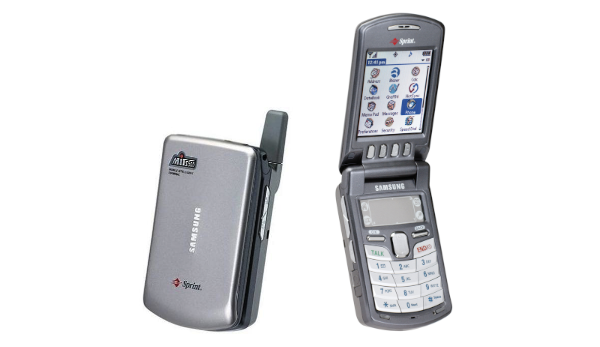 Kyocera wasn’t the only company to get in on the fun of building hardware to run the popular PalmOS platform. Samsung’s SPH-i500 was approved by the American FCC just a month after the 7135 discussed above, and bore quite a few similarities to its Japanese counterpart. Though it lacked an external display, the i500 improved on the 7135 in almost every other way: it featured a more compact design with stub antenna, a Dragonball processor clocked at double the speed (66MHz), and a slightly higher-resolution display that measured 162×176.

The i500’s legacy is something of a sad one; its compact form factor and smart internals made it popular to a limited extent, but its status as a Sprint-exclusive device limited its adoption in the States. Its design was used as the basis for the SCH-i600, a Windows Mobile-powered variant that saw life on Verizon, but several of its planned GSM and follow-on derivatives -the SGH-i500, i505, i530, and i550, to name a few- never saw the light of day. I was one of the ones waiting for the SCH-i550 that would never come, and its cancellation was an early sign of the coming sunset for clamshell smartphones. 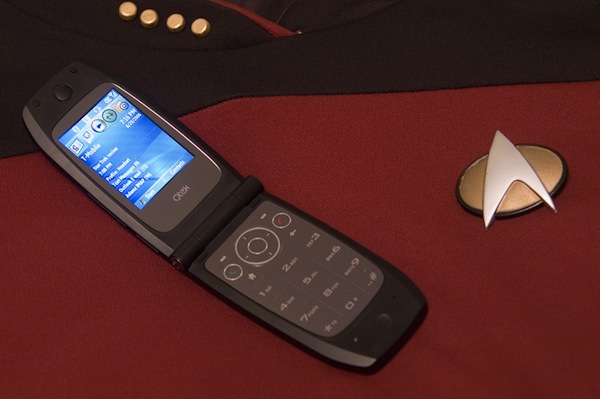 The Star Trek/StrTrk/Star100/3125/Smartflip had a bit of an identity crisis: it was advertised under all those monikers, in addition to suffering through manufacturer badging as an HTC, iMate, Qtek, and Dopod device. Our own Adam Z. Lein got to review this one in the heady days of 2006; that review’s layout has suffered some in the Pocketnow reformat, but its text offers a wonderfully detailed look at this unique device. It’s also where I got the magical image above.

Back to the phone: With the exception of the Blackberry Style (mentioned later), the HTC Star Trek might well have been the last real, widely-available flip smartphone sold by a U.S. carrier. It’s more modern than the others we’ve discussed so far, and its spec list reflects that: for the time, its 195Mhz TI 850 OMAP CPU was a respectable core, and it was backed up by 64MB- both on the RAM and ROM sides. That was expandable via Micro SD, a good thing since the camera was a 1+MP shooter that generated larger images than the VGA cameras which were prevalent up till that time. Its display rendered Windows Mobile 5 at 240×320 resolution, and the whole thing came in at just 15.7mm thick when closed; this was definitely a post-RAZR device, and bringing that kind of slimness to the world of flip smartphones was impressive, no matter what OEM badge graced the phone’s cover. 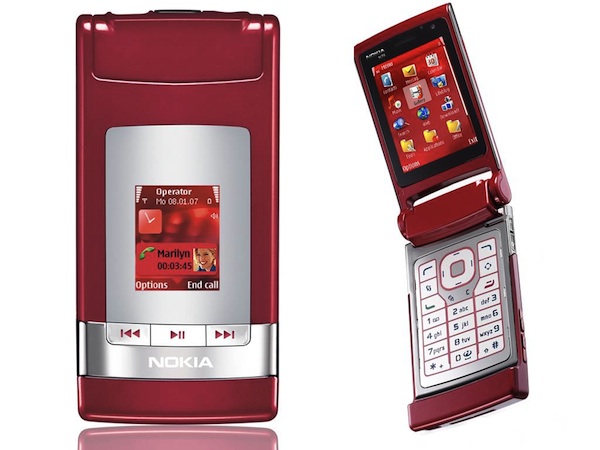 The Nokia N76 came to my attention in a strange way. The device wasn’t ever pushed by a major U.S. carrier, so I wasn’t even aware it existed until well after it was discontinued. Nokia, though, had built a limited run of a special N76 variant for a movie promotion, and I snapped one up on eBay. When I realized its origins, I looked up the stock version – and found a Symbian-packing flip smartphone that I’d have been proud to carry back in the day.

Like most Nokia N-series devices, the N76 packed quite a few features for its time. It ran Symbian S60 3rd Edition on a 16-million-color, 240×320 display. Onboard storage was limited to 26MB, but a MicroSD card slot allowed expansion up to 2GB. The onboard camera offered a respectable 2MP resolution. Like most of the GSM phones mentioned above, the N76 supported EDGE data, but it also packed WCDMA support for Europe and Asia into its stylish, 13.7mm-thin frame. It exemplifies well the engineering and design prowess that characterized Nokia for much of its existence, and looking at it today reminds us just how much greatness the company was once -and still is- capable of. 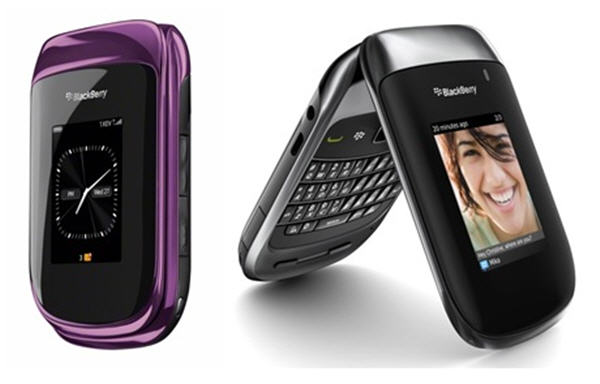 Considering RIM’s current state, it doesn’t feel quite right to end this list with a BlackBerry, but the 9760/Oxford/Style had some things going for it. It was a brave move by RIM to shake up its traditionally slab-only lineup with a clamshell device (let’s just forget about the Pearl Flip, shall we?). I remember holding this device at an Engadget meetup just before its release, and thinking that if I had to own a BlackBerry, this was the model I’d go with. It felt nice in the hand, the outer display was gigantic and could be controlled using the side keys, and you got a full QWERTY keyboard in a flip form factor- a BlackBerry keyboard, no less.

It’s just a shame about that operating system. The Style/Oxford ran BlackBerry OS 6, and even though it was one of the first devices to ship with that OS, the platform was already feeling stale when the Style hit the market. That, along with its Sprint exclusivity in the States and its less-impressive feature set, may have doomed this device from the start. Still, there were things to appreciate: the display was a fairly bright 360×400 panel, augmented by that huge external LCD at 240×320. The camera was 5MP, and MicroSD expansion was available up to 32GB. EvDO was on-board, allowing for pretty impressive data speeds at the time it was released, and the whole thing came in at just under 18mm thick when closed. If it wasn’t a BlackBerry, or if it had come onto the scene two years earlier, I’d have bought one on the spot.

Back To Life, Back To Reality 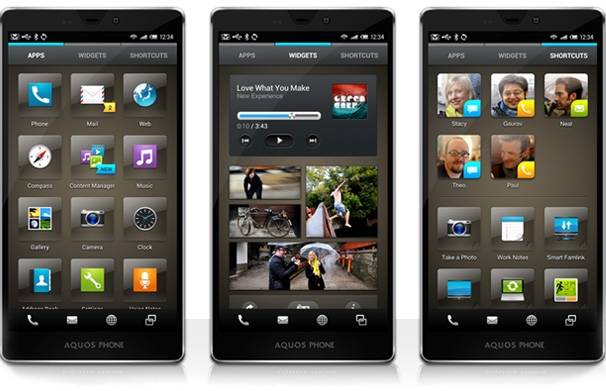 Sadly, for now, the days of capable, smart flip phones have passed. The occasional oddball will still trickle out, an experiment from some division at Samsung or Sharp which specializes in weird, low-profile devices … but most of us outside of Japan live in a smartphone world dominated by slab devices. Sure, they’re getting easier to tolerate as manufacturers like HTC and Nokia push the boundaries of hardware design. But they don’t have hinges for fun folder action, they don’t snap satisfyingly closed at the end of a frustrating call, and they don’t fit as well in a pocket. And worst of all: they don’t let you play Captain Kirk secretly in public. That’s probably the biggest loss of all.

The best part about pieces like this is the nostalgia they generate in the comments. Drop us a line telling us what your favorite smartphone of ages past was, and what it would take for you to rock a flip phone again.

The design appears to match with the render in the cover image.