Which tethering method is better: WiFi, Bluetooth, or USB cable?

When you need to access the Internet away from home you could connect through your smartphone. But which tethering methods are available and which is best?
Published 21 March 2014, 07:28 EDT

Tethering is one of those things that many of us got really excited about way back in the early days of cell phones. Here we had a little phone that we could connect to our laptop which would let us access the Internet or closed network (the office, university, etc.) without having to plug into a land-line to do so. Speeds weren’t all that great, but being able to work from anywhere often trumped that.

Today we have our choice of various high-speed technologies offered by any one of a handful of cellular carriers. We also have numerous ways to connect our laptops to our phones — and we have many more devices than just laptops that need connecting. That begs the question: which is best out of all the tethering methods? 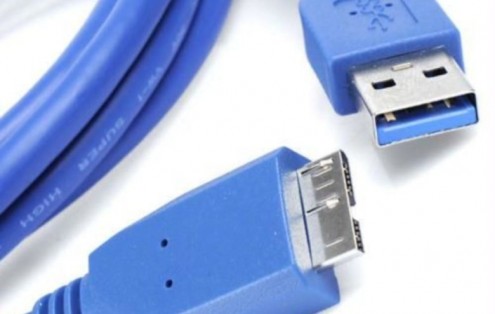 If the device you’re connecting is able to connect to your smartphone or tablet (whichever device has the data plan that you’re using to tether through), that’s probably the best option. Tethering consumes energy by expending power through the antenna to communicate with the carrier. When you connect via USB the device (we’ll call it a laptop, for the sake of simplicity) gets power via the USB cable. In essence, this charges the device (which we’ll assume is your smartphone, but it could just as easily be a carrier-connected tablet) while you’re using it.

Since the tethered connection is hardwired rather than wireless, it’s arguably more secure, and should be faster.

Drawbacks to this approach include the fact that not every device that you want to tether can do so via USB (tablets, for instance). Additionally, this method may require special configuration to be made on both devices, and may even require custom software on each. Your laptop has to be within arms reach of your cellphone, and only one device can share your phone’s Internet connection.

Tethering via WiFi is one of the easiest to set up, and is arguably compatible with the most types of devices. Simply put, if your laptop (or other device) includes WiFi support, you should be able to tether via WiFi just as quickly and as easily as you would to any other hotspot.

Major advantages using this technique are that it’s quick, easy, and compatible with almost everything. You’re also not limited to connecting just one device like you are with the USB method, though some OEMs cap connections to five or so.

WiFi, depending on what security configuration you use, could be anywhere from not secure at all, to “fairly” secure. Also, since you’re not required to plug in to a USB port, your battery is going to drain while you’re thusly tethered. Bringing along a wall charger or a portable battery pack would be advisable.

No, it’s not just for headsets and handsfree kits! Bluetooth is an excellent method for tethering. Similar to Wifi, you can connect multiple devices to your smartphone wirelessly. Just like with WiFi, since no cable is required, power consumption is something to keep in mind.

Since Bluetooth is specifically designed for mobile use, in most cases it’s a bit nicer on your battery and consumes less power to do the same job as WiFi tethering does. Also like WiFi, Bluetooth is “fairly” secure.

Each tethering method has its pros and cons. We’ve touched on a few of the more notables ones here. Ultimately, whatever your circumstances are will guide your decision-making process. Hopefully, after having learned about the different methods, along with their features and drawbacks, you’ll have a few more “tools” in your “toolbelt”, and one may work out better for you than the others.

What are your tips? Which tethering method do you use, and why? Head down to the comments and let us know!

Now that the feature is integrated within Gmail, you can delete the standalone app.

The Galaxy Tab A7 Lite is touted to pack a 5,100mAh battery. As per the renders, it…