Xiaomi who? The Mi MIX 2 is due out on September 11 to push bezels to the edge once more. Vivo isn’t taking that face down.

There’s always something less to stare at in China when it comes to smartphones. What do we mean? Well, prominent brand Vivo is aiming to gain some headway on competitor Xiaomi as it’s set to debut the Mi MIX 2, challenging bezel frontiers once more.

As a sort of “pre-buttal,” vivo is teasing its X20 with its own limited-bezel display on Weibo. 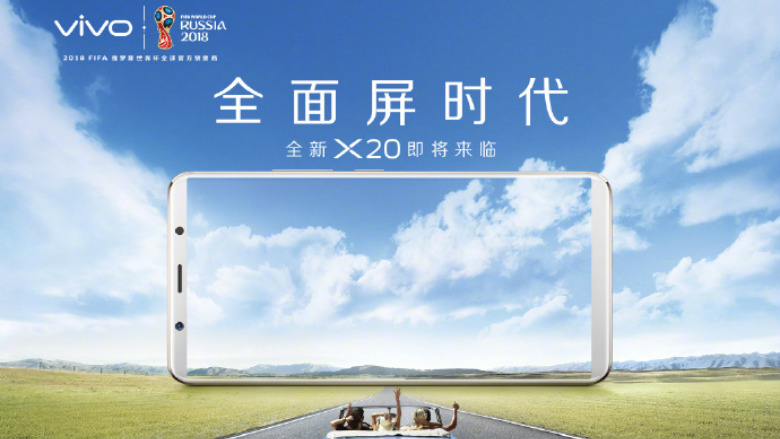 When it comes to marketing the lack of bezels, these pictures do the trick quite nicely. But what’ll be on the back of the phone?

Well, pictures have surfaced from Chinese telecom hardware regulator TENAA and the answer seems to be standard fare, done in a frumpy fashion: a dual-camera module that screams OPPO — if only because the two companies are bound by the same parent holding group — at top that protrudes just a bit from the surface and a rather ugly fingerprint sensor with the vivo logo slapped below it. Not a salivating design, but it gets the job done, we suppose.

Through AndroidPure, we learn that rumors are talking about full HD displays for a standard X20 and what may be an X20 Plus (seen at TENAA as the ‘X20A’) with diagonals of 5.2 inches and 5.5 inches, respectively. Each will have a Snapdragon 625, 6GB of RAM, Android 7.1.1 and 3,500mAh batteries. And you know we’re talking about a vivo phone when we talk about the selfie camera: it’s said to be a stunning 24-megapixel unit.

Of course, the rumor mill might lie, but it seems that the pictures don’t. Well, not much as it were — the darn thing has yet to be publicly launched.