Is TCL bringing Palm back a good thing?

TCL bringing Palm back could be a good thing, or a bad thing. It depends on the approach. Was it necessary? Will it help? These questions and more are here.
Published 14 January 2015, 10:00 EST

Last week at CES, we got some exciting news. Palm is coming back, and this time, it means war! Ok, that’s not the exact message that was being broadcast, but still Palm is coming back. Who, you might wonder, is the patron of our beloved lost OEM? TCL Communications, a Chinese OEM who also holds Alcatel Onetouch, that’s who. Palm, it seems will be the high-end hardware to compliment the mid to low-end phones brought to you by Alcatel Onetouch.

So this is great news right? Palm is back! Well… 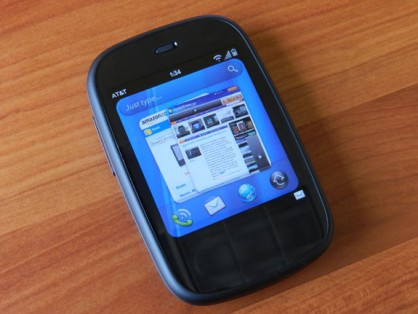 That being said, TCL has the right idea. According to its press release TCL wants to use Palm to “rebuild the brand involving Palm’s very own community, making it the largest scale crowd-sourced project ever seen in the industry.” This is a great way to work a company because it’s extremely consumer friendly. A company that tries to reach out and build a community is going to inspire the kind of passion in a platform that…well…Palm did back in its heyday. webOS got off to an amazingly positive start because of this very community. So in that way, TCL’s motives are really great.

This makes me wonder if TCL is shooting for the “get rich quick” strategy here. If TCL is just trying to (for lack of a better word) poach the Palm community to get a quick start on community building, then I’m not sure it understands the Palm community all that well.

First and foremost, what may have once been the Palm community is now, or at least became the webOS community. That community shifted over – reluctantly – to the HP webOS community. So bringing back the Palm name won’t necessarily mean an automatic user base. That is mostly because webOS isn’t coming back with it.

But more importantly, Palm itself hasn’t existed in almost five years. Put simply, it hasn’t existed in about 5 generations of iPhone. Palm users have largely moved on. There remains little passion for the brand any longer. So it TCL missing the point? 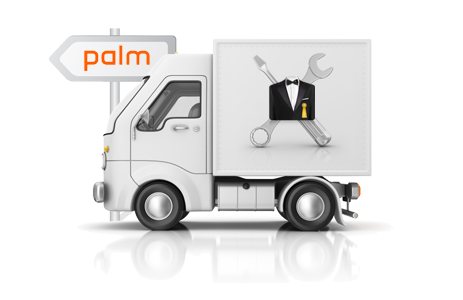 If TCL’s intention is to build a phone and slap a Palm sticker on it and expect it to sell, then yes TCL is missing the point as much as HP was missing the point. But if TCL’s intention is to rebuild a user community following the philosophies of Palm from back in the day, that’s a great thing. That being said, TCL doesn’t need the Palm name to do that. TCL can build a community, just like any other company can (and has) built a community – though a combination of grass-roots efforts, effective marketing, and most importantly, a great user experience coming from both hardware and software. You can call your company Moe’s house of phones, and as long as you have all those elements, you’ll be set.

Something about TCL bringing back the new Palm just feels either fake or dirty or both. I’m not sure how I’m supposed to react to a resurgence of Palm. Am I supposed to be excited about a Palm branded Android phone? If it’s a great phone, I don’t have a problem with that, but again, it doesn’t have to be a line of great Palm phones. It can just be a line of great phones.

On the other hand, why shouldn’t Palm get another shot? Palm is one of those storied brands that just evokes strong warm and fuzzies, so why not build that back up to its former glory? It’d be like an iconic building that burns to the ground and is rebuilt beyond its former glory. There’s nothing wrong with that. Lifetime movies are predicated on that very concept. This is starting to sound a lot like a weekend debate piece.

So overall, I guess we’ll have to wait and see how this is handled. If indeed Palm is back and it’s going to make a solid effort to product high quality phones with an incredible experience, then yes, you can be happy about Palm coming back. If Palm’s name is being used in a marketing stunt to pass off ho-hum hardware for no better reason that brand recognition, then feel free to be angry. I’m content for now to wait and see with a healthy dose of skepticism.