Why aren’t we talking to our phones more?

Talking to my phone is probably one of my favorite things to do with it. Asking my phone’s voice assistant to perform tasks such as giving me the weather, texting my wife, or looking up information is pretty cool, and so much more convenient than doing it “the old fashioned way.” What I mean is, launching an app from the app drawer, or typing I-L-L-B-E-H-O-M-E-I-N-2-0-M-I-N-U-T-E-S. People do crazy stuff on phones these days, and talking makes everything so much easier. So why don’t more people talk to their phones? I’ve asked that question and decided to delve. 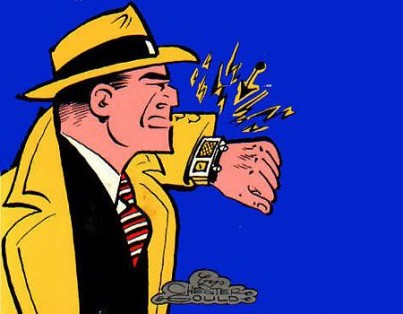 Talking to devices is the future. When we were kids, that’s what people in Sci-Fi shows did. Dick Tracy talked into his watch. That was a slightly different scenario, but David Hasselhoff called his car with his watch. Again, this is more communication but when the Hoff called his car, it came, often through a wall. So essentially, Knight Rider showed us how using your voice could initiate an action. Remember Hal? Homicidal tendencies aside, it was pretty awesome stuff.

In Star Trek: The Next Generation, we took that concept to 11, with verbal commands issued to the Computer. With your voice you could do anything from making herbal tea to blowing up the whole darn ship. This tells me two things. Not only did we as kids see all of these concepts on TV so they could capture our imagination, but the adults who created those shows wanted to do that as kids themselves. This is generational thinking that we’re talking about. So now that we can, we don’t. What’s up with that?

A large part of the reason is that people look a little crazy talking to their phones. I don’t mean like Arkham crazy or anything like that, but talking to your phone isn’t something that a lot of people do. When Siri debuted in 2011 – five whole years ago – snarky technologists (read: me) envisioned a future of Starbucks full of people shouting at their phones. This is a future that has largely gone unfulfilled, unless of course I’m in a Starbucks, which also never happens, by the way. But is that the only reason?

Another reason why people don’t talk to their phones in public is privacy. Not everyone wants to broadcast to the entire train car that they are texting their girlfriend. Especially not when they are reporting that the doctor said the rash isn’t contagious, probably. Because, you know, yikes. One of the main problems with talking to your phone is the “talking” part. There are certainly texts that I have sent to people that I have typed specifically for this reason. And no, I wasn’t texting about a rash.

Another problem with voice activation and dictation is the darn thing doesn’t always work. It’s not as reliable as people think it should be which creates a problem. Reasons for failure can vary from poor internet connection, to poor Bluetooth connection (when using a watch), to the most frustrating part: everything is just fine but the actual recognition fails for whatever reason. Maybe you’re a mumbler, or your wife’s name is similar to the name of a pizza parlor, but man it’s frustrating when you ask your phone to do one thing, and it does something completely different. So maybe we have trained ourselves off of the technology. 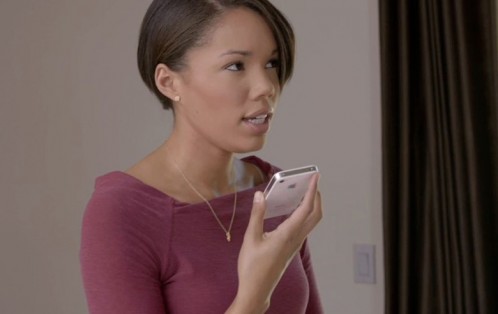 So what can we do about it? How will talking to our phones ever become mainstream? When will it become the norm? And most importantly, how can you help? First of all, use it as often as possible. Every phone has a pretty solid voice assistant, even BlackBerrys. So use them. Even when it’s frustrating, even when you’re in public, and most of all both – when it’s frustrating in public. Eventually you will train yourself to execute the commands you want. And you will encourage others to do the same.

It will take time, but you will be able to get your phone to do what you want. Earlier this evening, my son was using my phone asking Google for various things, because he’s nine, so why not? At one point he said, “OK Google” four or five times without successfully activating it, until I chimed in and activated it perfectly from across the room. This happens often with my wife as well, and drives her a little nuts, I’m happy to report.

But the point is it will take training, and it will take time to get used to it. Bots may help. I’ve been talking about bots a lot since Microsoft put a lot of emphasis on them at Build this year, bots can do a lot to help in situations like this. Right now, you have little leeway as to how to execute voice commands. You may not necessarily have to dictate exactly the same thing every time, but I still need to remember that “How are the Blackhawks doing” will return the league standings, and “What is the score of the Blackhawks game” will give me the actual score.

In short, we need to train our machines better, and we need to learn a little bit too. And these two things are holding back one of the coolest parts of technology available to us today. Like our heroes of old, we have the ability now to talk to our machines and get the result we want. Is it as seamless as Star Trek? No, and now that I think of it, some of the text messages that could have been accidentally sent to Starfleet would have been hilarious. But the tech is there at the tip of our tongue and we just need to start using it to make it as great as it can be.