Stop blocking my view with your tablet

Having cameras on tablets provides a nice, convenient utility. So why does it get so much hate? Read why we don’t condone taking photos with tablets.

Taking photos is an activity practically everyone partakes in, whether it be for a profession, capturing an important moment, keeping track of vital information, or just for fun. Out of sheer convenience, smartphones have quickly become the go-to device for snapping photos for the vast majority of the population, and also because mobile camera technology has improved exponentially since the turn of the century. 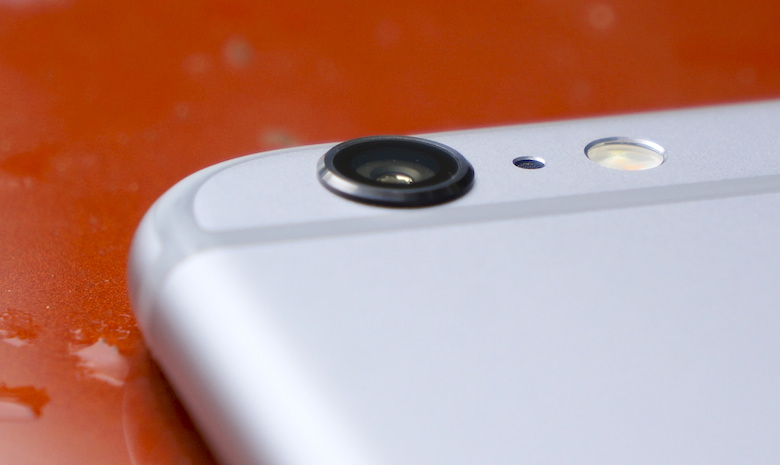 Smartphones often make rather amazing cameras, and they slip into your pocket much easier than their dedicated point-and-shoot counterparts. It may not be a direct comparison between the two (yet), but the image quality disparity between smartphones and point-and-shoots is so minuscule in many situations that people have no problem trading a little image quality for a huge boost in convenience. I know I don’t, though I have a habit of complaining about how terrible some mobile cameras are – it comes with the territory.

Along with the sudden camera advancements in smartphones came better cameras in tablets. At first, tablets only had front-facing cameras for obvious reasons – video calling, a task tablets were practically made for. In fact, the very first iPad came with no camera whatsoever, and the first Nexus tablet, the Nexus 7 (2012), only had a front camera. But later versions of those tablets – and practically every other tablet in existence today – comes equipped with cameras on both the front and back.

At first, it didn’t make a lot of sense. Consumers were asking for tablets to have cameras for a reason that is completely beyond me. After owning several dozen tablets, I sort of get it. I use the camera on my tablet quite often, but not for the reasons you might think.

Let me be clear. For more reasons than one, you look absolutely absurd standing on the fringe of a crowd holding your 7- to 10-inch tablet in the air to take a photo. Likewise, you look a little crazy holding it up and taking a selfie in the mirror. See example photo above. (My girlfriend likes to steal my iPad to take selfies in the mirror just to drive me mad.) 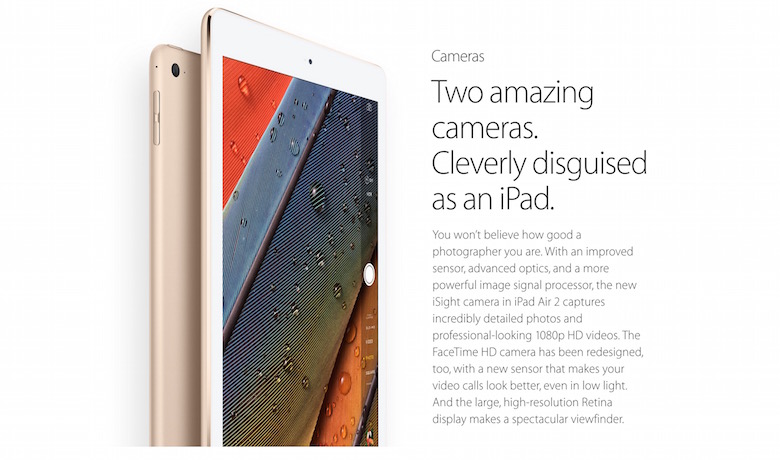 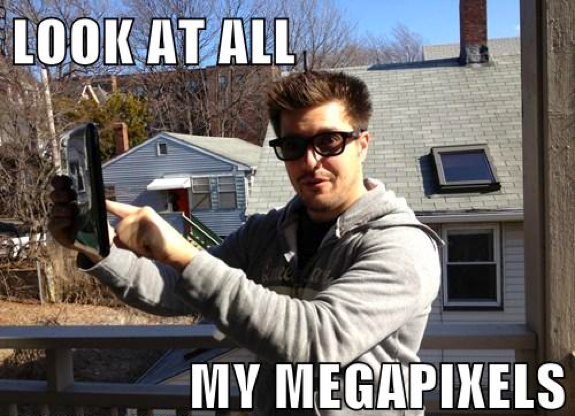 Why do you look absurd? For one, you’re holding a tablet in the air to take a photo, which makes no logical sense. Unlike a smartphone, it’s not convenient to carry around – it’s more like a point-and-shoot camera … from the early 2000s. Also, it’s big. It gets in the way. If you’re in the front of the crowd, your giant tablet is blocking everyone’s view, forcing them to focus on the tiny image in the viewfinder instead of the giant, real-world happenings on the other side of the giant tablet blocking the view. And three, if you have a smartphone in your pocket, there are some incredible odds that it takes much better photos than your tablet.

Now, I mentioned that I often use my tablet to take pictures. At least 99 percent of the time, I grab my phone because it takes better photos. But if I’m working on something, such as taking a note in Evernote, and I need to snap a photo for some information, like a receipt, I will use the device that’s already in my hands with the app loaded.

But you will never see me whipping out a giant tablet in public to take a photo at a concert, a press event, a sporting event, or anything else … ever. I always feel weird and get really awkward glares when I’m reviewing a tablet, because I have to walk around taking photos and videos of all sorts of things. (The things I put myself through in the name of in-depth reviews…)

The thing is, Apple has a way of promoting and encouraging users to reach for their tablet instead of their phone. Why? I have no idea. It slapped an 8-megapixel iSight camera on the back of its latest iPad, the iPad Air 2, and even created a landing page for the new iPad and its cameras with the incredibly annoying tagline: “Two Amazing cameras. Cleverly disguised as an iPad.”

Not only do people going around taking photos with their iPads (and other tablets) stick out like a sore thumb and look ridiculous, the viewfinder software and ergonomics of shooting pictures and video with a 10-inch screen is horrible. It’s unwieldy and creates a bad experience for the user and for those around them.

That said, if you could pair your iPhone and iPad and use the larger one as a remote viewfinder for the smaller device, it could be incredible. I’m sure there is some app out there that enables just that – I know you can do it with a GoPro. But, please, stop blocking my view all the time with your tablet – 100 blinding smartphones being held up at an event is bad enough.