Can A Tablet Really Replace Your Laptop?

Learn about the rise of the tablet and see if it can replace your laptop in your daily lives?

I’ll admit it, when the original iPad came out I was somewhat “critical” of it. You may even be able to find a quote from me floating around the inner webz that goes something like this: “The iPad: it’s just like the iPhone, only bigger… and without the phone.” Yeah, I know, coming from “Joe the Android Guy” that sentiment isn’t surprising. What you may find surprising is that, although I won’t retract those words today, I will admit that the iPad and other tablets have come far enough that they’ve come far enough that they can probably replace your laptop.

In the beginning, tablets were just “big smartphones”, albeit without the “phone” as I mentioned before. Apps weren’t optimized for the larger screens, and the quality and selection of apps were sub-par. Keyboards and mice for your tablet? That was just hilarious! Who’d ever do that?! Today, however, we’ve got cases for our tablets with Bluetooth keyboards and convenient stands built-in. But do people actually use their tablets as laptop replacements? 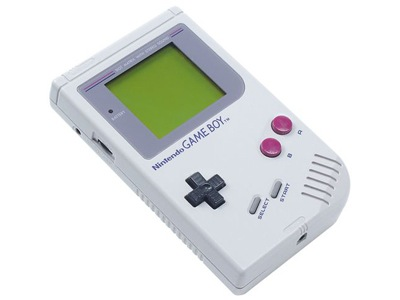 This could be you, your parent, your child, or even the guy or gal in the cubicle next to you. Their tablet is essentially a portable entertainment device. They watch video from YouTube, Netflix, or Hulu+; play games that might range from basic to fully-immersive; they listen to music from their favorite streaming provider or from their own music library; perhaps they use the social web to keep up with what total strangers their friends are doing; or they could just love the fact that they can carry around an entire library of books with them wherever they go and read them as long as they still have juice left in their battery.

This type of user may have had a laptop before to do all these tasks, but not because they had to have a laptop. They had a laptop because it was given to them by their employer or simply because it was the only way to take their entertainment on the road with them — at least in a package that didn’t look like they should still be in grade school. For these people, yes, absolutely yes, today’s tablets can (and should!) replace their laptops!

I went to college for 8 years. You’d think I’d have my doctorate or something. Alas, I made it out with only a Bachelor of Science and Associate of Arts in Information Systems and Technologies, and an Associate of Science in General Studies. The IS&T Department I attended is in the College of Business and Economics, so I was laying the foundation for a potential future Masters of Business Administration. (I haven’t gotten that degree yet, for those of you keeping track.) 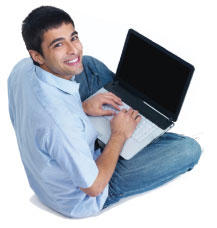 I kept notes on a Casio Pocket PC that I input with a Bluetooth keyboard until that configuration was insufficient to handle the more advance economics and statistics classes my degree required. For that I upgraded to a Tablet PC running Microsoft’s Windows OS with all the tablet enhancements baked in. I could hand-write notes; draw equations, charts, and graphs; and organize everything for quick and easy retrieval later on. I also had episodes of Star Trek: Enterprise on-board to get me through the 90-minute gaps between classes.

I don’t know how I could have gotten by without a stylus and touch-screen, though the keyboard was not optional. Copious amounts of notes were taken on that keyboard. Today, I don’t know if I could get by with “just a tablet” rather than a full-fledged laptop. I haven’t found any really good “notebook” apps that let me mix typed with hand-written notes, let me draw in them, organize easily between classes and semesters, and index everything for easy searchability on either iOS or Android. Maybe I haven’t looked hard enough, but at last glance there’s no single solution (or suite of solutions) that handles all that a demanding college student needs — though I’d love to hear from you in the comments if you have recommendations or feel otherwise. 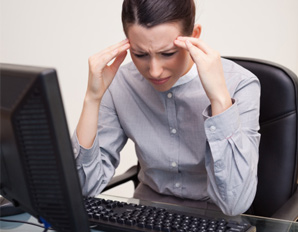 Corporate warriors come in two flavors: desk jockeys and travelers. Although these two have very different use case scenarios I’ll try to lump them together here. Why? Generally speaking, both types have both a mobile device and a desktop computer, which seem a little redundant.

Corporate types come in all flavors. Some write code, others write content, and still more crunch numbers. A different flavor creates and edits graphics, and some even get to play with videos all day. Regardless of what camp this person falls into, chances are today’s tablets aren’t quite enough to fully replace their desktop or laptop computers. Not yet anyway.

Corporate-types still need rich-featured word processors and spreadsheets, creative-types need photo and video editing suites. Ironically, the latter two are being handled better on tablets than the former — at least if you’re running iOS. Spreadsheets and word processors still seem like they’re lagging behind — in my experience anyway. 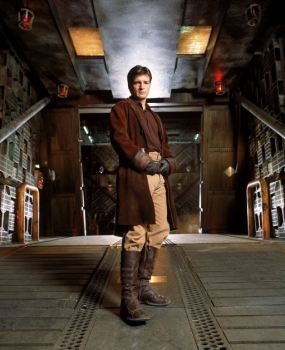 This category of person needs freedom and flexibility to move, to meet, and to land at a client’s office fully equipped and ready to work. Whether or not a tablet can fulfill the requirements of your specialty or not depends a lot on what you do and who you do work for.

In my line of work a tablet, especially when teamed up with a keyboard, is ideal. As long as I have an internet connection and an alternate source of energy to help keep me charged up, I can work from anywhere. For instance, I’m writing this article from the warm, sunny beaches of Cabo San Lucas with my toes covered in white sand and a soft ocean breeze wafting across me. Okay fine! I’m not! I’m sitting in my Utah home clacking away on my keyboard on a desktop computer running Windows 8… but I could be on a beach somewhere!

Last night, however, I met with a client that I’ve been doing some web development for, showing off the “near-final” product at a go/no-go meeting. We met a local restaurant with open Wi-Fi, and we checked out his shiny, new website using his iPad and my Nexus 4. I showed him how to add and edit content, and what his site would look like when viewed from both tablets and smart phones. It worked great, and what’s better: no laptop required.

Those are just a few cases where a tablet may or may not be able to replace your laptop. I’m curious to know about you! Have you been able to replace your laptop with a tablet, and if not why? What line of work are you in and what’s holding you back? What have been the biggest benefits to switching, or the largest draw-backs to making the conversion? We’re all eager to hear, so jump down to the comments and let us know!

The tablet could be launched in the upcoming days.