Customer satisfaction is at an all-time high for both T-Mobile and flagship prepaid sub-brand MetroPCS, according to the latest J.D. Power research.
Published 19 January 2018, 06:21 EST

T-Mobile has no spectacular new deals aimed at incentivizing other networks’ subscribers to make the switch to the “Un-carrier”, relying instead on small Tuesdays perks, good old BOGO offers and especially positive word-of-mouth for keeping up those impressive growth rates of the past few years.

How could T-Mo’s customers not recommend the nation’s third-largest wireless service provider to everyone they know when their satisfaction is at an all-time high? That’s right, not only did Magenta top the charts in its third consecutive customer satisfaction report compiled by an independent market research firm, also scoring J.D. Power’s highest ever industry grades in the 2018 U.S. Wireless Customer Care Full-Service Performance Study – Volume 1. 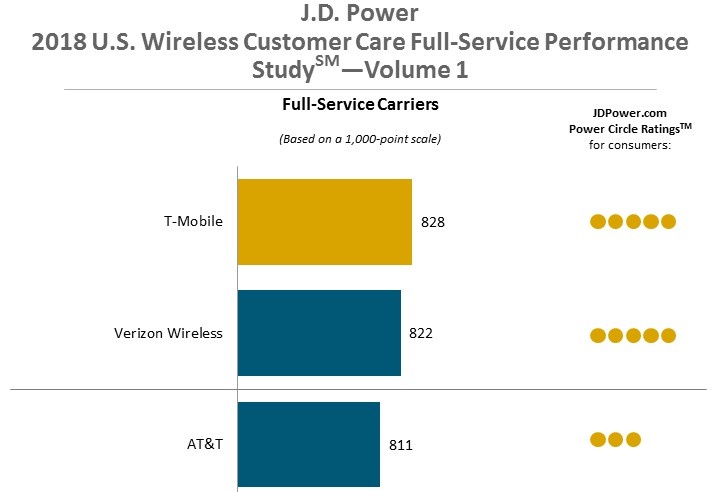 Believe it or not, the Deutsche Telekom-owned company’s “full-service” and “non-contract” divisions racked up the same exact total of 828 points out of a 1,000 maximum, beating silver medalists Verizon and Cricket Wireless by 6 and 14 points respectively.

AT&T closed out the “big four” podium, with 811 points, which just so happens to be equal to the industry average score. That obviously means Sprint badly underperformed, tallying a measly 755 points. 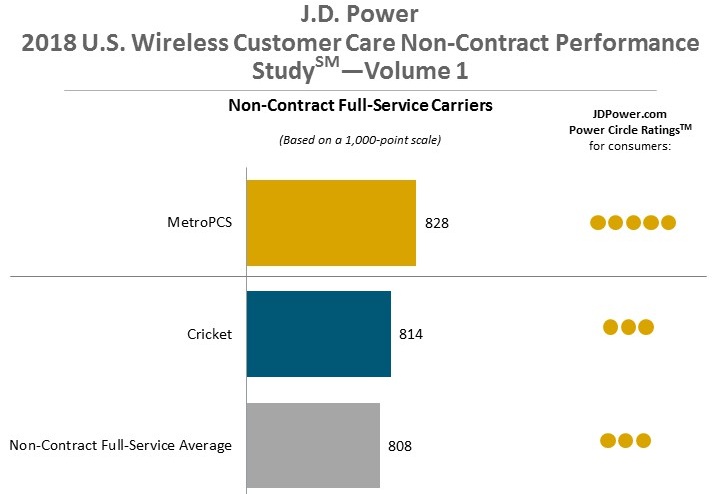 In the prepaid rankings, third-placed Boost Mobile and fourth-placed Virgin both fell short of the market’s 808 average, although the former came pretty close to perfect mediocrity, with 804 points, while Sprint’s other daughter carrier only recorded 763 customer satisfaction points.