The T-Mobile Lumia 640 will be available from Magenta in the US starting next Wednesday, June 17. Check out the details from this report!

A little more than a week from now, on June 17, 2015, T-Mobile will be launching the Lumia 640. If you haven’t already, go ahead and read our review so you’ll know whether you should be excited about this, or not. The information that next Wednesday, the T-Mobile Lumia 640 will become available comes from two different unknown sources that Windows Central is quoting in this report.

By the looks of it, you won’t be able to grab a T-Mobile Lumia 640 from the shelves; the carrier is apparently opting for a “Ship to (direct fulfillment)” model, which implies Magenta ordering it for you and shipping it to your location, or a store nearby.

Announced at Mobile World Congress at the beginning of March, the Lumia 640 is slowly making its way to the US. There’s no word on pricing for the T-Mobile Lumia 640 just yet, but it should be in the neighborhood of $80-$90, as that’s what the Microsoft store listing asked for the device, before it was taken off.

As a reminder, the Lumia 640 packs a five-inch HD screen with 1280×720 resolution, 1.2GHz quad-core Qualcomm Snapdragon 400 processor, 1GB of RAM, 8GB of internal storage (expandable via microSD card to 128GB), 8- and one-megapixel camera duo for back and front respectively, as well as all the other suspects, all powered by a 2,500mAh battery. It will ship with Lumia Denim Windows Phone 8.1, and should be upgradable to Windows 10. 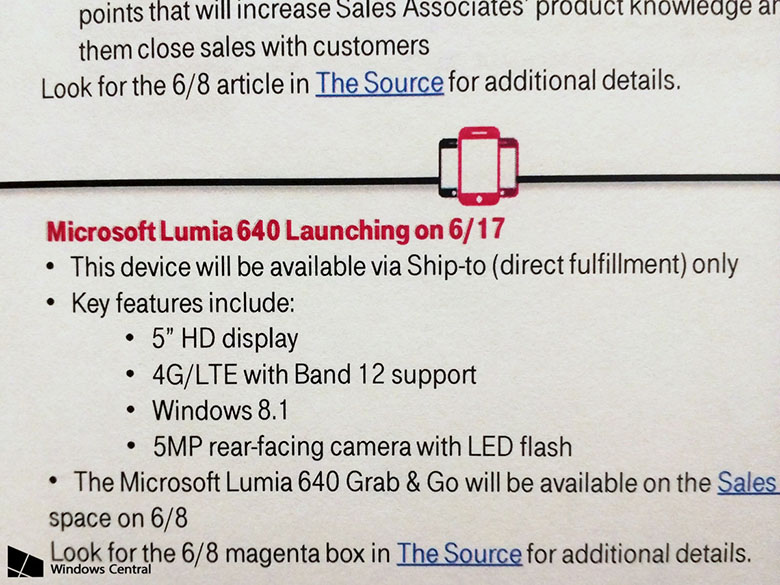 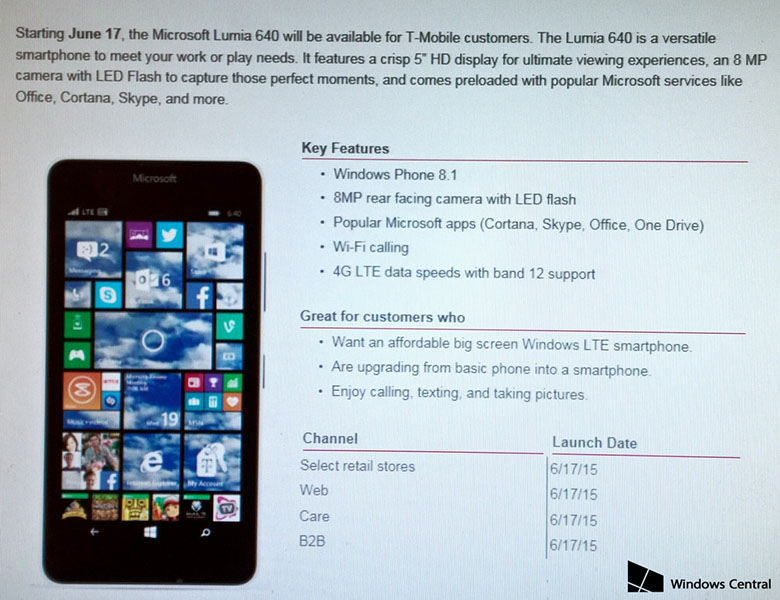