Microsoft’s just confirmed its Surface Pro power cord recall; get the details on which models are affected, and how to request your replacement cord.
Published 21 January 2016, 11:34 EST

A couple days back we got word that there was a possible design flaw with the power adapters sold with older Surface Pro tablets, and that Microsoft was expected to announce a recall. Supposedly affecting Surface Pro, Surface Pro 2, and Surface Pro 3 tablets sold prior to July 15 of last year, we heard that a wiring issue created the potential for a fire hazard. That report suggested that Microsoft would officially announce a voluntary recall on Friday, but today we see that news arrive one day early, as Microsoft confirms its recall plans.

It turns out the dates for affected models are a bit different than we heard, and that July 15 date is just for international markets; if you bought your Surface Pro in the US or Canada, the faulty power cords were sold through March 15 of last year.

The power brick itself and the cord connecting it to the Surface Pro aren’t the problem here: it’s just the cord that goes from the brick to the wall outlet. When bent over and over, or tied up too tightly, there’s the risk of overheating. Nothing so serious as a fire has happened yet, but after receiving several reports of the cords getting a bit warm, Microsoft’s not taking any chances.

If you think your Surface Pro is one with the faulty cord, click through to the source link below to get details on how to request a new cord that doesn’t experience this flaw. 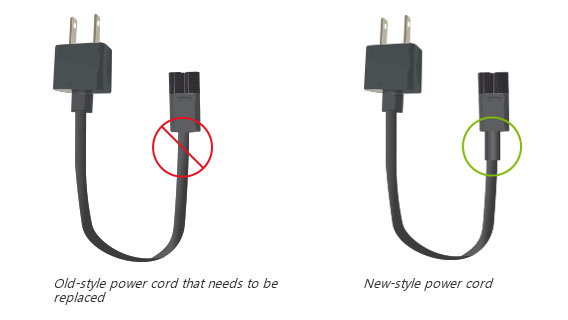 Apple is rumored to equip next year’s iPad Pros with a mini LED display that offers better color contrast and brightness output.

All your passwords, favorites, shortcuts, and even open tabs in the older Edge browser will be moved seamlessly to the new Chromium-based avatar of Edge.
YouTube 1.8M
Facebook 569K
Twitter 196K
Instagram 133K
RSS