We know that plenty of you were excited to see the start of Microsoft Surface RT pre-orders, as revealed by the responses to our poll. If you managed to get an early order in, you might want to keep a close eye on your email inbox, as some users are already reporting receiving confirmation that their new tablets have shipped. If you were holding off on placing an order, though, it’s now looking like you’re going to have an even longer wait on your hands.

Officially, Surface becomes available on October 26, when you’ll be able to grab a tablet at one of those pop-up stores Microsoft’s been setting up all over the US (and Canada). Microsoft intends to see that pre-orders get their tablets delivered by then, as well, and learning that shipments are already going out makes it look like the company will be able to live up to that goal. Depending on the shipping method being used, some lucky users might even see theirs arrive early.

Over the weekend, Microsoft ran out of stock for launch day pre-orders. Right now, the best you can hope for is a Surface tablet that ships in one to two weeks, and that’s only if you pay for an SKU that includes a touch cover; stand-alone 32GB Surface models ordered today aren’t expected to ship for another three weeks. Tracking down one of those pop-up stores might just your best option if you still want Surface and haven’t ordered yet. 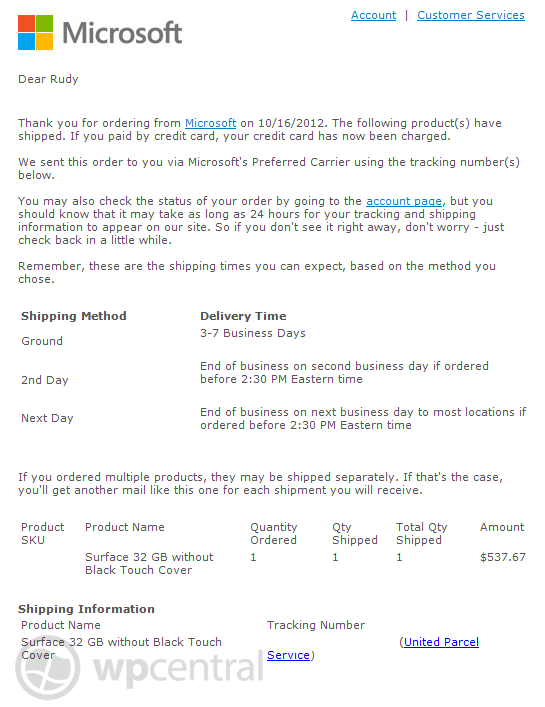 The new Fire HD 8 Plus also brings support for wireless charging to the table.