Back in May, the Surface Mini was cancelled by Microsoft. Someone just got hands on time with it and it turns out, canceling it was a good thing.
Published 01 October 2014, 10:00 EDT

Last week we heard from the good folks at Neowin about the tablet that never was, but maybe should have been – the Surface Mini. This Microsoft built tablet would have been of the eight inch variety and was pulled back at the last minute just before we got the Surface Pro 3. The Surface Pro 3 is arguably the best hardware ever released by Microsoft. It has a few teensy weensy flaws, but overall is one helluva device.

Whether or not the pull back of the Surface Mini led directly to the release of the Surface Pro 3, is unclear. It’s very possible we may have seen both of them at the same announcement had the Mini gone forward. Whichever was the case, I’m really glad we got the Surface Pro 3. That thing is just a beast (in a good way) and is the closest thing yet to a true “laptop killer.” 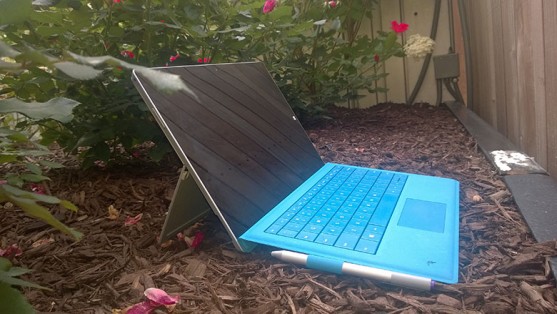 By all accounts though, the Surface Mini was not to be a laptop killer. It was meant to be another well crafted, but otherwise mostly unremarkable eight-inch tablet. What’s more, it was to be of the RT variety, which I suppose is ok, but actually no it’s not. Don’t get me wrong, Microsoft has shown that it is capable of building some excellent hardware, but there are already a lot of really great and insanely affordable eight inch Windows tablets on the market. Plus, these affordable tablets are not RT, so there’s added functionality there that make this Surface Mini just seem…ugh. 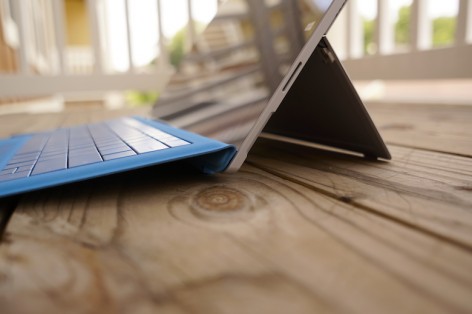 The case of the missing K’s

The kickstand, arguably one of the finer features of the Surface line was meant to be part of a non-keyboard case – a folding case that propped up the tablet in a very non-Surface kind of way. There are any number of non-keyboard cases (and even keyboard cases) that you can buy off of Amazon that will do the same thing. This isn’t a bad thing, but it’s just not a Surface thing. We’ll talk more about that in a bit. Another problem I had with the case was it was not a keyboard. It was just a protective covering for the screen, which is important for a tablet, but again, it’s just not Surface enough for me.

The Surface line of tablets has been touted as a line of “Laptop Killers”. Even the original Surface RT was more of a laptop killer than this Surface Mini idea – because it had a keyboard. As I said in my Surface Pro 3 review, you cannot kill a laptop without a keyboard. If you’re trying, you’re failing. So the idea that this tablet could have competed with a laptop is at best, laughable.

Microsoft was absolutely 100% right to put this thing on the chopping block. There was seemingly nothing “Surface” about it. Rather it was a “generic Windows RT” tablet like many others that were already out there and already not selling. To put forth a tablet with a crippled operating system with no keyboard and no kickstand and place it under the same umbrella as all other Surface tablets that came before it would have done absolutely nothing but hurt the brand.

Bottom line, back in May this was set up to be just another Windows RT tablet that probably wouldn’t sell. There were much more attractive options out there, many running Windows 8.1 Pro besides. This product would have been set up for failure for the very beginning. Could it have replaced the Surface 2? Sure, but let’s be honest, how many people are going to be replacing a Surface 2?

Am I missing something?

The writer who went hands on with the device seemed genuinely enchanted with the device. Our own Stephen Schenck also spoke well of it on the last Pocketnow weekly. Maybe they’re seeing something I’m not. Don’t get me wrong, I’m not saying Windows RT was a bad operating system in its day, but is has certainly outlived its usefulness and really has no place on any modern day mobile device. And to have released new hardware, even back in May with it as its operating system would have been several layers of bad. Whoever made that last minute call to pull the product made a good one.

It is tipped that Samsung is working on a Galaxy Tab S7 FE 5G. It could be the same device that popped up with the Galaxy Tab S7 Lite moniker.

Samsung Galaxy Tab A7 Lite has popped up on the Google Play Console, revealing a MediaTek SoC at its heart, 3 gigs of RAM, and Android 11.

Check out the latest deals from B&H and Amazon.com, where you will find up to $200 savings on select iPad Pro models and more devices on sale
YouTube 1.8M
Facebook 570K
Twitter 197K
Instagram 133K
RSS