Are you getting a Surface 2? (Poll)

Tell us about the accessories and hardware configurations that really catch your eye in our new Surface 2 poll.
Published 24 September 2013, 07:06 EDT

Microsoft launched its new Surface tablets yesterday morning, following up last year’s initial foray into this tablet space with a pair of models intended to address some of those earlier shortcomings.

What we ended up seeing was OK, and already largely foretold by rumors and leaks, but I can’t help coming away from the event feeling a little underwhelmed; sure, a lot of the new hardware sounds great, but is this really a brave new era for Microsoft and Surface, or just a rehashing of old ideas? Let’s take a little look at what Microsoft brought to share, and then find out what you’re thinking these new products.

The new RT version of the Surface family, now just the Surface 2 is thinner, lighter, and gets an updated 1080p display. The kickstand now conforms to one of two orientations, and battery life gets a boost. In many ways, it’s a clean, iterative update – but is that going to be enough? 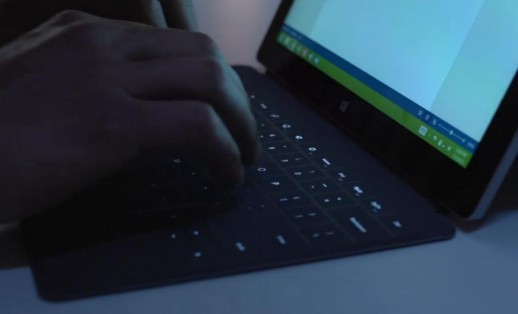 I mean, even if the new SoC and the presence of Windows 8.1 RT help overcome the lag the first Surface RT suffered from, what about its other shortcomings? Covering the news, I found myself focusing-in on the same 32GB and 64GB storage options that last year’s tablet had, and recalling all the disappointment over just how little of that space was available when those models shipped; would it have killed Microsoft to make a 128GB edition?

The Surface Pro 2, unsurprisingly, comes off as much more flexible. Besides the obvious benefits its full Windows OS offers, it sees its own display improvements, performance gains, and shares the same new kickstand.

This time, however, Microsoft pushes the limits when it comes to tablet configuration, not only offering a 512GB storage option, but giving shoppers a choice between 4GB or 8GB of RAM. Sure, it would be nice to be able to select storage and RAM options independently, but even with the four SKUs Microsoft’s making available, I have a feeling most users will find a pairing that works for them.

But the funny thing is – at least as far as I’m concerned – for an event that set itself up to be about these new Surface tablets, the most interesting announcements weren’t about the tablets at all, but the new accessories that would be available alongside them. 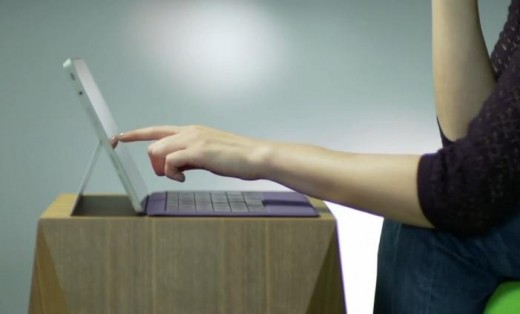 The old Touch and Type Covers get upgrades, slimming down and offering backlit keys. Then there’s the new Power Cover with its extended battery and the totally unexpected Surface Music Kit, a unique accessory leveraging the Touch Cover’s hardware to offer a custom interface just begging to be used by DJs and audio engineers.

The Power Cover sounds great, but I’m not sure about the new Type Cover, which sacrifices key travel for thinness. And this mixer cover, while pretty cool looking, is a seriously niche accessory that I can’t see many people buying – would it have been so hard to just make a “blank” Touch Cover and then offer swappable input overlays for QWERTY, sound mixing, or what have you?

Finally, there’s the docking station – again, a product that was nearly fully revealed in leaks. It sounds like it will do what it needs to, offering the usual assortment of ports for connection to external monitors, networks, and accessories, but the lack of compatibility with the new (RT) Surface 2 could be a deal-breaker for some users. There’s also its availability to consider, not getting here until sometime next year.

All in all, I’m left with mixed feelings. There’s a lot of “good; you should have done that a while ago,” and the new accessories are really interesting, but where’s the hook? The Pro 2 has its “I can run regular Windows apps,” but so did last year’s Pro; if you weren’t a fan there, I’m not sure why you would be excited this time around. And these prices? So much for Microsoft introducing this new stuff at last year’s recently-discounted levels, as had been rumored.

But enough about my sentiments. What do you guys think of Microsoft’s latest tablet offerings? I’ve set up some polls below to capture your feedback and see which of this new Surface hardware you intend to pick up for yourself.