What would Steve Jobs say about the iPhone 5S and 5C?

As we were all preparing for today’s live coverage of Apple’s iPhone event, Brandon made a statement behind the scenes that we all agreed with: “It would’ve been great if Steve Jobs was still around”. I know that not all of you have good thoughts about Steve, or Apple for that matter, but I’ve always been of the mentality that we should honor people where honor is due. Apple didn’t invent the GUI, and still, if it wasn’t for the first Mac, we would’ve probably spent another decade memorizing computer commands and code. Then we saw an Apple decline without Steve, up to the point where they had to hire the guy back before the company went bankrupt. It was clear that the first Mac was 10 years ahead of its time, and investors didn’t realize it until it was too late. Apple didn’t invent the digital music player, but if the iPod never came to town, I’m sure it would’ve taken a while for any of them to fit a thousand songs in our pocket more than a decade ago. In that same way, Apple didn’t invent the smartphone, but under the leadership of Steve Jobs, the company redefined what a smartphone should be.

Some people may not realize this, but there’s an Apple before the iPhone, and an Apple after it. This single product has been so defining for the company, that as a separate business it would be bigger than Microsoft, and it makes for more than half of Apple’s sales year over year. Apple’s wealth in the stock market was defined by the iPhone. Simply look for Apple’s stock price in January 2007 and compare it what it is today, and you’ll understand why this was Steve’s baby in every sense of the word.

Before the iPhone 5 was launched, we lived through a full year of rumors that predicted this device to be Steve’s final masterpiece. When I wrote this same editorial last year about the iPhone 5, I sadly disagreed with that. It was a pretty phone and all, but there are elements in its design that simply didn’t match with other products that were actively led by Steve in previous years. Still, if you watch my After The Buzz on the device, you’ll know that a lot of my negative opinion about this phone was changed when I actually held it for the first time.

This year, Apple is changing their strategy with the iPhone in a dramatic way. Instead of keeping the iPhone 5 and dropping its price, they decided to leave the design for the higher-end iPhone 5S and build a plastic iPhone 5C to retain the exiting iPhone’s spec offerings. I guess the biggest question is if Steve would agree with Apple’s new way to approach the iPhone, or if he would disagree. Even though we’re not experts in the subject, we’ll use previous examples of what Steve did with other products, and we’ll go through each iPhone, and what his thoughts might’ve been on today’s launch. 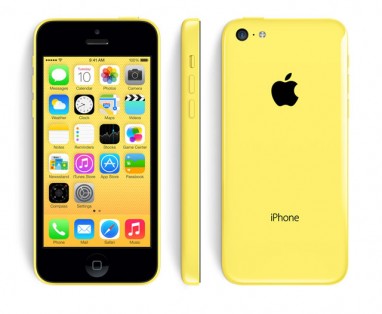 Most people see Apple as a company that only caters to the high-end market. I always find it funny when people call the iPhone an expensive phone, and yet it retails at the same price that every competing flagship. Most people assumed that a budget-oriented iPhone would never happen, and yet, Steve’s approach to business was actually budget oriented.

If you hear the D7 conference and Bill Gates talk about the first Mac as they worked on it with Steve Jobs, even Bill admits that the Mac was a much more affordable computer as part of Steve’s goals. He sadly couldn’t beat the board of directors on that argument, but his intentions were always focused on the mass population. Another clear example is the iPod nano, the iPod Shuffle and the Mac mini. People don’t remember this, but the first iPad was significantly less expensive than any Tablet PC in the market when it launched in 2010, and half the price of the entry-level MacBook as well. Color is also not a new thing for Apple since the deceased iPod mini made the scene years ago. If you’re struck because of the anodized aluminum of some smartphones today, I suggest you rewind the track to 2004 when the iPod mini was launched.

The iPhone 5C is clearly another step in Steve’s footsteps. It’s been 12 months since we use the iPhone 5, and we still find competing devices to struggle against it when it comes to performance and camera quality. The iPhone 5C is simply an iPhone 5 with a new chassis, which allows Apple to retain the high-end aluminum design for their new flagship. The fact that the 5C is just as powerful as the 5 is another clear example of Steve’s mentality, and we see it on the Mac line evidently. Every time people ask me if they can edit video on Final Cut using an entry-level MacBook Air, my answer is always the same: “You can run any app on any Mac, and in either of them, the app will run well to an extent. The difference is how long it’ll take the computer to create the video”. Now we’re seeing that mentality come to the iPhone as both the 5C and 5S will run iOS 7 in the same way, as long as hardware supports the services.

Steve would’ve most likely felt mixed about the iPhone 5S

When you see products like the first iPhone, or the first iPad, or the first iPod, or the first MacBook Air, or the new Mac Pro, it’s clear that Steve focused on leap-frogging competition with Apple’s products, and not just launching “me too” devices. There are things to praise about the iPhone 5S, and things that we’re a tad disappointed about, and that’s mainly because 2013 has posed new levels of competition to Apple, that we feel they’re not addressing as Steve would’ve.

On the positive side, Apple’s fingerprint concept for phone security is something that’s been long overdue in the industry. Many have tried and all have failed. Still, Apple finally nailed it, and that’s clearly an example of how they’ve followed Steve’s legacy. They weren’t the first, but they nailed it better than anyone. I wish I could say the same about the A7 processor, and its new mobile architecture, but that’s one thing we’d need to test before we talk about.

The negative side is mainly the non-existent camera enhancements. Yes, Brandon and I will admit that the iPhone 5 still takes some of the best photos in the market, but that won’t be for long. At times when optical image stabilization and low-light photography have become the new focus for Windows Phone and Android, the fact that Apple focused on bringing us a new type of LED flash is just plain terrible. It’s as if the engineers didn’t get the point of where the trend is going. Regardless if this new flash technology is great, taking photos with a flash is not what makes good photographs. It gives you a decent alternative for low light, but it’ll never be as great as OIS when it comes to color accuracy and depth. This is clearly an area of intense opportunity for OEMs in 2014, and the fact that Apple has decided to fall behind on it is definitely something Steve would’ve trashed immediately.

The iPhone 5S and iPhone 5C are both good products. It’s hard to call them revolutionary, but then again, there’s nothing revolutionary about Air Gesture on Samsung phones either. The only feature that I’d consider worth talking about is Apple’s approach to security with the fingerprint scanner, and definitely we can’t wait for this to become an industry standard. Still, in cases like photography, you’ll still get good photos, but they won’t be as great as what devices like the Lumia 1020 can provide. It’s really hard to predict if Steve would’ve liked these phones or not, but he definitely wasn’t a fan of sitting on his laurels.

Do you think Steve would’ve liked these phones, or do you think they differ from his way to wow customers in the past? Leave us a comment down bellow.