We’ve known for a few months now that Sprint has finally decided to stop watching Windows Phone 8 from the sidelines and get itself involved with the platform through the release of a pair of smartphones. We’ve also known to expect those guys to launch sometime this summer, and rumors had pegged the pair as the Samsung ATIV S and the long-rumored HTC Tiara. Well, rather than tease up some launch event and drag things out, Sprint has gone ahead and surprised us all this morning with the announcement of the Samsung ATIV S Neo and the HTC 8XT.

The 8XT nearly aligns with those rumored Tiara specs, but not quite. For instance, the SoC is slightly faster than we expected, as a 1.4GHz dual-core Snapdragon 400. Maybe the most interesting thing about the phone never showed up on that specs leak, as it brings HTC’s front-facing stereo BoomSound speakers to Windows Phone 8. The 8XT has 1GB of RAM, 8GB of flash (expandable via microSD), and a 4.3-inch WVGA screen. It will sell for about $100 on-contract, after rebates.

The ATIV S Neo will be Sprint’s slightly higher-end WP8 option, with a 4.8-inch 720p screen and 1.4GHz dual-core SoC. Like the 8XT, it has an eight-megapixel main camera, but its 1.9-megapixel front-facer squeezes by on resolution compared to HTC’s 1.6. The phone has a 2000mAh non-removable battery, 1GB of RAM, and supports microSD expansion. It will sell for nearly $150 on-contract with its rebates.

Sprint still hasn’t spelled-out just when these two will go up for sale, but it’s accepting pre-registration for users interested in learning more. 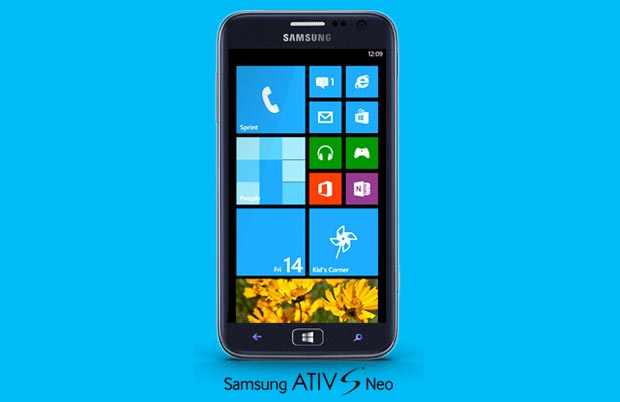 Nokia announced the Nokia 1.3 Android Go smartphone back in March. As…