If Sprint and T-Mobile merge, wages may decline industry-wide

The Economic Policy Institute paper claims that market consolidation in the wireless industry is bad news for shop floor workers.

Labor groups have been concerned with the Sprint/T-Mobile merger. The Communications Workers of America estimated around 29,000 jobs would be gone if the deal went through as stores, call centers and tower sites become redundant.

Today, a new report published by the left-leaning Economic Policy Institute is projecting that most sales employees across the industry — that includes AT&T, Verizon and many smaller carriers — could be signed on for weekly pay of 1 to 3 percent less than current rates on average.

In the 50 labor markets that will be most affected by consolidation after the merger, telecom workers across the industry could be signed for between $10 and $63 less, depending on the economic modeling — that could be as much as 7 percent of checks. 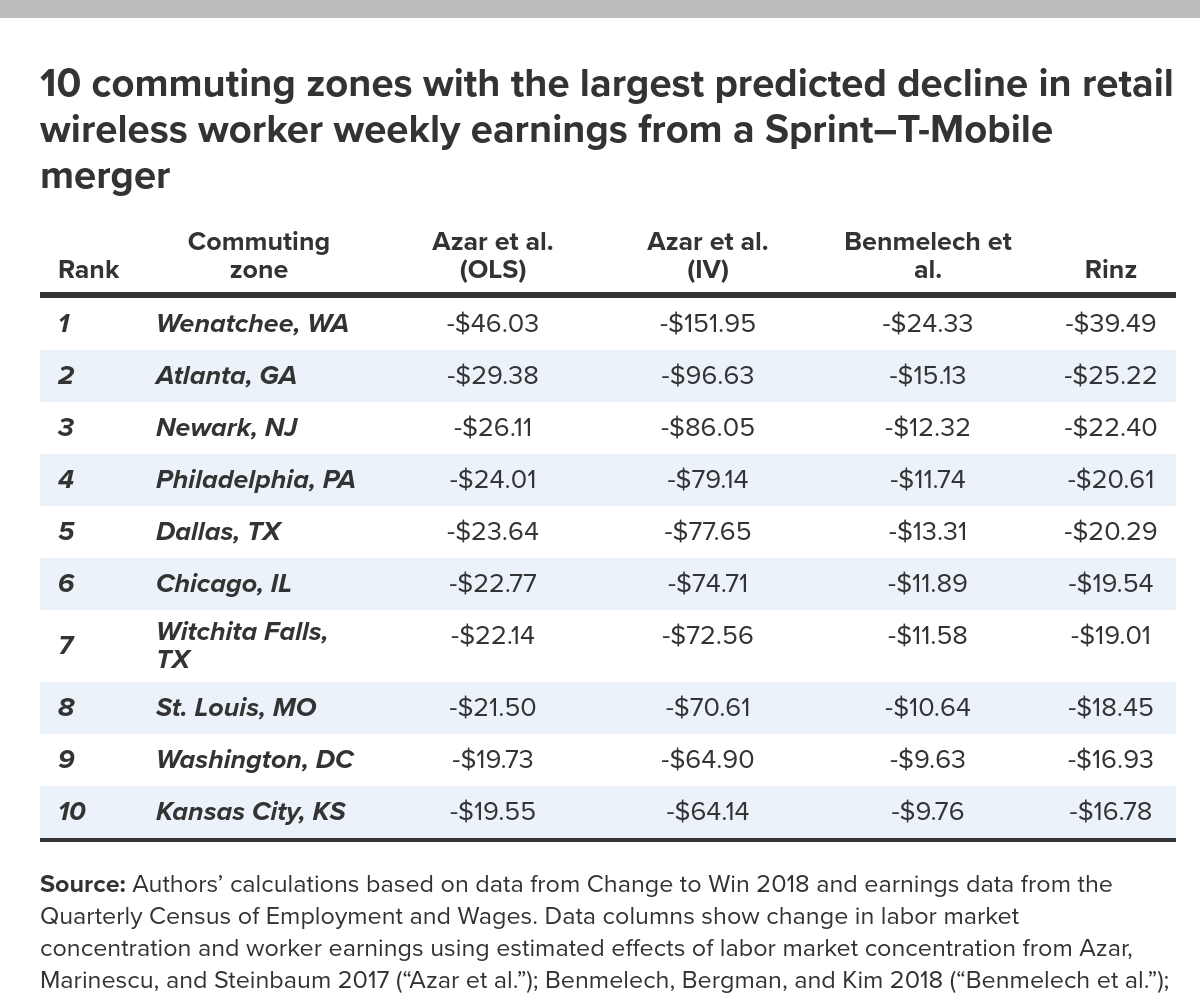 These changes assume there are no layoffs post-transaction.

Adil Abdela and Marshall Steinbaum, the study’s co-authors, write that market consolidation decreases the possibility of a worker to switch employers with the prospect of more pay. Employers would have more control over wages so as to allow workers to earn less than they are worth, a concept called monopsony.