Sprint joins forces with Motorola to demo ‘first of many’ Gigabit phones, aka Moto Z 2017

Unlike last year’s other big modular smartphone, which shall no longer be named as its vastly improved sequel draws near, the Moto Z can probably be considered a (moderate) commercial and critical success. A richer, more diverse initial Moto Mod ecosystem would have further boosted sales numbers and the family’s acclaim, not to mention faster software updates or wider US availability.

But Lenovo must have learned from its mistakes, possibly looking to end that annoying exclusive Verizon partnership, as Sprint just confirmed a “blazing-fast, high-bandwidth-capable flagship smartphone based on the Qualcomm Snapdragon 835 mobile platform” is “forthcoming” on the Now Network, supporting Gigabit Class LTE.

Can you say Moto Z 2017? That part is obviously not set in stone yet, but regardless of branding, it’s definitely Motorola’s (aka Lenovo’s) “next big thing.” More importantly, it’s reportedly the “first of many” gigabit-ready devices headed to Sprint later this year, with the future game-changing lineup also including an LG model (V30?), high-end phones from two additional Korean companies (wait, what?), and the “typical Chinese suspects who sell premium tier” handsets. You know, like ZTE, and presumably Huawei too. 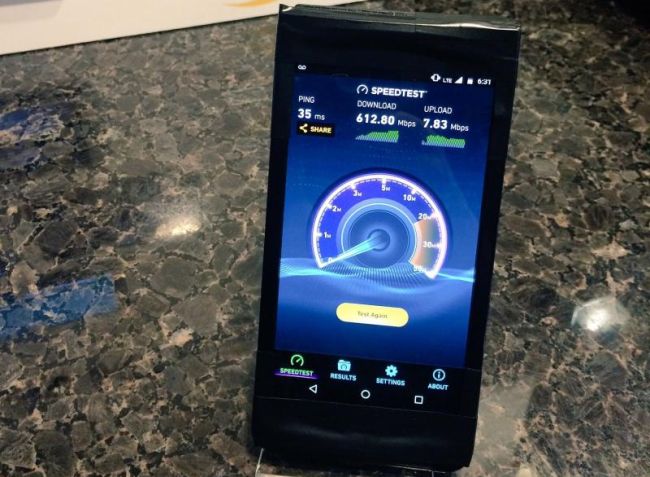 In case you’re wondering, yes, there are pictures showing the “blazing-fast” Snapdragon 835 Moto flagship of 2017 in action, achieving download speeds of over 600MB… in a controlled environment. Unfortunately, everything besides the screen is carefully concealed behind an ugly protective cover and lots of tape. Then again, a major redesign is practically made impossible by backward Moto Mod compatibility.