Expected out in a few days on Sprint, the 5.5-inch HTC Bolt has almost all of its specs and features prematurely disclosed.

One by one, the puzzle pieces continue to fall into place. We’re now pretty certain a 5.5-inch HTC 10 lookalike dubbed Bolt is exclusively headed for Sprint as far as US carriers go, with an alternate “international” 10 evo moniker, WQHD screen resolution, glacier silver and carbon gray paint jobs, but alas, no headphone jack in tow.

The “all-aluminum unibody” bad boy could also inexplicably bring back the controversial Snapdragon 810 processor, pairing it with a relatively large 3,200 mAh battery meant to support “over 20 hours” of continuous talk time, and capable of giving you enough power “to last a day” after only a 30-minute quick charge.

Quite a mixed bag of middling and super-high-end features, and to be frank, we’re unsure where to file the just-revealed 16 rear and 8MP front-facing cameras of the Sprint-bound HTC Bolt. Technically, both those megapixel counts represent an upgrade over what the HTC 10 offers, but the upcoming 5.5-incher’s main OIS shooter apparently sports f/2.0 aperture, down from 1.8 on last spring’s 5.2-inch flagship. 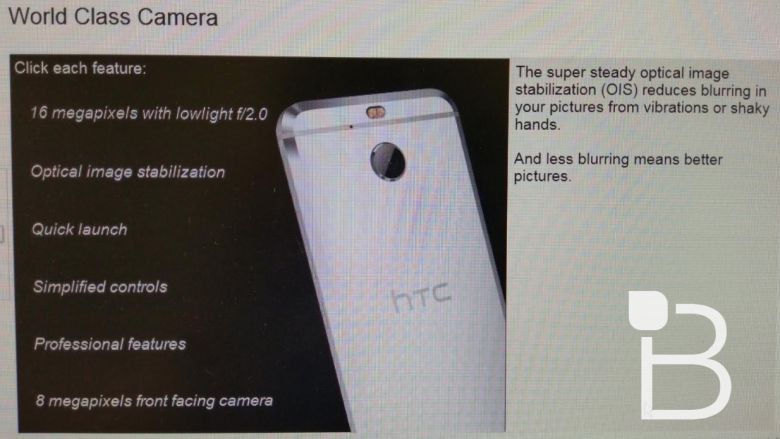 Meanwhile, there’s no doubt an IP57 rating is better than… no rating, adding partial dust protection and a water shield up to 1 m immersion to the Bolt’s list of strengths. Also expect 24-bit audio processing, “the world’s first adaptive earphones” with BoomSound technology for “fuss-free auto measurement and calibration to adapt to your ears”, as well as pre-loaded Android 7.0 Nougat, Amazon Assistant and further bloat included.

November 11 is reportedly the day Sprint will formally unveil the HTC Bolt at an as-yet unspecified price. Stay tuned.