Sporty Huawei Watch 2 shows up in three colors, no rotating crown, and possibly, no NFC in tow

Leaked pre-MWC renders showcase a far less stylish Huawei Watch 2 than its acclaimed predecessor, and rumor has it there’s no NFC on deck either.
Published 24 February 2017, 03:16 EST

Like all 1.x-based Android Wear devices, the OG Huawei Watch is in dire need of a robust hardware upgrade. But one thing very few early smartwatch adopters asked for was a design revision of quite possibly the most visually pleasing “first-wave” Google-endorsed timepiece.

Still, Huawei appears intent on fixing what was never broken, with a much sportier, far less classically handsome 2.0 wearable product. Almost definitely slated for a Barcelona announcement at the 2017 Mobile World Congress this Sunday, alongside the Chinese company’s high-end P10 and P10 Plus phones, the Huawei Watch 2 is bound to stir controversy. 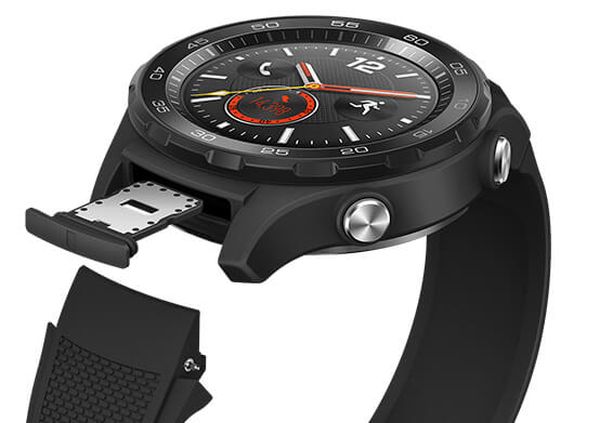 Those @evleak-ed bezels sure look chunky, and while this clearly aims for LG Watch Sport’s functionality jugular, it’s short a rotating crown, merely featuring two rigid buttons on one side. No other physical controls anywhere on the athletic watch body, but at least you get a heart rate sensor at the back, easily replaceable rubber straps, and not-that-easily-accessible SIM slot for standalone LTE connectivity.

Overall, a marketing focus on fitness rather than lifestyle seems guaranteed, which feels like a risky and potentially divisive move. Worse yet, as far as Android Police managing editor David Ruddock knows, the Huawei Watch 2 “is an old product”, delayed “until Wear 2.0 was done”, which explains the rotating center crown button absence, and might also justify the lack of NFC support.

No NFC would mean no Android Pay, although it’s all speculation at the moment. And even if it pans out, you have that shiny, speckled gray paint job to look forward to, as well as a full-black option, and flame orange alternative. Exciting stuff, huh?