The future of smartphones could be one of specifications versus experience the user treasures. Which of the two paradigms will win out in the end?

When smartphone shopping, so many people run straight for the spec sheet. Or at least they start there and then move on to stuff like build quality, materials, reviews, etc. But it really is about the specs for most people. I’m not going to lie, I’m like that too, for the most part – latest and greatest for me.

This is not a crazy concept. Future proofing is a big concern in the world of smartphones. You’re putting down anywhere from $300 – $800 or you’re signing away 2 years of your life for a device in a field that has a tendency to pump out new technology faster than you can say “Snapdragon.”

Specifications are all that are standing in between you and being able to handle the latest OS update, or play the latest game, or handle the latest apps. If you cheap out now, the next service to come down the pipeline could bog your phone down like a boat that forgot to pull up the anchor. No one wants an unsatisfactory smartphone experience. We want our videos to play smoothly, our games to load quickly and our emails to…well, I guess just not be spam.

Plus, specifications are what help you keep up with the proverbial Joneses. You love your technology, and we love you for that, so naturally you’re going to want to talk it up at the next backyard barbeque. Having a sub-standard product that takes 12.4 seconds to load the camera is not going to be drawing oohs and ahs. You know that, and the Joneses know that. So, let’s not toss money away on a phone with last year’s hardware. 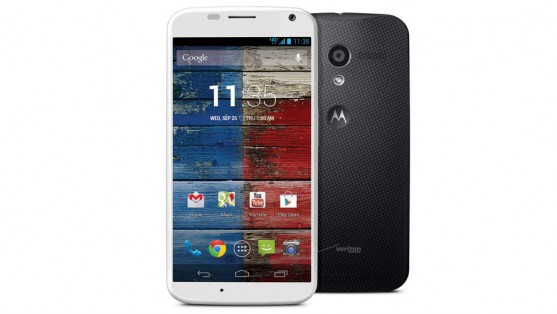 Specifications have their limitations too. Many an article has been written about how specifications are starting to plateau. There really only so much value you can get out of a Snapdragon 805 SoC that you can’t get with a Snapdragon 800. Are 4K screens really going to be all that much better than 1080p? In some opinions, no. Plus how much better can these things get. How much R&D money is going to be pumped into the next phone just to give it one extra hour of battery life?

That’s a battle Motorola in particular doesn’t want to fight. Two of the most critically acclaimed smartphones from the last year were the Moto X and the Moto G. Both of these phones had middle of the road specifications. The Moto G cut a few extra corners, and both of them have been carried as daily drivers by some of the most respected technology writers in the field.

This was all possible because Motorola decided that:

A. It couldn’t compete with the Samsungs and HTCs in spec wars because of sheer dollars
B. You can in fact do just as much, or more with less. 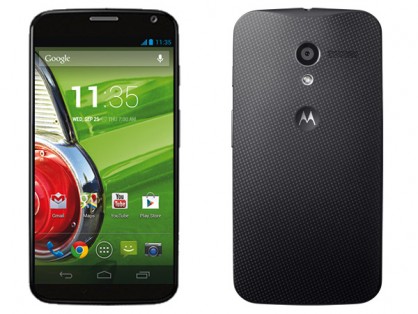 The Moto X and Moto G both focus more on the experience and feel of the smartphone rather than just blindly shoving the biggest and best pieces of silicon into a plastic or metal chassis. Motorola focused on what a user actually wants and needs from a smartphone and how best to deliver that experience while at the same time focusing on the one major thing that most smartphone users desire – reduced cost.

Motorola couldn’t just throw together a highly spec’ed phone and expect the numbers to sell themselves. But they really optimized the experience of the smartphone and drew in technologists that way. This is one of the things that made the Moto G the best selling Motorola smartphone ever.

But we’re not there yet. There is still room for improvement and technology is advancing every day. More powerful chips, more efficient electronics, and better batteries are all still on the horizon. That is the nature of mobile phone technology. 4K screens are going to become more common, and then what? 8K, Snapdragon 900 processors? Sixteen-core SoC’s? Maybe. They’re all probably possible and they’re all probably being developed as we speak. The technology revolution is not over, not nearly.

But as we move forward, we need to start asking ourselves, “What do we want in a smartphone?” Do we need the latest and greatest specs, or should companies start focusing more on the user experience, including cost, as we move onwards and upward. Sound off below and let us know what you want in your future phones and lets see if we can figure this out.