Sony’s Problem In Mobile, Is Sony

I was 13 years old when I bought my first Sony Walkman. Those were the days weren’t they? It was portable, affordable, and everything that it did, it did so well it never found true competition. I then followed with my first Sony Diskman, my first Sony WEGA Flat TV, my first Genezi Stereo system, and even if my first PDA wasn’t a Sony Clie (remember those?), it was a Clie that a friend owned what inspired me to buy my first Pocket PC.

Sony owned my wallet for at least the first half of my life. They had the design, the quality, the durability, and the reputation. It wasn’t cheap to own a Sony product, but it was worth every penny if you did. Back when Apple admired and copied Sony in every way and were still struggling to figure out what they wanted to sell, Sony was the BMW of electronics.

Do any of you remember the Sony Xperia X1? Oh man, I think one of our most epic moments in our origins of video was the moment Brandon unboxed it. We all said wow just as much as he did. The collaboration between Sony, HTC and Microsoft rendered one of the most iconic smartphones in Windows Mobile history. Sadly for Sony though, Apple had learned how to be Sony so well, that the iPhone simply devoured the X1 and even X2 from the spotlight.

The rest is sadly history. If you go to Europe you will see a fair share of Xperias every now and then, but it’s clear that Sony’s worst mistake was allowing Ericsson to handle their mobile division. I know there are still some of you die-hard Sony Ericsson fans who will disagree with me, so I’ll just use Android as an example. Remember the Xperia X10? Remember how it took for ever to launch in the US, and only to be served with Cup Cake at times when Froyo was already launched? And don’t even let me get started with its end-of-the-road with Eclair.

Fact of the matter is Sony Ericsson made too many mistakes with the Xperia. Whether it was Software updates, like the time they made us wait for delays and more delays with the Xperia S during the transition to Sony, or the fact that the hardware didn’t last at all, Sony’s big reputation for quality is just hard to see in their Xperia line-up.

What can we say about Sony’s 2013 line-up of Xperia devices? We’ve already reviewed the Xperia Z, but as I got the Xperia ZL for review last week, I’ve got a couple of thoughts of what’s good, and what’s bad. Please share your thoughts in the comments at the end as well.

Sony can’t be Sony to win in mobile 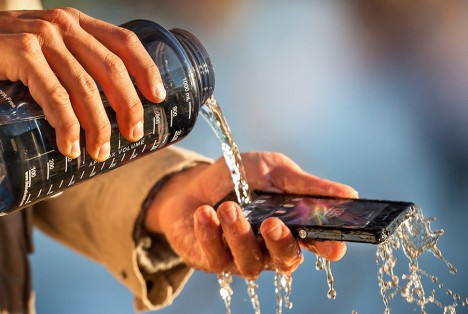 Sony Ericsson’s Xperia line-up had one good and two very bad things historically. On the positive side, Sony always did a great job in pushing hardware to the limit when it came to design, but they always ran last-year’s processor and last-year’s software. In a way, Sony has been that kind of company. They were rarely ever the first to get to any market, but where they attacked, they were always the best. They definitely used their brand to leverage their consumer appeal, and I’m sure it works for their TV and Stereo line-ups, but mobile is a different animal.

In mobile, brand will only get you so far, if not ask HP. With Android being non-exclusive to Sony, they can’t just decide to push a beautiful phone with Android 4.1.2 at times when the Galaxy S 4 will run Android 4.2.2 and we’ve already received confirmation of their Android 5.0 plans. It can’t stick to the Snapdragon S4 Pro when HTC already has the Snapdragon 600 on their HTC One. The Galaxy S 4 has Hexa-band LTE and Sony can’t even figure out how to get Penta-band 3G in all their variants of the Xperia Z if you noticed in our review. It doesn’t matter how big the Sony brand is, the Android consumer is an educated consumer. He or she won’t buy just for the design alone, but for the whole package of features. At times when Samsung doesn’t think twice about giving users replaceable everything, or HTC doesn’t think twice about pushing design techniques to the limit, or Apple doesn’t think twice about creating an ecosystem out of nothing, Sony’s brand, history and even their set of companies are really worthless. Yes, isn’t it an irony that Apple serves movies and music better than Sony who owns a movie studio and a record label.

What does Sony need to do? They need to forget about who they are, and begin to focus on whom they want to serve.

One of Jelly Bean’s killer features was to allow you to re-arrange your widgets without having to remove things or resize things. Jelly Bean was designed to be smart about it for you. Try doing that on any of the current Xperia smartphones running Jelly Bean. As stupid as it may sound to you, Sony’s UI doesn’t allow you to.

Why oh why have they decided to break what didn’t need to be fixed? Call this stupid, but where’s the common sense in this change? Yes, I’ll admit that Sony has done a much better job in stripping down their customizations of Android with their new Xperia line-up, but sadly the software team didn’t seem to get the full memo of what Jelly Bean can do.

I think Sony would’ve been better off shipping their Xperias with Stock Android. Can you imagine a Nexus Z made by Sony? Waterproof design, great camera and all, it would’ve been an instant hit.

Imagine buying a beautiful BMW for a minute, and then open the doors to find yourself on non-leather interiors. Would you buy it? Even if it were a BMW, would you buy it if you knew that Audi would give you the full package for the same amount of money?

Sony did a smart move in going Android a couple of years ago, but I just don’t feel they’re bold enough to understand the Android customer. We don’t want brands we want power. We want beautiful design and we want it without compromise. We want an elegant experience with common-sense enhancements, and not arbitrary changes that simply don’t make sense. And more important, we don’t want excuses, because whatever Sony can’t satisfy, Samsung and HTC will.

I honor Sony’s designers for the Xperia Z and ZL. I can’t help but remind you all of how beautiful these two phones are, and how much I’m enjoying my experience reviewing the ZL from a hardware standpoint. Be it plastic if you want, but it’s the best plastic I’ve ever felt in my hand. A true 5-inch display that I can actually operate with one hand because of the minimum bezel. There’s seriously a lot of genius in this design. Sadly software is a different story, and Sony really needs to change their mobile strategy if they want to make a dent in everybody else’s universe.

What about you? Do you have plans to buy any of the new Sony Xperias? So far, I’ll admit I’m proud of my choice for the ZL, but every time I turn it on, I want a custom ROM. Please share your thoughts in the comments.