The Xperia Z3 continues to find new US carrier partners, as the Sony Xperia Z3v is announced for Verizon in the States.
Published 09 October 2014, 14:30 EDT

Last month, we saw Sony schedule a press event for today in New York City. Coming so shortly after IFA, we weren’t expecting word of any new hardware already, but this sounded like it could be a prime opportunity for Sony to share details about how some of those IFA launches might find themselves going up for sale in the US, especially the flagship Xperia Z3. With Sony’s event now underway, we’re finally learning just how the Z3 will arrive in the States, as the manufacturer reveals the special carrier-variant Xperia Z3v for Verizon.

The Z3v comes to Verizon later this month, with sales beginning in two weeks, on October 23. Unsurprisingly, the Z3v will sell for $200 on contract, though Sony and Verizon are offering shoppers the ability to save a little cash when they go with a bundle deal, giving back $200 when the Z3v is purchased alongside an old Z2 Tablet.

As for the Z3v’s capabilities, we’re not hearing about anything that really distinguishes it from the Z3 proper – it looks like this really is just some rebranding for the sake of rebranding. That means the same PS4-connected gaming possibilities Sony shared for the Z3 at IFA, with the help of optional controller mounts like the one you see above.

Unfortunately, today’s event hasn’t brought word of any progress towards bringing the Xperia Z3 Compact to US shores. We’re also still looking forward to T-Mobile getting the Xperia Z3 at some point, though this event didn’t touch on that carrier at all. 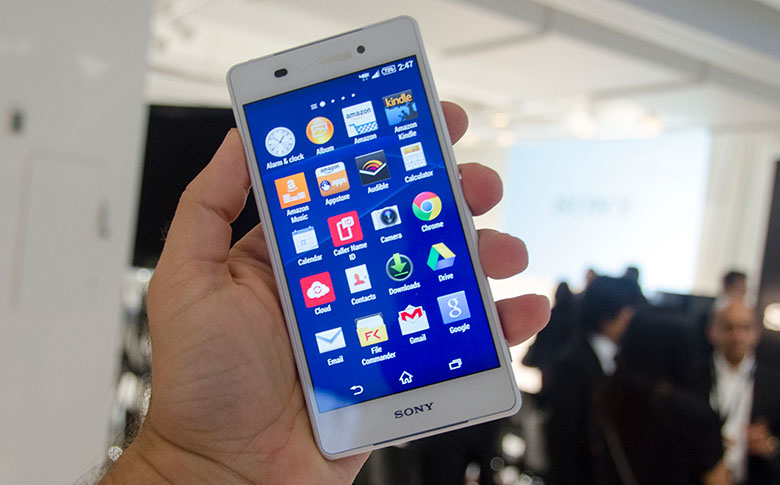 T-Mobile’s initiative supports a good cause, but limited carrier adoption of the new messaging standard prevents it from being truly cross-carrier.