Sony’s getting us started with the big IFA events this week, taking its latest lineup of products to Berlin to share with us all. While we came to IFA to get the smartphone news, Sony’s products cover a much wider swath. The company began today talking about things like new 4K displays, digital cameras, and camcorders, but even there we got some smartphone-related news.

One thing we’ve talked about for a while is the need for Sony to better promote integration between all its device families, and it looks like it’s attempting to do just that with its One-touch system. Supported devices will use NFC to enable users to quickly mirror content, transfer files between devices, or even backup your files. Sony intends to have 60-some products supporting these One-touch connections.

From there, Sony trailed back off into its home entertainment sector – TVs, projectors, and all – before getting to the meat-and-potatoes of the event for us: the Xperia Z1.

After yesterday’s leak, there’s not much we didn’t know about the hardware, but it’s confirmed again here: that big 20.7-megapixel camera in a fully waterproof body. The camera features one of Sony’s G lenses, BIONZ image processing, and a 1/2.3-inch sensor.

On the software side, that camera will do a 61-shot burst mode, offers an “info mode” to tell you about items in the frame, Google-Goggles-style, and allows you to add augmented reality content to your shots.

While we don’t get a hard date, Sony says that the Z1 should go up for sale later this month. 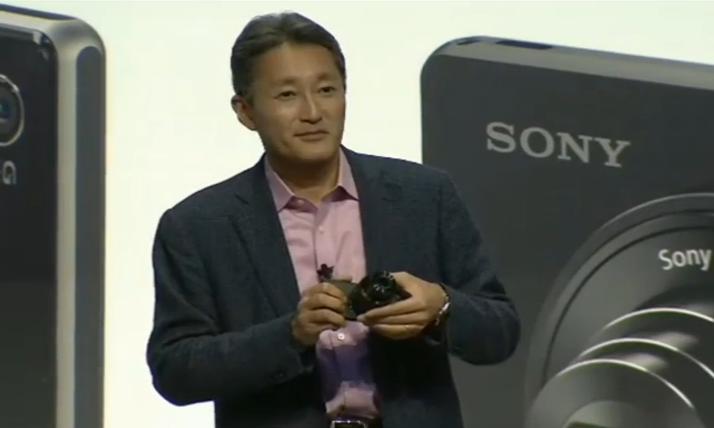 Beyond the Z1, we were also hoping to see Sony go official with those Cyber-shot QX-series lens-style cameras, and the company didn’t disappoint, introducing the QX100 and QX10. With the full specs that leaked yesterday, again, we came into this event knowing just what to expect, but that doesn’t make the debut of these unusual accessories any less interesting.

Sony confirms the cross-platform support for the QX cameras, with its apps connecting to the devices through both Android and iOS phones.

Having seen this all go official, now we just need to get our hands on these models for ourselves and give you some up-close-and-personal looks. Stay tuned to Pocketnow for our continuing IFA 2013 coverage.