Are the Sony Xperia Z and ZL Enough To “Wow” Buyers?

Sony’s new Xperia Z and Xperia ZL smartphones are spec-loaded and beautiful – but are they too subtle to be successful? Read on to find out.

There’s no disputing it: in terms of smartphones, Sony stole the show at CES 2013. Granted, that didn’t take much doing, but we shouldn’t let the lack of meaningful competition rain too heavily on Sony’s parade. The devices the company unveiled at its booth a week ago are truly impressive.

Those devices are the Sony Xperia Z and Xperia ZL, a duo of high-end smartphones with quite a few specs in common. Each features a 5-inch, 1080p “Reality” display front-and-center, its graphics driven by Sony’s Mobile Bravia Engine 2 and powered by a 1.5GHz Snapdragon S4 Pro with 2GB of RAM. The camera on each device is a 13MP shooter with Sony’s “next generation” Exmor RS sensor and HDR video capture, and both phones feature Android 4.1 Jelly Bean with provision for expandable storage via MicroSD.

Highlighting the differences between the Z and ZL only shines a brighter spotlight onto their capabilities. The Z packs water resistance, immersible for up to 30 minutes to a depth of 3 feet; while the ZL has to stay dry to keep working, it counters by offering an industry-leading screen-to-bezel ratio. The Z packs a slightly larger battery -2370 mAh vs the ZL’s 2330- but the ZL offers an IR blaster and dedicated camera button in exchange. And while the matte-finish ZL is almost a full 2mm thicker than its glossier sibling, both devices come in under 10mm thick despite their multitude of features. Sony has built a very attractive duo of devices indeed.

Now, I’m far from a Sony expert; as I’ve lamented several times on the Pocketnow Weekly podcast, the company’s smartphone presence in the US has always hovered just above “anemic.” But it doesn’t take a Sony expert to tell you that, if they live up to their promise, the Xperia Z and ZL stand a fair chance of changing that. If first impressions are anything to go on, these are quite possibly the best mobile devices the company has ever made.

Sony’s focus with the new Xperias is on evoking an emotional response in its customer base, of “wow-ing” potential buyers. Sony’s walls at CES were full of posters and banners covered in emotion-based verbs and nouns, the word “lust” called out more than once on the long hallway to the company’s oversized booth. Sony appears quite serious about its desire to floor consumers with these smartphones.

My concern, after an admittedly brief evening with the new Xperia family, is that Sony has focused too heavily on substance over style for the “wow” factor to fully take hold. 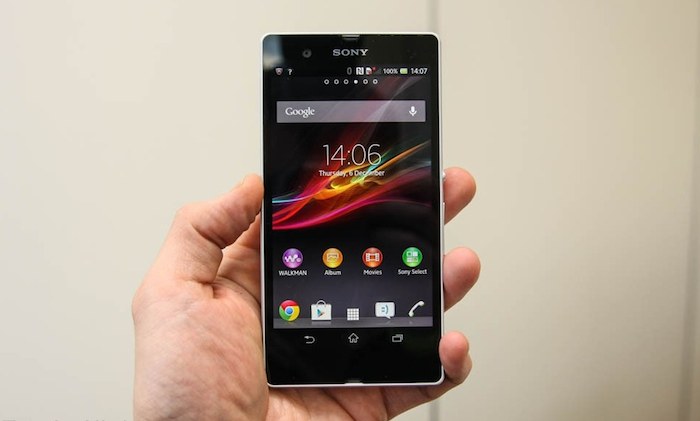 Normally, emphasizing function over form is praiseworthy. There’s a lot of function here, to be sure: Sony has crafted more than just an excellent hardware spec sheet with the Z and the ZL. It’s also included in-depth support for NFC-based sharing, an attractive and functional Android skin, and an elaborate viewfinder suite that rivals -and maybe exceeds- the camera software found on Samsung’s Galaxy S line.

Where I feel the new Xperias are lacking is in form. That may seem an absurd position to take, given the pride Sony takes in its new design, and the obvious hard work it’s put into crafting these devices. Indeed, the new phones are quite beautiful. The Z in particular deserves praise for its all-glass construction, with the typical metal or plastic bezel/midplate replaced by a ring of just-as-glossy transparency. All of its ports feature glass covers to preserve the smartphone’s lines, and its power button echoes similar design cues found in other Sony devices.

The problem is that all of these are extremely subtle design touches: many are too subtle to be seen from further than a foot away, and most are too understated, in my opinion, to make the device stand out on a carrier store’s shelf. Artisans and mobile-phone mavens will see the elegance of the countersunk top-plate and precision-engineered edges on the Z, but the typical buyer won’t have a reason to look that closely. He or she will scan the shelf and see little difference, at first glance, between the Xperia Z and the LG Optimus G – a sentiment we heard several times on the show floor at CES. And the Xperia ZL, at the same first glance, features little more than its impressively-undersized bezel to set it apart.

In creating its “OmniBalance” design language and applying it to the new Xperia line, Sony has crafted a thing of beauty. But it has also eliminated some of the previous aesthetic elements that made its products stand out. Gone are the playful arc design and LED-packing transparent strip of earlier generations; in their place is hardware that’s more refined and more classically beautiful – and frankly, less tacky. But when you’re a smartphone brand that’s historically enjoyed less exposure in markets like the United States, sometimes tacky is a good thing. Sometimes it’s a necessary step toward getting noticed.

When your previous products didn’t pack enough heat to catapult you to major success on the first go-round, it’s a bold move indeed to go the subtle route with your next wave of releases. I admire boldness, and I think Sony has a chance of capturing a fair percentage of the Android market with these new devices, but I wish the company had retained some of the flashier elements of its earlier designs. Because I think a smartphone that paired the specs of the Z/ZL and the arc design or LED strip of the previous-generation hardware would go a lot further toward inciting the “wow” effect Sony’s looking for. And it’d be a real shame if these devices under-sold because not enough people knew they should be looking just a little bit closer.