Sony Mobile’s 2016 product roadmap, while a little more focused and less crowded than Xperia lineups of years past, was still beyond confusing, with the X, X Performance and XA simultaneously unveiled at MWC in February, but the XA Ultra held off until May, followed by an XZ and X Compact in September that provided a very short list of upgrades.

Can’t quite put your finger on what might be next for the new world heavyweight champion of software updates, besides more Nougat love for Marshmallow-powered devices? This time, the Xperia XA and XA Ultra could well see daylight together, probably at the 2017 Mobile World Congress in Barcelona next month.

We’re pretty certain that “mystery” G3221 is a refreshed edition of the original Xperia XA Ultra, and not just because the latter is also known by an extremely similar F3212 model number. A pre-release AnTuTu benchmarking visit reveals the former runs Android 7.0 Nougat in testing, packing Helio P20 processing power, as well as 4GB RAM, further offering 64GB base storage space, 23 and 16MP cameras, plus a Full HD screen of unspecified diagonal size. 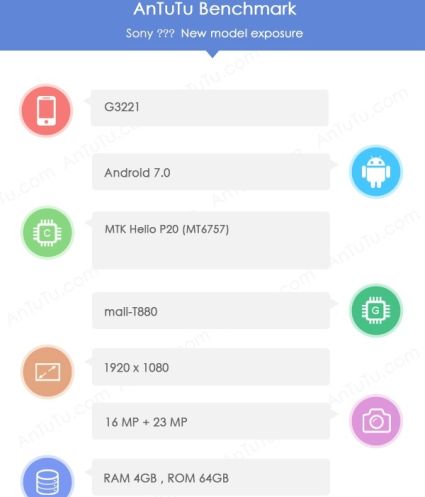 Likely, around 6 inches, as the rest of the specs perfectly fit the description of a marginally improved Sony Xperia XA Ultra. The question is will be seeing new Xperia X and X Performance generations also launched at MWC 2017? Only time can tell, but we’re (cautiously) optimistic.

If you are in New York, the device will be launching at 6AM on March 9.

The first Android 12 public beta update will arrive in May, and finally in August, the first stable build of Android 12 will be released.