Sony’s small smartphone for this year may have been outed, but has it been on the up and up for the first time ever? As in up in the pixel count?

Update: A tipster to us has been able to confirm that the below benchmark result is of an Elite variant of the Nubia Z11. We have updated our source link. 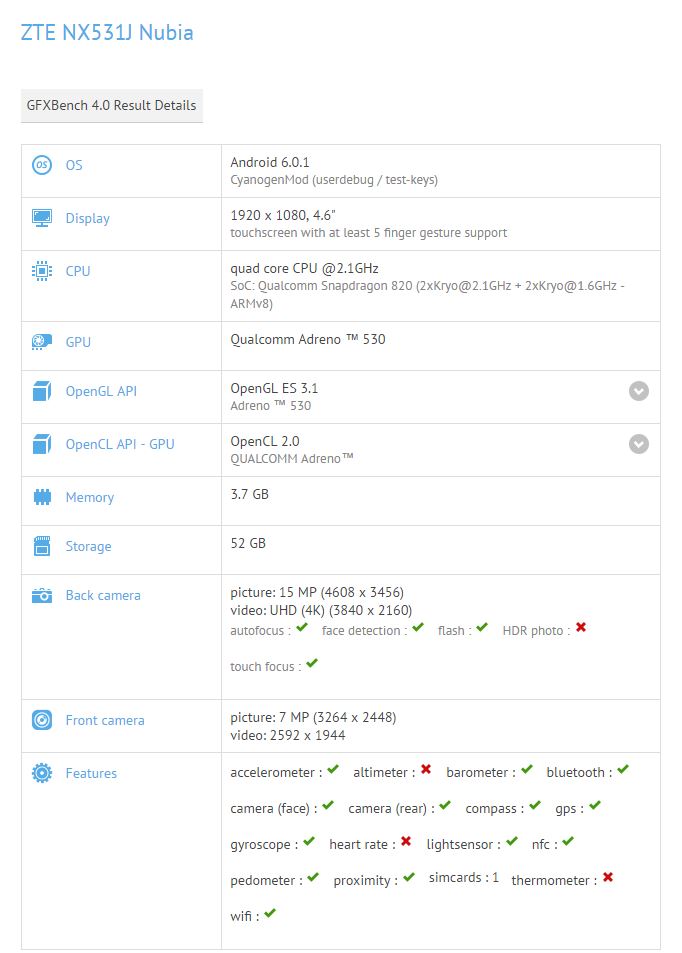 Our original story is below.

If you’ve been waiting for a compact car you’d want to buy, maybe keep on waiting until the hoverbike finally comes around.

But man, if there’s something you want to not be disappointed about, it’s this yet-to-be filed spec dump for what we assume to be the Sony Xperia X Compact.

Telefoonabonnement.nl, which has been picking up some great GFXBench logs early in the game, has caught this one as well. The only telling feature that would out this smartphone as one of Sony’s small ones is a 4.6-inch screen. 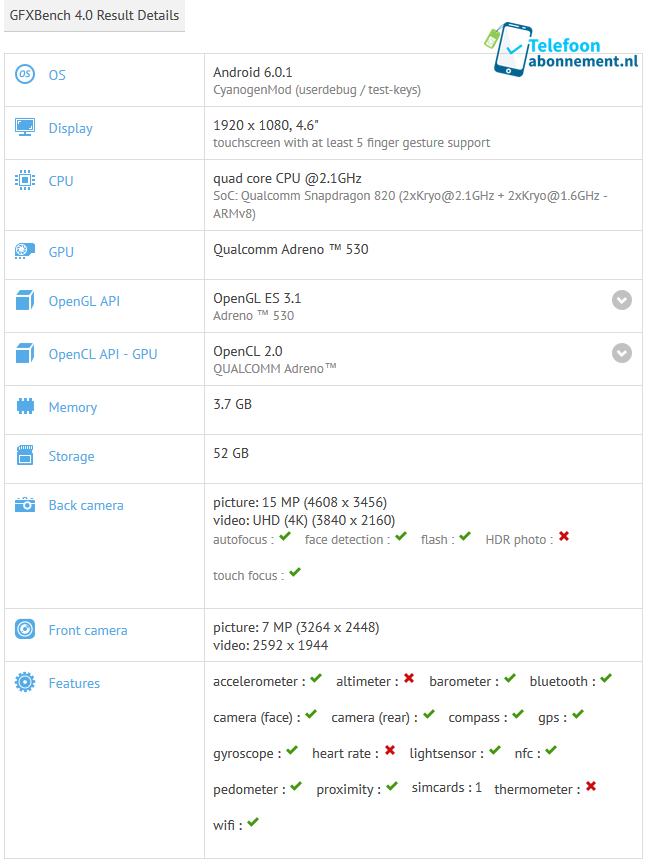 What we also see is Android 6.0.1 with CyanogenMod here (likely for testing reasons, but what would be more assuring is something like “Android Sony Edition”) with a Snapdragon 820, 4GB of RAM, 64GB of storage, a 16-megapixel main camera with an accompanying 8-megapixel front one.

We’re pretty sure we can see this as the Xperia X Compact that will be supposedly be out at IFA this year, — along with an XZ cohort — but we’re not too close to 100 percent yet.