Sony Xperia E5 name and design confirmed on social media, specs up in the air

Sony isn’t looking to ditch every single mobile product family aside from the Xperia X, with the Xperia E5 unveiled on Facebook and Twitter today.
Published 24 May 2016, 05:25 EDT

While Sony appears to be seriously considering the retirement of its mid-range Xperia C and M smartphone families after the high-end Z lineup “reached its culmination”, the entry-level E roster isn’t going anywhere.

We suspected as much roughly a month ago, when a mysterious low to mid-end F3311 model was benchmarked, and Russian customs basically attached a name tag to the cryptic letter-and-digit combination just 24 hours ago.

Now Sony is ready to drop the act, and officially preview the Xperia E5, described as “eager, effortless, and easy on the eye” on Facebook, as well as deemed “your new, reliable assistant, available around the clock.”

The problem is these are merely pre-release teasers, accompanied by high-quality product images, which don’t tell us anything about the handheld’s specifications, rollout date, pricing and targeted markets.

What’s easily noticeable is the E5 greatly resembles the Xperia X and XA on the outside, straying far from its predecessor’s aesthetic path, with relatively large screen bezels, much sharper corners, a top left-positioned rear camera, and very clean, straight lines overall, sans many bells and whistles. 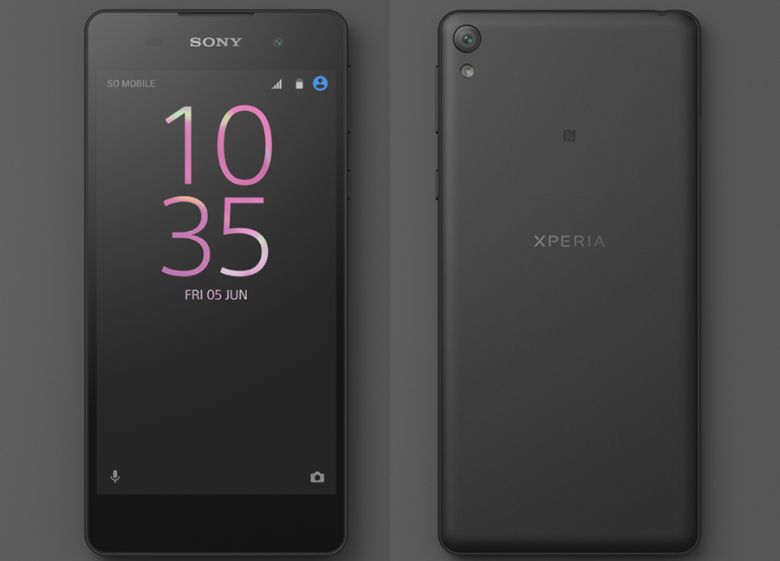 Unfortunately, one “bell” Sony’s fans would have probably loved to see borrowed from the X family is the distinctive power button, replaced on the Xperia E5 with a lower-key one (pun intended) also mounted on the side.

Meanwhile, we have to confess the E5 looks a little large and imposing to only settle for a 4.6-inch display, so we can’t be really sure of any of the features revealed on GFX Bench, quad-core MediaTek CPU, 1.5GB RAM, 13 and 5MP cams, and Android 6.0 included.

Thankfully, it shouldn’t be long until we get the full story here, with June 5 teased as an ETA on the phone’s home screen.