A 4.6-inch screen, octa-core processor, 3GB of RAM, 21MP shooter, are just a couple of an upcoming new Xperia phone’s specs. Check it out!

This phone popped up on benchmark sites (as well as the Indian import database) with the model number E5663. Whether this will be the Xperia Z4 Compact (Xperia Z3+ Compact) is yet unknown, though we’d be inclined to believe that we’re looking at a different upcoming new Xperia, one that appears to be an attractive compact device.

What the benchmark results testify to in terms of the internals include a 4.6-inch display with 1080p resolution (a step up from the Z3 Compact), octa-core MediaTek MT6795 SoC clocked at 1.9GHz, 3GB of RAM, 16GB internal storage (most probably expandable), 13MP front-facing camera (yes, thirteen), and a 21MP main camera (probably the one, or very similar to the one on the flagship).

Xperia Blog believes, judging by the model number (and specifically its “63” ending) that this phone will probably be an India-only device, a theory that is also sustained by the fact that the new Xperia popped up on the Indian import database.

What do you think of this new Xperia? Attractive 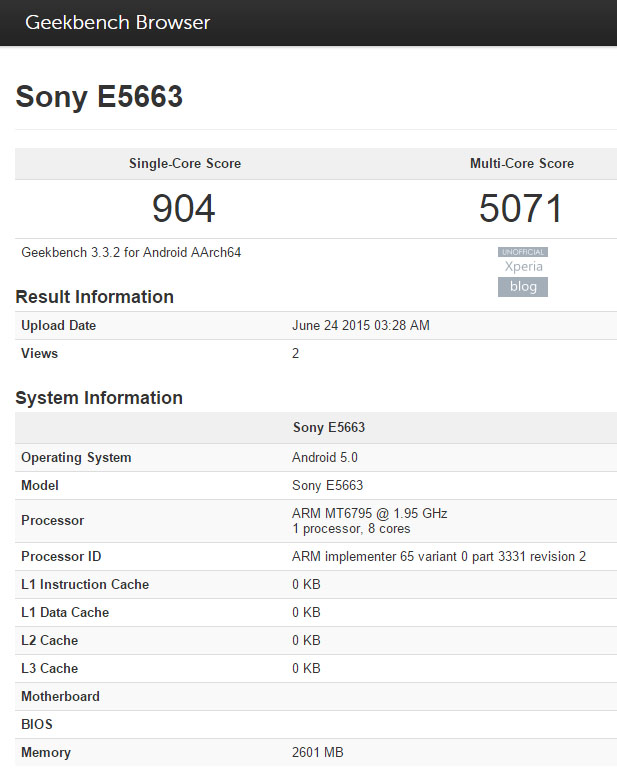 Samsung did it with Samsung Pay, while Apple has its own Apple Pay service. So, OnePlus is here with the OnePlus Pay digital payment service.
YouTube 1.8M
Facebook 571K
Twitter 196K
Instagram 134K
RSS