If there’s one thing Sony knows is audio, and the company has used the IFA show floor to bring us a reminder. The company has just announced three new audio products at IFA, all focused on bringing much needed refinements to their respective predecessors.

The new WH-1000X Mark 3 are is probably my favorite out of the two. My experience with the Mark 2 was that they had great audio, but on a really bulky design. The Mark 3s enhances the audio further, but working heavily on improving the design. The feel of the Mark 3s is metallic, now toned with some copper accents in the branding and accents. Sony has worked on reducing the overall footprint of the headphones, avoiding the gap these made between the headband and the ear muffs. To assist in prolonged use, there’s some added cushioning at the top of the band, and ears regularly fit inside the ear muffs.

Pairing works through NFC where supported, and controls are swipe gestures if you want to skip tracks, raise or lower volume. If you tap and hold you also activate either the Google Assistant or Siri, depending on what phone you’re using. There’s also a Sony Connect app for the headphones to take them a step further, but this wasn’t ready at the time of our hands-on.

The signature feature continues to be the Active Noise Cancelling. Regularly great ANC comes at the expense of good audio, but these headphones are plenty loud. There are also options to be able to blend ambient noise whenever needed, through one of the buttons, or with a cool trick where you place your palm on top of the right ear cup. There’s 30 hours of battery life, and a unique trick is a USB C connector that supports fast charging, so you can get up to 5 hours of a charge in just 15 minutes.

Overall my first impressions leave them above even the Bose QC35, which also retail for the same $350 that Sony is asking. I still need more time to try them out, so stay tuned for our full review with more details. 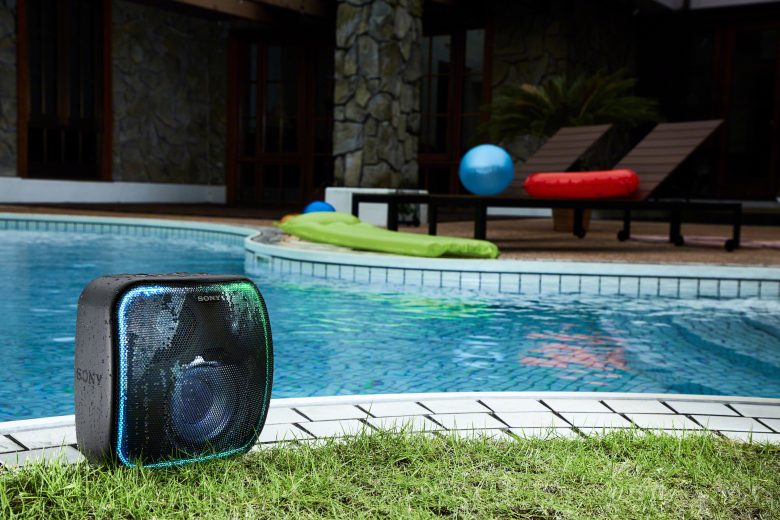 Sony also announced the new SRS-XB501G wireless speaker that brings quite the party in a size that’s a lot smaller than it seems, and also the more pocket-friendly SRS-XB01. There are benefits like water resistance, LED lights, and up to 16 hours of battery life in the larger model, vs 5 hours on the smaller one. The 501G can also be considered a smart speaker thanks to Google Assistant functionality, where available.

We keep on getting great deals on Amazon.com, where you will find the SENNHEISER Momentum 3 and several Apple Watch devices on sale

Oppo officially unveiled the Reno 6 series in May and added additional 4G models back in July. Oppo finally brought the entire series to Europe.