This is how Sony can improve its presence in the US

Can Sony succeed in the US? Judging by its smartphone performance in 2013, it’s a tough call. Read what Sony can do to turn things around stateside.

Sony is capable of making compelling smartphones. I have never for a second doubted that. The Xperia Z, my first device review for Pocketnow last year, was a stellar phone. Its design was great (though I’m not partial to the additional slab of glass), the specifications were on par with its counterparts from Samsung and HTC, and performance was not an issue.

That said, the unit I received for review from Clove was not compatible with AT&T in my area. It supported UMTA bands 1, 5, and 8, and I was stuck switching between EDGE and GPRS. And the display was … pretty awful. Blacks were noticeably pale and viewing angles were atrocious.

I rightfully still gave the Xperia Z an 8.5 out of 10. And had I been given the option at the time, I probably would have continued to carry it as a personal device (if it had been compatible with AT&T, of course).

I later went on to review the Xperia Z Ultra, a much larger and more powerful version of the Xperia Z which I wasn’t very fond of. It was a great phone, but its physical size was difficult to manage and it had its own set of issues. 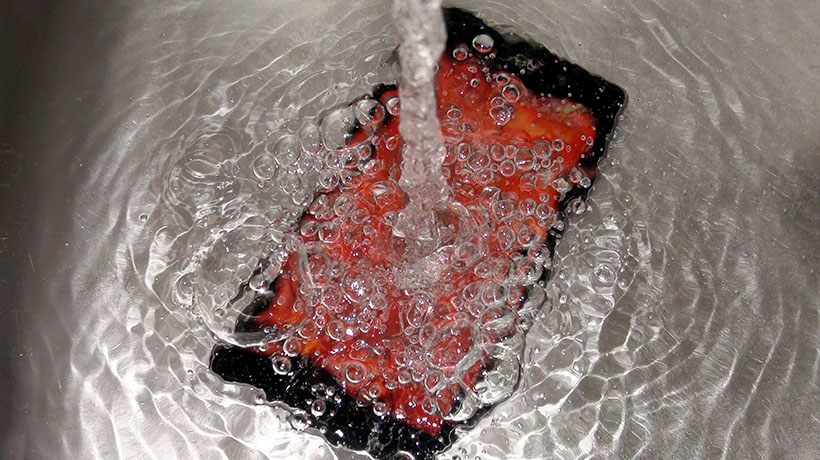 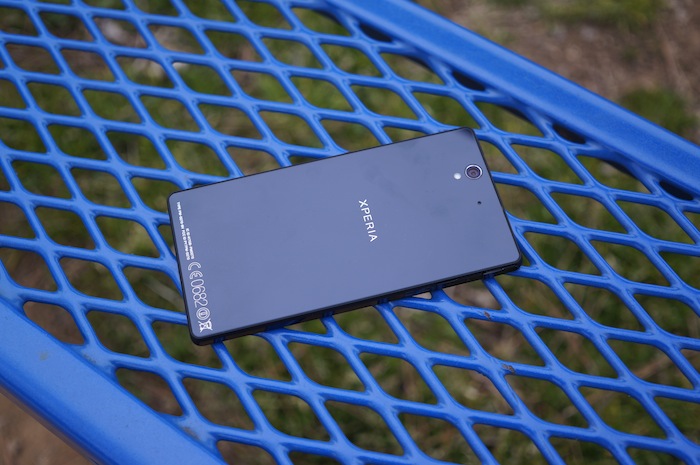 Not to mention, with the exception of the Xperia ZL, all of Sony’s high profile smartphones did something no other manufacturers’ flagships could do: go for a swim. They came with IP55 and IP57 dust-proofing and water-resistance, allowing them to survive water submersion up to a depth of one meter for up to 30 minutes.

Despite Sony’s capacity to make high-end, water-resistant smartphones without sacrificing design and beauty, however, it continues to struggle to become a staple in the wireless industry.

New Sony smartphones are constantly expected and anticipated, but they never seem to shake up the industry, disrupt the market, or make any notable impact. Samsung’s flagships, the Galaxy S 4 and Galaxy Note 3, destroy the competition in sales. The HTC One forced the competition to focus on great design and build quality. Motorola’s Moto X has become the benchmark for user experience and value proposition. Nokia forced the competition to pay closer attention to image sensing capabilities. And Apple revisited the topic of biometric sensors, encouraging the competition to jump on the fingerprint sensing bandwagon.

Yet while Sony seems to be the only mobile manufacturer heavily dedicated to water-resistance, the competition is unmoved and consumers seem, for the most part, uninterested in the parlor trick of Sony’s Xperia lineup. 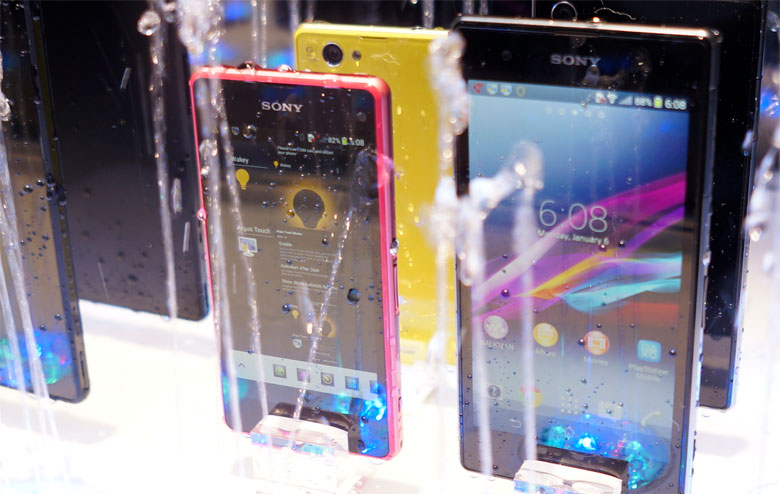 Even the Xperia Z1 Compact failed to stir up as much dust as it probably should have at CES 2014.

It seems as if Sony can’t dig itself out of irrelevancy, especially here in the United States, where Sony’s mind share is minimal and its market share is even more scarce.

Clearly Sony isn’t giving up on mobile anytime soon. And its relationship with T-Mobile USA appears to be budding with the Xperia Z1S exclusive.

So how can Sony break into the US market and compete with the heavyweights? There’s no black and white formula. But there are some factors definitely missing from Sony’s current strategy.

For instance, marketing. I can’t count the number of times I’ve seen a Sony ad for Xperia smartphones and tablets outside Sony’s booth at CES … because I’ve never seen a single one. Maybe Sony has some marketing presence globally, or outside Charlotte, NC. But the mind share here is nonexistent because the only Sony marketing I’ve ever seen in person is for its bread and butter: PlayStation, Televisions, and cameras.

The thing is, most people think I’m a Sony hater. I’m anything but. I’ve been a PlayStation gamer since the original PlayStation. I’ve only ever used Sony cameras for my work – three to date. And I’ve come close on several occasions to buying a VAIO laptop, as well as a Sony television. 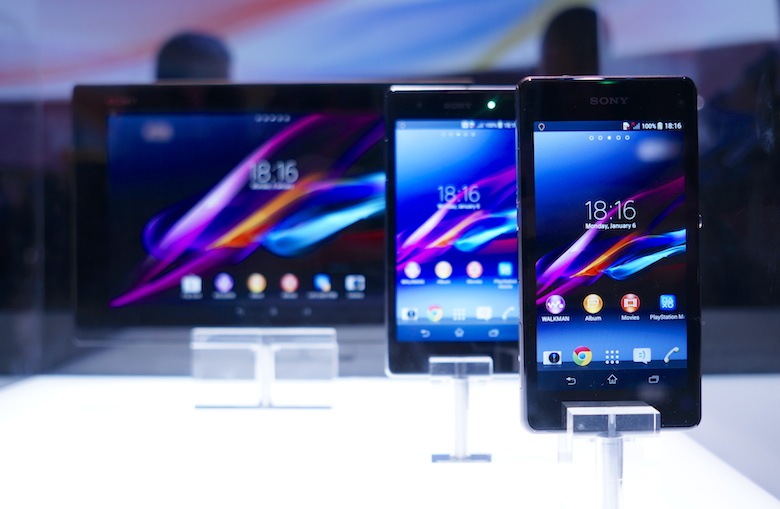 Its mobile efforts simply haven’t ever moved me, and that brings me to my next point.

Sony needs something to truly set it apart. For whatever reason, waterproof smartphones isn’t cutting it. Outside that, Sony has nothing terribly spectacular in its current smartphone lineup. The software experience is unspectacular. The camera experience is subpar. And as beautiful as the hardware design is, the devices themselves are rather forgettable over time.

Sony makes some of my all-time favorite cameras. In fact, all of the video guys here at Pocketnow use Sony cameras. At CES this year, we had two Sony Handycams, an NEX-5N, and an NEX-F3. If I had the funds right now, I’d own the Alpha A7. 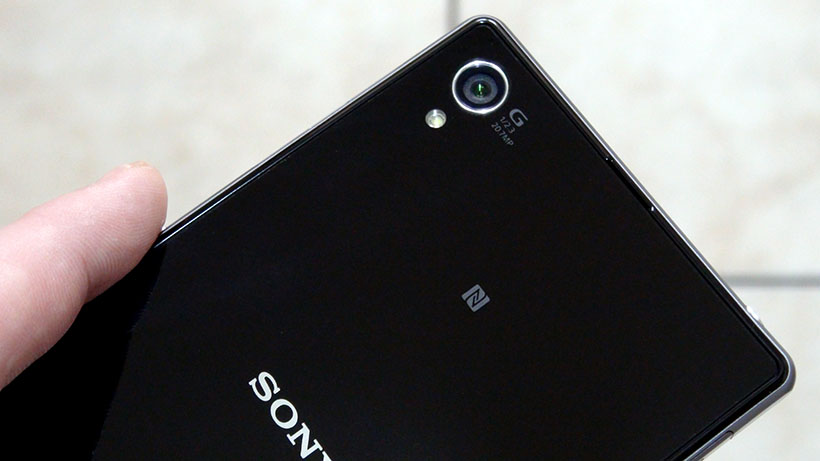 Why can’t Sony replicate its prosumer camera experience in its handsets? Manual SLR-like controls within the application would be a great start. And better camera performance is a must.

Something Sony has now done that each of its competitors has failed to do in at least two years is create a high-end smartphone under 4.5-inches. The Xperia Z1 Compact has high-end specifications, yet it only has a 4.3-inch display.

There is obviously demand for a smaller, high-end Android smartphone, and Sony is currently the only one willing to offer such a device. If Sony could somehow leverage this against wireless providers here in the States and sell the Z1 Compact on AT&T or Verizon with a two-year agreement, I’m confident the phone would sell.

Unfortunately, that matter may be out of Sony’s hands. And that’s where Sony’s real challenge begins: convincing the major US carriers its products will move. But without the marketing push, open availability, wide network compatibility, and a major selling point, that will not come easy.

We all would love to see more of a presence from Sony here in the States, but with T-Mobile exclusives, a lack of marketing, and few (to no) features which will appeal to the masses, it could be a very long time before that ever happens.

What do you think would bring Sony back into the cell phone game stateside, readers? Marketing, better devices, or a superior user experience? A combination of the three? Or is Sony destined to stay out of the States?