Why can’t Sony get it right?

Sony’s latest smartphones are great, but they lack a certain X factor that set them apart from the crowd. Read on to learn how Sony smartphones lack soul.

Can we all agree on one thing? Sony makes some beautiful devices. Hat tip to everyone in Sony’s design department. The Xperia Z, Xperia Z1, Xperia Z Ultra, and even earlier devices, like the Xperia S and Xperia ion, are gorgeous.

All of these devices are genuinely beautiful smartphones, and the Tablet Z is just as beautiful in its larger form. Their expansive glass surfaces, ruggedized plastic (or metal, depending on the model) trim, and distinguished hard corners, all make these smartphones, aesthetically, stick out from the swarm of other smartphones.

Most of them are known to perform quite well – especially the Z Ultra and Z1, both fitted with the Snapdragon 800 chipset; battery life isn’t much of an issue on the newer models; and most of this year’s models are dust-proof and water resistant. Sony has also managed to keep one of the most requested features other manufacturers are moving away from: expandable storage via microSD.

Even Sony’s UI isn’t as bad as some of its competitors. It’s fairly lightweight and – aside from the icons, widgets, and other bloat – is very stock-like. But it packs a punch without being overbearing and cumbersome. Users can turn their favorite widgets into free-floating applications, called Small Apps.

Yet Sony’s smartphones continually perform poorly on the market, in terms of mind share, and in comparison to their toughest competitors. Sony still manages to miss the mark each and every time. 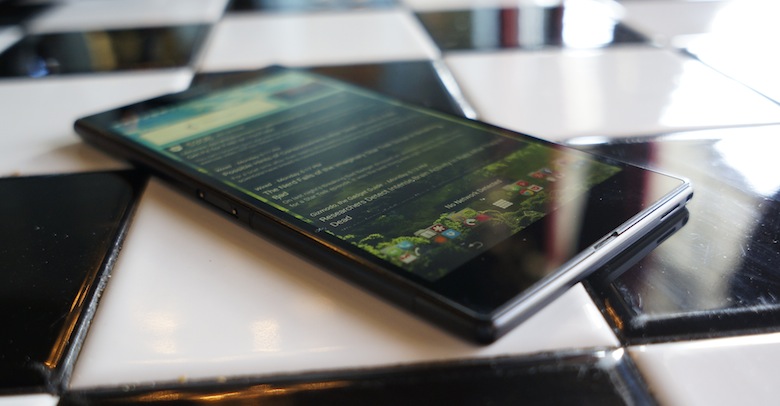 Its displays, for example, have been the subject of a lot of criticism and debate. In fact, I was not a fan of the Triluminos display on the Z Ultra during my review period and there could be several reasons for that. It was a defective unit I couldn’t get replaced, it wasn’t running the latest firmware version with the X-Reality engine, etc. (But that didn’t save me from being lambasted in the comments.)

Tony’s take on the Z1’s display was definitely more generous, likely thanks to X-Reality actually being included in the official firmware. But the viewing angles – a common problem for Sony’s smartphones – are still atrocious.

Sony’s cameras are far from the greatest, as well, despite what the company says. More megapixels doesn’t always mean better performance. Just take a quick stroll to Tony’s Z1 review and check out the camera samples. For a much-hyped 20-megapixel camera, the results are yawn-worthy. And the 8-megapixel camera on the Z Ultra was much of the same.

The interesting part is that these are two areas we would expect Sony to excel. Sony’s televisions are great – at least in my experience. And the three Sony cameras I’ve owned have been absolutely superb. Not to mention, Sony is consistently the supplier of mobile camera sensors to some of the most impressive smartphone cameras around, such as iPhones.

I hate to use the term “fanboy”, for fear of Tony using the ban hammer on me. But Sony has some seriously dedicated fans, and when we write the slightest hint of negative or critical words about the company, they come out of the woodwork in full force. A common allegation is that we at Pocketnow are either paid by the competition to publicly shame and defame Sony’s products or that we enjoy being overly critical of Sony.

Neither of these things are even remotely true.

In fact, most of us here at Pocketnow use Sony cameras to record our videos, and we’re continually proud of the output. Jaime and I use NEX-5Ns and Michael uses an NEX-F3. I’ve also always been a PlayStation guy. I owned the original, the PS One, PS 2, PS 3, and I plan to pick up a PlayStation 4 soon. I’ve also owned several PSPs. 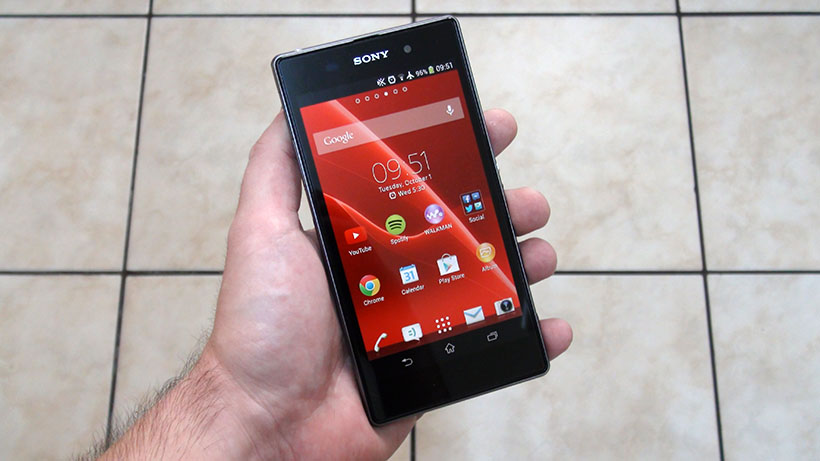 Sony, unquestionably, makes great products. And any inclination that I – and the rest of the Pocketnow team – have a bias against Sony is nothing more than gobbledegook.

How the 7.5 I gave the Z Ultra is viewed as a “bad” score is beyond me. (Side note: I’m with Michael on axing review scores.) The last time I checked, 7.5 out of 10 is a decent score. The ZL received an 8, the Z scored an 8.5, and the Z1 mustered an impressive 9.1 out of 10. None of these scores are bad and prove that Sony is on the right track. But Sony continually fails to produce a phone that is mind-bogglingly good.

The Galaxy Note 3, Galaxy S 4, HTC One, iPhone 5S, Lumia 1020, and even the Moto X all offer something special, something that can’t be directly transcribed to words, something you only notice after using them. None of them are perfect, but they each shine in their own way, providing a balanced, well-rounded, spectacular experience.

But in all my time with any Sony mobile product, I can’t help but feel they lack that special X factor that makes me want to keep coming back to them.

Raw specs are no longer what make a phone great – or above and beyond. Software alone can’t do the trick either. But the perfect balance of great specifications, awesome software, and value proposition seems to be the ultimate goal for all manufacturers these days, and somehow Sony keeps missing the mark, just by a hair.

The Xperia Z, Z1, or Z Ultra are beautifully designed. And as I said before, the software isn’t all that bad. (Samsung’s and LG’s, visually, are much, much worse.) But given the opportunity, every single time, I would rather spend my own money on the Moto X, Note 3, 1020, or even an iPhone than tie myself down with an Xperia phone.

Why? I can’t exactly put my finger on it. But Sony’s products lack something special. I, personally, find nothing enticing about them. It’s as if Sony lacks soul and a proper differentiator – something to truly set its products off and apart from the countless competitors.

So now I’m asking you (many of which I know are Sony enthusiasts, I hear you loud and clear): what can Sony do to appeal to the masses? What can Sony add to its products to give them soul and character, rather than simply pumping out spec sheets with beautiful metal and glass casings? Sound off with your opinions in the comments below!