Find out how Sony’s next flagship measures-up to some of its current models in these new Sony Sirius images.
Published 14 February 2014, 12:27 EST

The past several weeks have already offered us more than a few opportunities to look at the Sony D6503 “Sirius,” the handset expected to be the next Z-series flagship, and a phone that just might launch as the Xperia Z2. Back in January, some images arrived that showed Sirius up against the Xperia Z1, letting us see what changes to the design (and there really weren’t that many) Sony might have in store. Today we’re back in the same ballpark, only this time with an additional model for comparison, as Sirius sits down with the Xperia Z1 and Xperia Z.

From left to right up top we’re looking at Sirius, the Z1*, and the original Xperia Z on the right. Like we’ve seen before, Sirius is just a hair larger than its predecessors, owing to to Sony’s use of a 5.2-inch display. Also, down below, we get to check out two looks for Sirius, both in white and in black.

We also hear that Sirius might mark a manufacturing departure for Sony, marking a move away from placing the phone’s Sony logo on its pre-installed screen protector. We don’t know if this just means the logo will be on the glass itself, under a clear protector, or even if Sony might be ditching the protectors all together.

Sales of Sirius might be getting underway sometime in April, which means MWC might not be too, too early for the smartphone’s public debut.

* Update: Apparently, we’re just looking at the Z1’s front panel in the middle up there, so for a better comparison to that model, you’ll want to refer back to the earlier pics we mentioned. 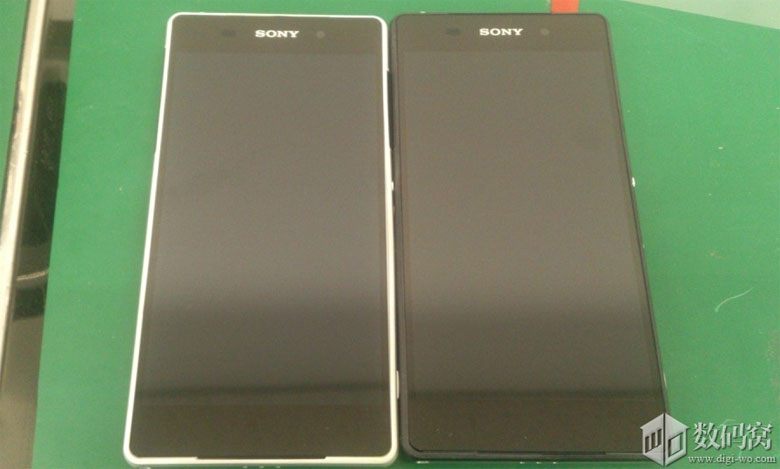