Read why we think that Sony forgetting about low-end smartphones is just an all-around win for the company.

Last week, we heard that Sony was considering getting out of the market when it came to really low-end, entry-level smartphones, instead concentrating its future efforts on mid-range and flagship products. My thoughts immediately jumped to the editorial I wrote back in November, highlighting some of the changes I thought Sony would really be wise to make in the new year. While a lot of what I hoped for hasn’t (yet?) come to pass, one point I made was that Sony needed to forget about low-end phones and focus on really showing some premium quality with the rest of its lineup. Perhaps it’s too early to get excited, but if Sony really is taking this path, I think it’s fantastic news for the company.

I’ll admit, dropping budget devices can sound a little counter-intuitive, especially with all we hear about the huge opportunity for smartphones to expand into developing countries – heck, look at all the rumors going around about Apple, Mr. high-end-or-nothing, working on a budget-priced iPhone for release later this year. 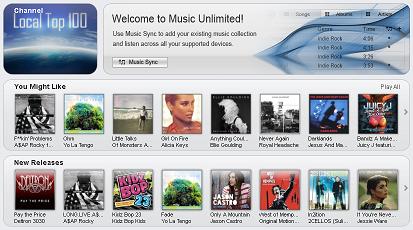 Ignoring those potential customers sounds like it could be a big mistake, but there’s more to it than just selling more units. With lower-priced gear, margins start getting thinner, and you have to sell more and more of them to turn the same profit. Since there’s already a glut of options out there when it comes to cheap Androids, it’s increasingly difficult to stand out while still being able to make any appreciable profit; you either have to be the cheapest guy around, or the guy willing to pack more features onto a phone for the same price everyone else is charging. Neither one of those is a recipe for financial success. On its own, that’s all bad enough, but Sony would be getting doubly screwed on account of all its services that would go under-utilized.

Don’t forget, Sony’s interests are a whole lot more vast than just smartphones, and the company has leveraged its position as a media giant to turn its holdings into additional revenue streams through its smartphone business. Selling someone an Xperia phone is one thing, but selling them that phone and then getting them to subscribe to Sony Music Unlimited, stream movies on Video Unlimited, or purchase games through the PlayStation store stands to be hugely more profitable for Sony. When you’re targeting the low-end market, you stand to convert a whole lot fewer of those handset owners into the sort of users interested in making ongoing payments to Sony for mobile entertainment.

It’s also not like any of this, should it actually come to pass, would mean the end of affordable Sony phones. The mid-range is still very much on the table, and I’m guessing that this is actually what most of us are thinking of when we talk about “budget” phones. The models we’re talking about Sony putting the axe to are under-specced handsets with the likes of HVGA displays – some seriously out-of-date hardware that likely doesn’t even surface on the fringes of the smartphones of which you’re aware. You’re not going to miss them, and if their absence means that Sony’s engineers have more time to spend on seriously competitive models like the Xperia Z and ZL, so much the better; not only does Sony benefit from having some attractive hardware in its stable, but models like that put pressure on the rest of the industry to keep delivering their A-games.

Sony, I implore you to make good on this aspiration and focus your brand on mid-range and premium products. We can talk about coming out with some more sensibly-named phones later, but streamlining your smartphone operations, with a focus on quality hardware, sounds like a great first step towards a better future.