Sony has already shared its Xperia E4g mid-ranger, but it’s been looking like the company has still been holding onto a number of new devices for introduction at MWC itself. We’ve seen signs of an Xperia Z4 Tablet a couple times over the past few days, and today we get what may be our best look at the tablet to date, as well as check out a phone that sources claim is the upcoming Xperia M4 Aqua.

That’s the supposed Z4 Tablet above, the one Sony seems to have inadvertently teased as having a 2K display, up form the Z2 Tablet’s 1080p panel. Sony appears to be introducing a new quick-launch taskbar, as well a renaming some of its bundled apps. What’s maybe most interesting about this pic is what it means for yesterday’s teaser – the one we though might be the Z4 Tablet. While that image didn’t show much, it revealed an edge bezel that’s noticeably thinner than any shown here – to such an extent that we now doubt they could be the same device.

Then we have this Xperia M4 Aqua, a mid-ranger expected to get a 5.2-inch 720p display, 2GB RAM, Snapdragon 610 SoC, and a 13MP main camera paired with a 5MP front-facer. And as its lineage should establish, this guy will be another waterproof model. 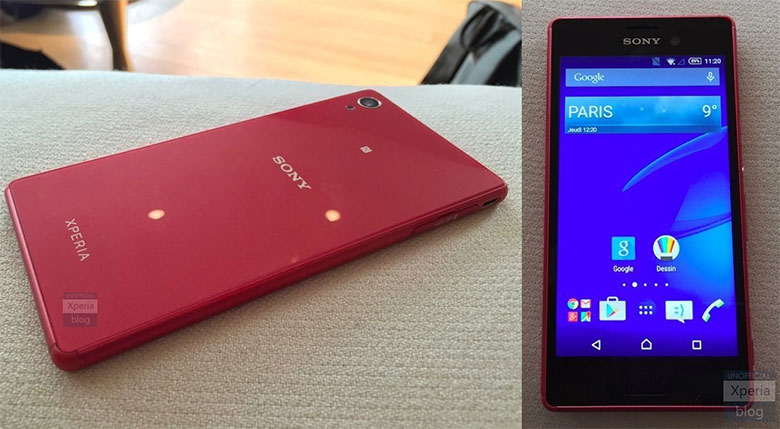