A Sony foldable smartphone could, according to a recently uncovered patent filing, employ several transparent displays. Check it out!
Published 03 December 2018, 09:00 EST

A Sony foldable smartphone could be in the works, or just planned, as the company has filed and was granted several patents in Japan, the US, and with WIPO. Interestingly, Sony’s patent takes a different approach that what we’ve seen so far. The general trend is for a phone to unfold into a tablet, or a tablet to fold into a phone, with usually an external, smaller, and an internal, larger display. The Sony patent describes a device with two displays, that are transparent.

As described by the folks over at LetsGoDigital, who uncovered the patent:

The patent describes a smartphone with two displays, one at the front and one at the rear. The first display includes a plurality of light emitting elements. The second display includes a plurality of light control elements, each performing light control for control of transmission or reflection of incident light. As a result, the patented Sony smartphone features a dual-sided transparent display.

The patent also describes six different display modes, three for each of the two displays. These are transparent, semi-transparent, and non-transparent or opaque. While the user would be able to choose between different modes, these would also be automatically selected by factors like ambient light or battery life. While this technology doesn’t necessarily apply to a foldable smartphone, it could very well do so.

According to the report, a smartphone like that would have four displays, as “two displays need to facing each other”. You can find more details and imagery at the source link below. 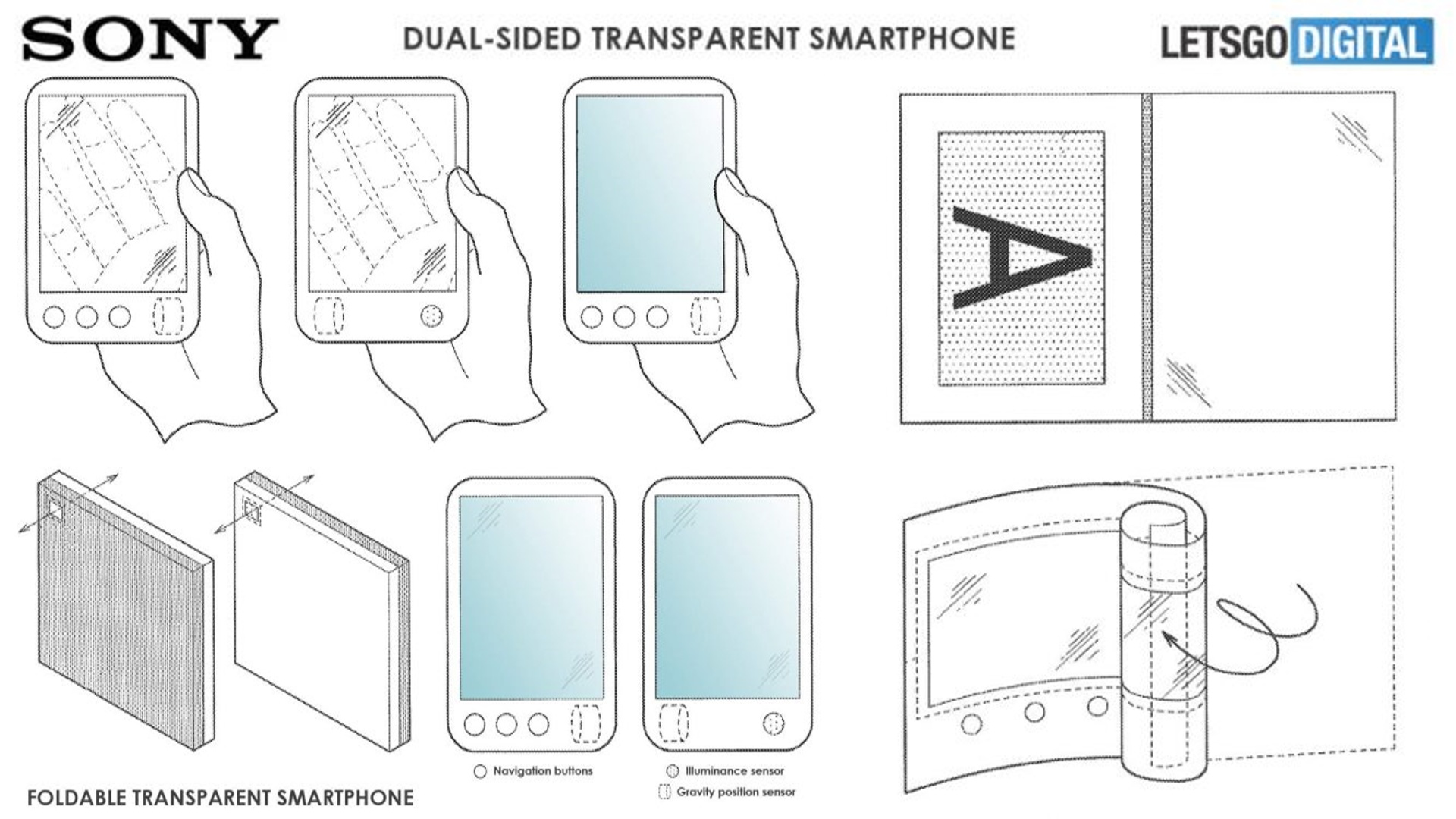