Our Sony at IFA 2014: rumor roundup piece highlights the many devices the OEM is planning to launch at the trade show, including the Xperia Z3.

Though it tends not to get the most media attention at IFA – Samsung has been stealing that spot for a bit now with its glamorous unveils – Sony almost always has quite a lot of things to show off at the Berlin trade show. This year is no exception, and the count for what the OEM plans to announce currently stands at seven mobile-related devices. That’s quite a lot, so we were quite eager to get all the info in one place. So we went ahead and created a full rumor roundup for Sony’s IFA 2014 announcements. 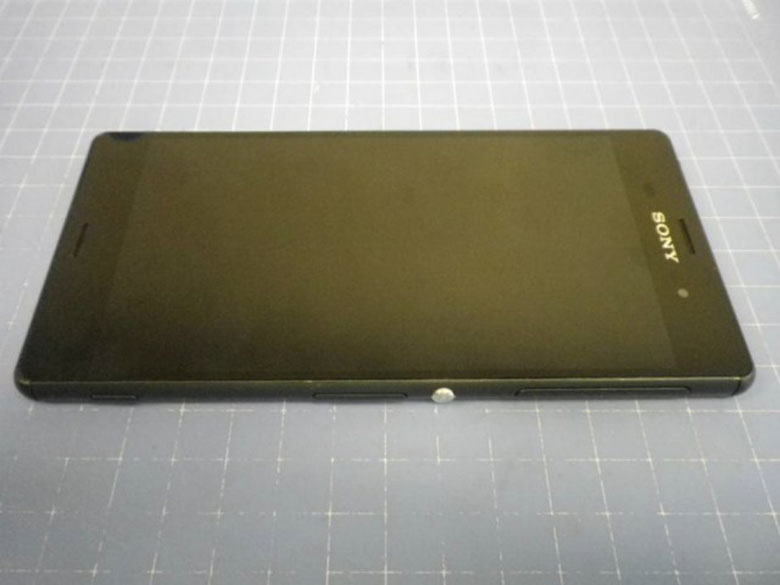 Without a doubt the most anticipated product of this year’s IFA is the flagship Xperia Z3 smartphone. The Xperia Z2 was seen as a great product by many, and our full review called it “worth every penny,” so we’re naturally excited for the successor. The Z3 isn’t actually much of a step up from the Z2, at least according to the picture these rumors are painting, but it’s possible Sony has improved its phone in all the right places to make it a worthwhile buy. 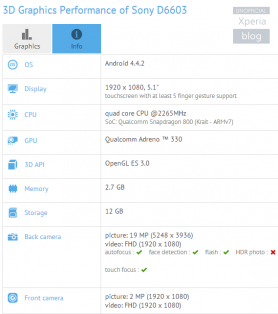 As far as specs go, we’re expecting a 5.2-inch (or, as @evleaks put it to be more specific, 5.15-inch) Triluminos display with a 1080p screen resolution. According to the same two sources, and another one, there’ll be a Qualcomm Snapdragon SoC, but we’re a bit torn on the exact model. We’re pretty sure, based on the leaks, that we’ll be seeing a Qualcomm Snapdragon 801, but @evleaks had stated it would be clocked at 2.4 GHz, while 9to5Google and Sony Xperia Ailesi are reporting it as 2.5 GHz. These same sources are all stating that we’ll be seeing 3GB of RAM, and two of them are also stating that there will be 16GB of internal storage. One site reports that storage will be expandable through a microSD card slot.

Moving onward to the camera, this is where Sony likes to stick with its guns. It has used a similar 20.7MP sensor on many iterations of the Xperia Z line of smartphones, and the Z3 looks to be no exception. The front-facer is reportedly around 2MP, with one source quoting a 2.1MP number instead. The battery is expected to weigh in at 3,100 mAh, though we’ve only heard one source weigh in with this number.

We haven’t included data from it in the written portion of this Z3 roundup, but you can take a look at an alleged benchmark of it off to the right hand side.

Rounding out the hardware, there will almost definitely be some sort of certification for water and dust resistance. What exactly that IP number will be isn’t clear, as 9to5Google says IP68 while Sony Xperia Ailesi contradicts that by saying the Z3 will have IP55/58 dust and waterproofing.

We don’t know much about the software other than the fact that the Z3 will probably run Android 4.4 with Sony’s Xperia skin. It’s said by 9to5Google that this new version of the skin will include software tech that can be used to make the battery last about two days. This sounds awfully similar to the HTC One M8’s Extreme Power Saving Mode, which we gave a whirl a few short months ago.

Availability details are also scarce, but an FCC filing and 9to5Google‘s report have us thinking that T-Mobile will be getting a launch exclusive on the Z3 not too long after the launch. We’ll leave you off with a couple of leaked pictures we weren’t able to fit in here; follow these links to take a look at what exactly we’re expecting: 1, 2, 3, 4, 5. 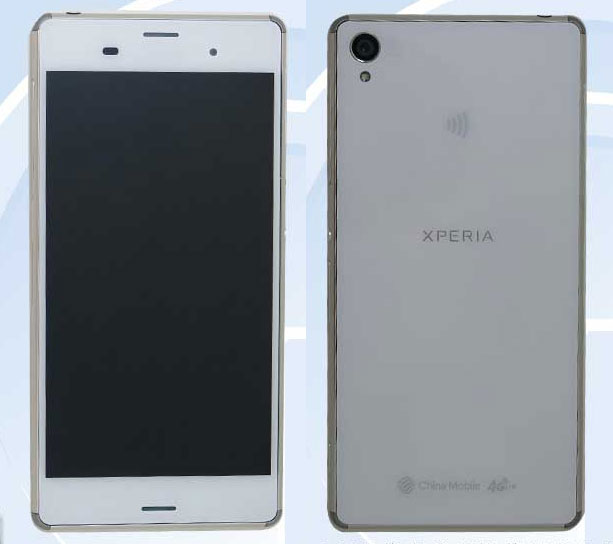 Almost every report we’ve found suggests that the specs of the Xperia Z3 Compact will be exactly the same as what you can find on the Xperia Z3, save for the display, battery, and RAM. So we’ll cut to the chase and simply cover those in this section.

If we go by what 9to5Google has to say, the Z3 Compact will have only a different display than the regular Z3, but simply in the interest of including all relevant rumors, we’re going to go ahead and list what a different source – Komorkomania – has to say. Both sources say there will be a 4.6-inch 720p display, but the latter mentions 2GB of RAM instead of 3. There’s also apparently a 2.2MP front-facing shooter, and a 2,600mAh battery. We’re not sure which source to trust more on this one, but either possibility seems like it would make sense if it played out. 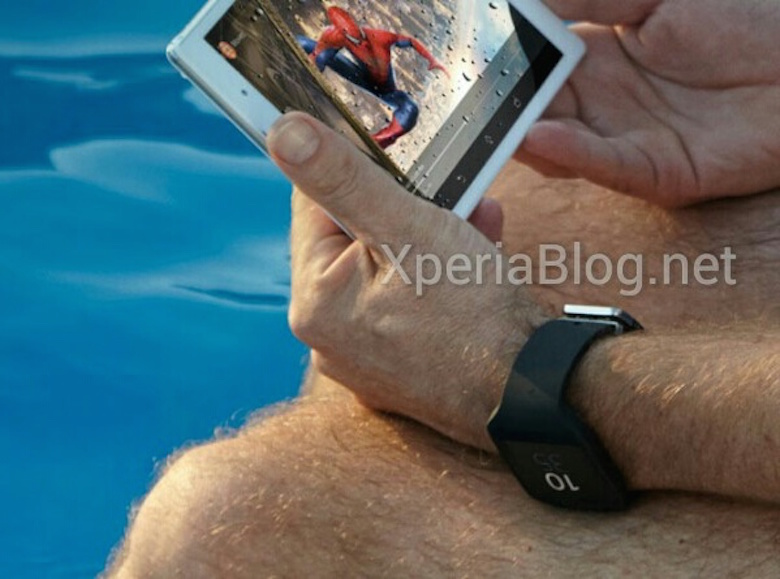 This one’s a similar story to the Xperia Z3 Compact’s. If we go by what 9to5Google has to say, then this will simply be an 8-inch Xperia Z3 – probably minus cellular capabilities, too. And we only have one leaked specs list too, courtesy of Android Origin, but thankfully it lines up with the Xperia Z3 details for the most part. We’ll go ahead and rehash them here for you, pointing out the differences as we go along.

There’s allegedly an 8-inch 1080p Triluminos display with anti-reflective coating, which is probably one of the reasons Sony supposedly went with the picture above as a promo picture for the tablet. There’ll also be a Qualcomm Snapdragon 801 (MSM8974AC) processor clocked at 2.5 GHz, 3GB of RAM, LTE, NFC, Bluetooth 4.0, 16GB of storage (with microSD expansion support), an 8-megapixel rear-facing camera (different than the one employed by the Z3), and a battery that’ll be in the ballpark of 4500 to 5000mAh.

Before 9to5Google published their report letting us know what Sony had in store for us at IFA, we actually hadn’t heard about this phone before. As a result, we’ll have to go off of what they say as our only source – keep that in mind as you read the text in this section.

This device apparently won’t jump on the waterproof train, but will house a 1.2 GHz Qualcomm Snapdragon 400 processor along with 1.5 to 2GB of RAM. It looks like the display will measure in at 4.8 inches, and the resolution is expected to be 720p. The Xperia E3 is also said to be fairly affordable, priced somewhere between $200 and $300 sans a contract.

We’ve heard that Sony was preparing a new smartwatch three times now: the first report said it wouldn’t be an Android Wear device, the second time we caught wind of it was through the image you see in the Xperia Z3 Tablet Compact section, and the third time was when we heard it would run on Android Wear. That third report, courtesy of 9to5Google, is by far the most informative description of the watch, so we’ll reference that below.

Supposedly, the Android Wear watch will have a square display measuring in at 1.68 inches tall and wide. That screen supposedly has a resolution of 320×320, with IP58 certification for water resistance. It also apparently looks like the Samsung Gear Neo in person, and a rendering (a very grainy one, though) is available for you below. Apart from these tidbits of info, we know nothing else about this particular wearable. 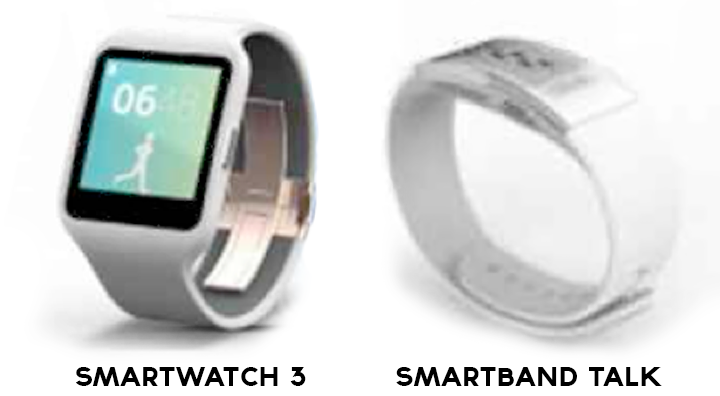 The second wearable Sony is apparently set to unveil is the SmartBand Talk. We’ve only heard of this one from 9to5Google again, but it is the next in a line of SmartBand devices. The source says a curved e-ink display and Bluetooth connectivity will both be on the list of features, but we don’t know the nitty gritty details quite yet.

For those not familiar with it, the QX line is a line of smartphone accessories acting as an external camera. This year, instead of having something like last year’s QX10 or QX100 where you’re only able to use one lens, Sony will reportedly introduce the QX1 with interchangeable lenses. Speculation points to a 24MP sensor being available as part of the QX1, and a retail cost of around 300 euros as a standalone device. With a Sony 16-50mm zoom lens, that price could shoot up all the way to 450 EUR.

IFA 2014 is merely hours away by the time you’re reading this, and Michael Fisher and Taylor Martin are nearing Berlin. We’ll have hands-on coverage of all of the Sony announcements once the press event ends tomorrow, so keep it locked to Pocketnow’s IFA 2014 coverage! 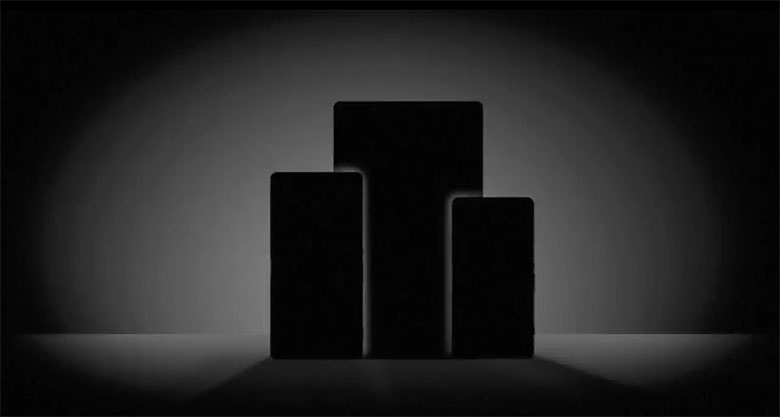