Poll: Why is there so much iOS hate?

We take a moment to examine why there is so much iOS hate. There are a number of them, unfortunately. Do you hate? Tell us why!
Published 15 November 2014, 10:00 EST

iPhone gets a bad rap. It really does. Apple is such a polarizing company it’s almost funny. Apple has fans that are so very dedicated to the platform they almost need therapy. iPhone, iPad, iMac, Apple TV, Apple Watch, and even a white Starbucks membership card. Apple has achieved the kind of fan base that corporations only dream about – for better or for worse.

You know the stereotypes – iSheep, rich yuppies hanging out at Starbucks, when they’re not camping out at Apple stores, that is. These people, the fans who have done nothing wrong except fall in love with a product – like we all have, mind you – are the targets for blistering criticism across the mobile space. I know; I used to be one of the critics.

To be fair, I’m not going to claim that I never stereotype Apple fanboys any more. I’ve written a few pieces of late about the platform and made some assumptions about what Apple fans are thinking about their products. But more than anything, I’m trying to understand the psyche behind someone who loves them some Apples. But this isn’t about me. 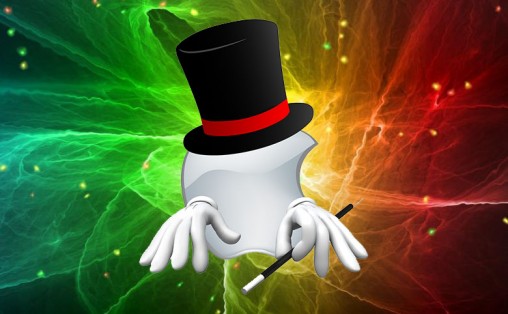 Some folks hate Apple more than the fans. There’s a ton of criticism around Apple events. Twitter explodes with “That’s not new” and “so-and-so did this first!” and claims along those lines, none of which are untrue. But the passion by which these claims are asserted is remarkable. You’ll see other criticism around other events – most notably Samsung events, but the volume of Apple hatred on Twitter and other social media platforms is unprecedented.

In this arena, Apple has only itself to blame. The rhetoric surrounding these products is always turned up to 11. “Magical”, “historic”, and “amazing” are just a few of the words that are bookmarked in Apple’s thesaurus. The connotations behind those words always raise the ire of those who, frankly, know better. There’s nothing magical about it. It’s not amazing. It’s new to Apple, or iOS, sure. But some seem to think that Apple goes too far when describing its innovations <s> features. 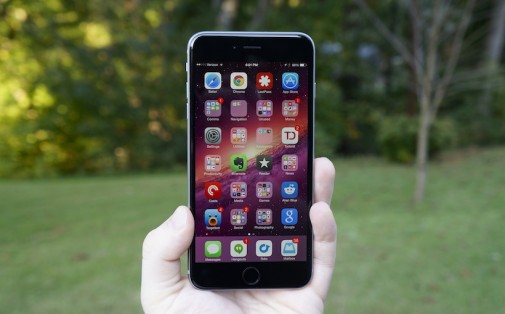 Another area that seems to rankle is the combination of how mind-numbingly simplistic iOS is compared to how incredibly successful it is. iOS is a boring operating system. The absurd lack of customization is starting to lift in recent months, but for the most part, your iPhone is going to look exactly like everyone else’s iPhone. That also lends credence to the “iSheep” moniker I mentioned earlier. With Android the virtual flea market of customizations, Apple’s absolute rigidity is simply baffling to fans of competing platforms. Some people like simple. I don’t, but some people do.

And that’s ok. There are some of us out there who choose not to partake in the Apple Hate that goes on. I used to be a hater. I will admit that freely and willingly. My tweets are just as public as yours. But I like to think I’ve changed my views successfully enough to shed that “hater” reputation. To me, it’s all good. You want a new iPhone? It’s a solid phone. Good on ya. Hakuna Matata. And yes, now you need to go watch “The Lion King”. Sorry about that.

So where do you stand in the realm of Apple-hate. Be honest with yourself. Are you a hater? It’s ok, we won’t judge. But if you are, why do you hate? As the great bard, Joey Belladonna once wrote:

Think, it takes a man to think
And to admit his ignorance
You can’t just look at my face
You can’t judge me by my…[platform of choice.]

Or something like that. So go ahead and vote below. Let us know if you hate and if so why you hate. If we haven’t covered it here, feel free to vent in the comments. No one will take it personally.