HTC device benchmarked, but is it the Desire 10 Pro?

There’s another Snapdragon 820 device from HTC just beginning to make the rounds on GFXBench. We already think that the Nexus devices will get Android 7.1 before they launch, though. 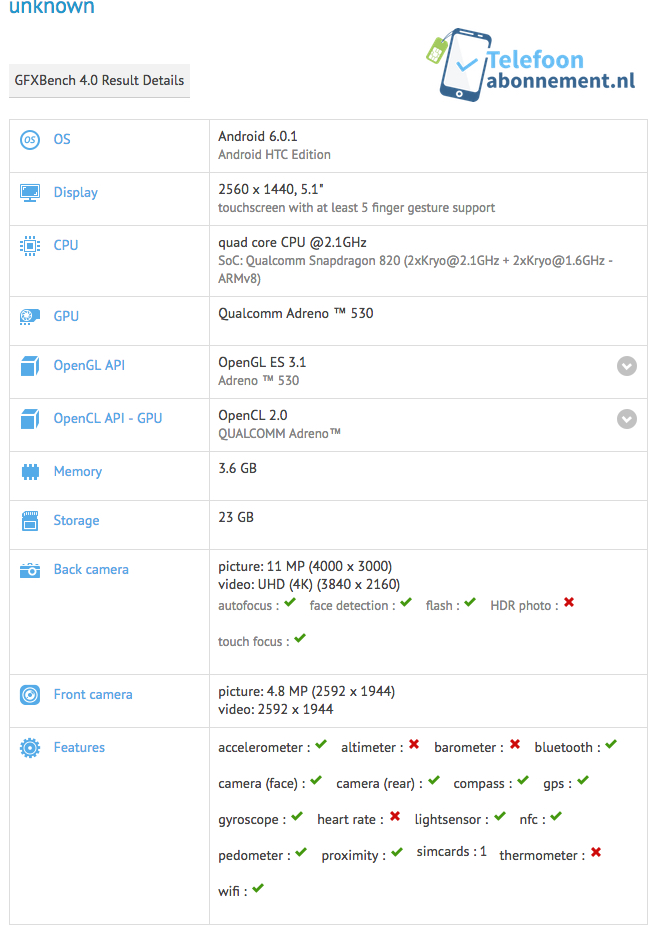 It  has all the typical trimmings: 4GB of RAM, 32GB of storage and a 12-megapixel camera on the back with a 5-megapixel front facer.

But is that quad HD screen really at 5.1 inches? The Desire 10 Lifestyle has been rumored to receive a 5.5-inch 720p panel. Maybe the Pro version will be more faithful to the OG 10?

One thing we can’t rule out: the Marlin Nexus smartphone that HTC is said to be making should be larger in size than its (rumored) 5-inch sibling device, the Sailfish. And if numbers work the way they’re supposed to, 5.1 is bigger than 5.0. Only one passing rumor mentioned that the Marlin would end up at 5.5 inches in screen size, we just haven’t seen any GFXBench or anecdotal confirmation about it.

Our doubts lie in the Android version as it’d be more likely that Android Nougat MR1 would be the workbench of choice in late stage development. But again, we’re dealing with fringe possibilities, here.

Questions and questions arise with no good answers abound.

OnePlus is going to condense the whole journey in a 4-part documentary film that will be out on June 30, ahead of the rumored July 10 launch event.