So far, Fuchsia OS looks good on a Pixelbook

More things work on it than we’d thought, but it’s still a very broken experience. And yet, there’s progress and a clear idea of what Fuchsia wants to be.
Published 18 January 2018, 20:00 EST

It was recently revealed that the Pixelbook is one of several test beds for Google’s homebrew operating system project called Fuchsia OS, work that’s about three years in the making. While the kernel is still in a rapid development phase at this point, one theme has been clear: as it has been pictured to work in multiple aspect ratios, Google may be looking to replace Android and Chrome OS with an all-in-one solution that strays away from a Java base.

Now, photos and video from Ars Technica is revealing more about what’s up with Fuchsia at this stage and, surprisingly, there’s plenty of progress to be found. However, the installation process is more work than what an average enthusiast would put up: users put a bootloader onto a USB drive and then, through said bootloader, connect up wirelessly via a plug-in adapter to a Linux box to stream 1.1GB worth of system files onto the Pixelbook. Given that all the Pixelbook does is USB-C, there’s an accessory challenge to making those links possible, but it’s possible. That said, Ars‘s Ron Amadeo speculates far down the line that Google could launch Fuchsia with no physical install medium, just a network pull.

Once the files are loaded, Fuchsia is able to boot from disk on the Pixelbook.

Fuchsia is able to toggle between laptop mode and an emulation of phone mode with ease — something we suspect won’t last on more public-facing builds if there are to be any. On the Pixelbook, the OS is able to latch onto the kernel to run the touchscreen, trackpad and USB ports, but it could not connect to the on-board Wi-Fi adapter. In this state, the OS runs on a debug mode by default, those adding a tag to the compiler — accessible via a press of the Caps Lock key — puts it into a faster public “release” state. 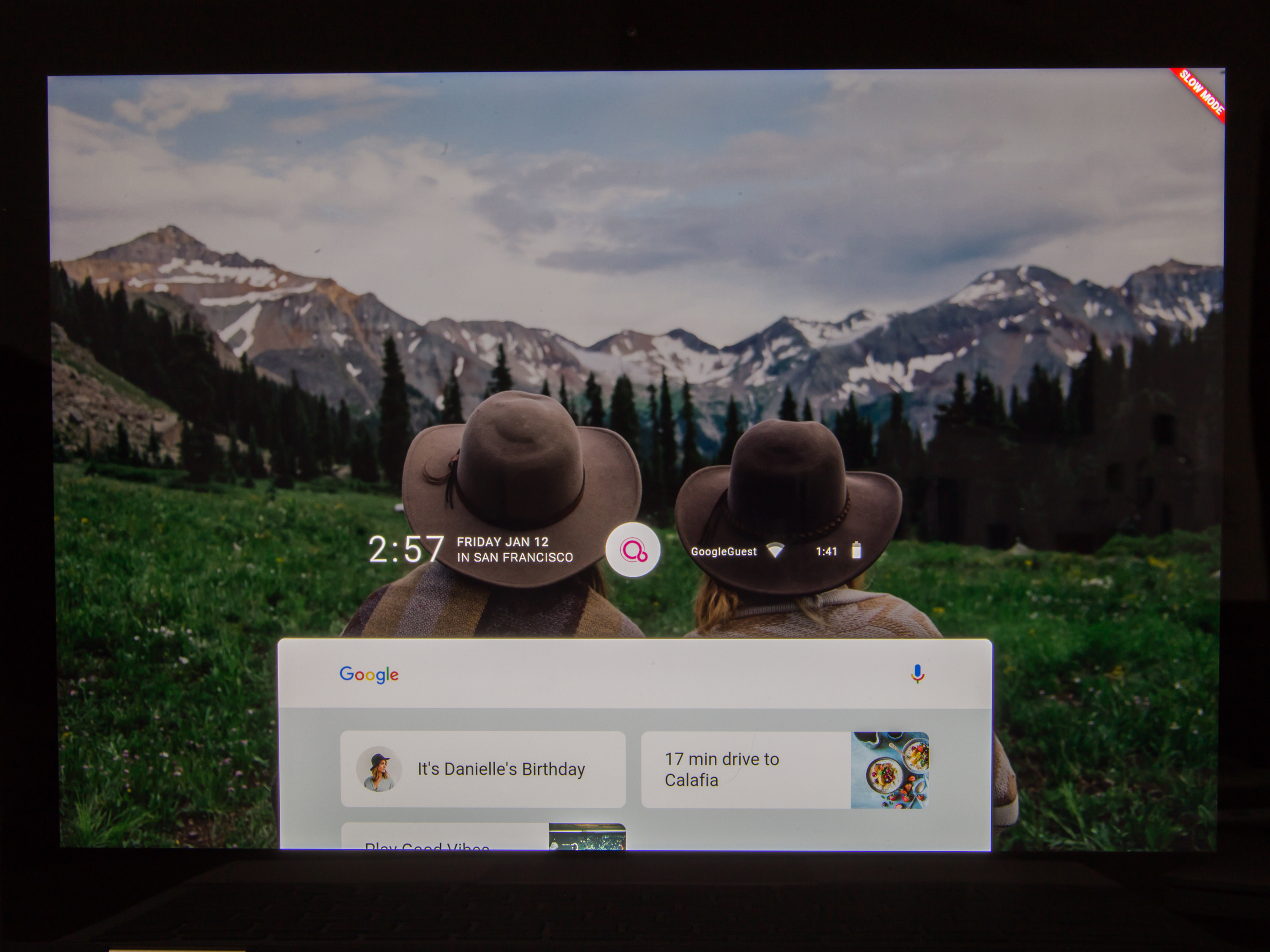 Recalling the “armadillo” interface that was demonstrated months ago, we find that not much of the concept has changed, though placeholder data is actually being loaded in place of null objects. The working Fuchsia OS logo acts as a button, front and center of the experience. To the sides of it and on top of the wallpaper are time, location, network and device status stamps. At the bottom is a page for Google’s Feed and search.

The on-board browser is open-sourced from Mozilla with the version information referencing Intel and its architecture. The video player does not work. Other apps will tend to show a screenshot. There’s a rudimentary file manager, but most anything else like the music player will be in a non-functioning state. Moving out of an app will take users back to the home screen and leave a thumbnail on the top portion of the screen, acting as a “Recent Apps” panel.

We’re still far and away from any potential launch, but at this point, it doesn’t look like this project will go to the scrap heap too easily. Click through to the source link at the bottom of this page for a smattering of pictures and the video.

Check out the latest smartwatch deals from Amazon that feature the latest Apple Watch Series 6, the Samsung Galaxy Watch 3 and more