A closer look at the Snapdragon 6xx family

What are the difference between the SoCs in the Snapdragon 6xx family & should you get a 6xx instead of a Snapdragon 8xx in your next phone? Let’s find out!

Unless they’re made by Apple, when you think about smartphones and tablets, chances are they’ve got a Qualcomm Snapdragon powering them. Generally speaking, when we rank devices they typically fall into one of those three categories: entry-level, entry level, midrange, and high-end. Oddly enough, Qualcomm’s SoCs are also segmented by device class, but Qualcomm opted for four tiers (rather than three), this can make it a little confusing to tell which category a device falls into – such is the case with the Snapdragon 6xx family. 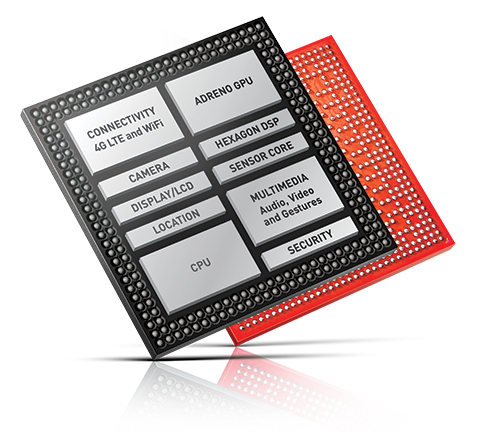 What’s interesting is that devices which would have been considered high-end or even flagships are starting to show up with Snapdragon 6xxs tucked under the covers instead of the 8xxs that we would have expected.

Should you opt for a Snapdragon 6xx in your next smartphone over an 8xx? Let’s take a look at the technical specifications and see how the Snapdragon 6xx family stacks up!

As you can see, the newer Snapdragons (618 and 620) include some pretty high-end specifications – dual-core and quad-core (respectively) at (up to) 1.8GHz, powerful graphics and digital signal processors, super-fast WiFi, and lots more. Other than processor clock speeds (which any self-respecting geek will tell you cannot be used as a 1-to-1 performance comparison), there’s not a big gap between “mid-high”-tier, and top-of-the-line. The advantages of the 6xx family over the 8xx family are price and power consumption (not to mention that no one has ever accused the Snapdragon 6xx family of overheating, like they have the 810). The disadvantages include a bit more processing speed, and bragging rights.

Looking at a lot of this year’s high-end, super thin phones, it seems like most of them include processors in the Snapdragon 6xx family. Looking at how those phones are stacking up, it looks like going for a Snapdragon 618 or 620 in your next phone would not only be a safe bet, it would likely be a great idea!