Second-generation Spectacles have gone on sale at $149.99, in a trio of eye-catching colors, with a sleek, water-resistant body and faster data transfers.
Published 26 April 2018, 09:09 EDT

Snap Inc., the 2016-rebranded US company behind trendy multimedia messaging app Snapchat and the $130 Spectacles smartglasses, is making a second attempt at cracking the consumer hardware business.

Slightly pricier than the original model, at $149.99, second-gen Spectacles are available online today in the US, Canada, the UK, and France. They’re also coming to the Netherlands, Norway, Denmark, Belgium, Finland, Poland, Spain, Italy and Ireland on May 3, but don’t count on those Snapbot vending machines returning anytime soon anywhere in the world.

Not exactly revised or redesigned from the ground up, the new Spectacles, which are still simply called Spectacles, come with a smaller, sleeker, lighter body coated in your choice of “Onyx”, aka black, “Sapphire” (read blue) or “Ruby” (red) paint. 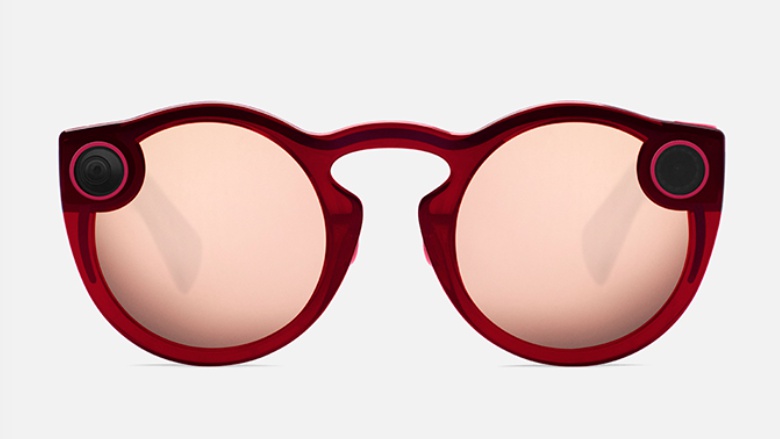 For each of the three main colors, you can also choose between two different lens shades, and perhaps more importantly, Snap even lets you customize the upgraded smartglasses with prescription lenses.

Now capable of recording both videos (up to 30 seconds in HD quality) and capturing snapshots (also at high definition), Spectacles sync wirelessly with Snapchat, boasting significantly improved Wi-Fi transfer speeds to your iOS or Android phone.

Last but not least, added water resistance makes the intelligent shades safe to use in the rain and even around the pool, as long as you only submerge them in “shallow” water for short periods of time. You can charge the new Spectacles on the go using a smaller case provided as standard, and Snap claims you’ll be able to capture “up to 70 videos” before needing to power back up.

Realme has partnered with French designer Jose Levy for the design of its upcoming audio product.