By USB or by wall outlet, our gadgets receive energy and store it in their batteries. Once they’re unplugged, they’re immediately powering through your day. That is, if they can last as long as you do. And in the case of wearable technology, where battery capacity only goes so far as the technology inside of it and the limited physical footprint, sometimes they don’t. 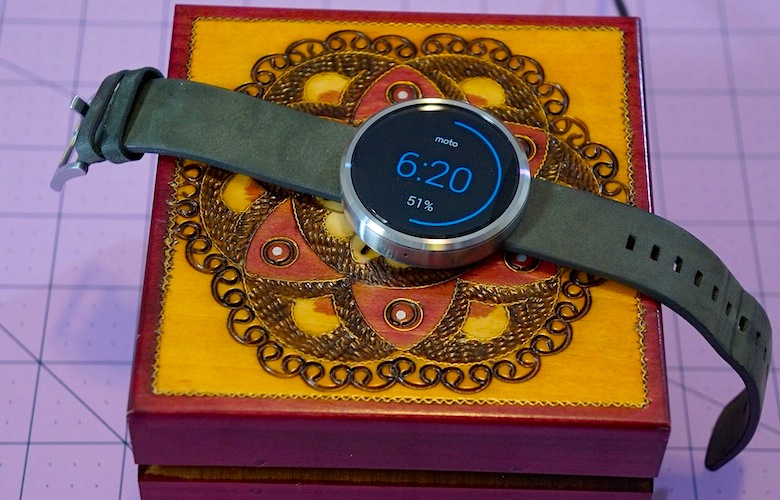 With discharge cycles lasting anywhere between 18 hours and seven days, we’re not excited with having to deal with what’s still widely considered as an accessory to a smartphone rather than a dedicated device in its own respect. All to say that we don’t want to charge this damn watch every night. So, if you want to keep your watch off the Mains when you’re on the go, what are your options right now?

Well, you can plop your watch down on a Qi wireless charging pad (if your watch supports the standard) and keep the watchface closer to you. If your watch has an open charging port, you could also probably get away with attaching a long-as-heck cable with a pocketable external battery. Yep, not feeling it.

Well, the people behind the Reserve Strap for the Apple Watch have taken a page from the smartphone accessory industry. The charger suit method — take your Mophie Juice Packs — has come to pass on the wearable side of tech. Reserve Strap plans to take advantage of what they’ve found to be a six-pin charging port tucked inside one of the strap attachment slot of the Apple Watch. There’s some tricky work at play here.

The idea of wearing a watch with a battery-embedded watchband could sound appealing to those who: 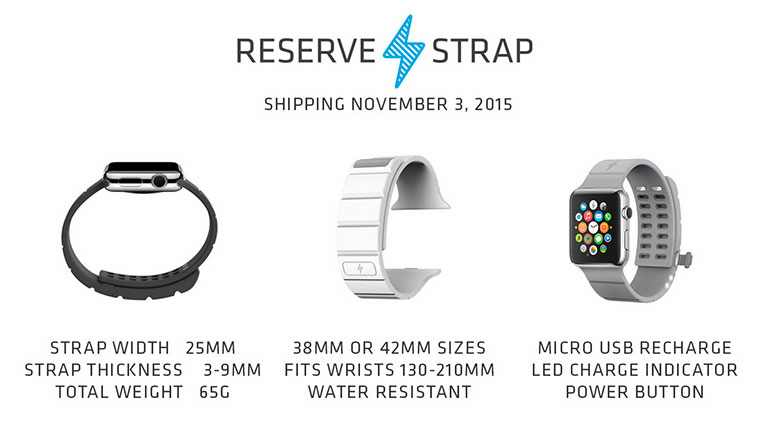 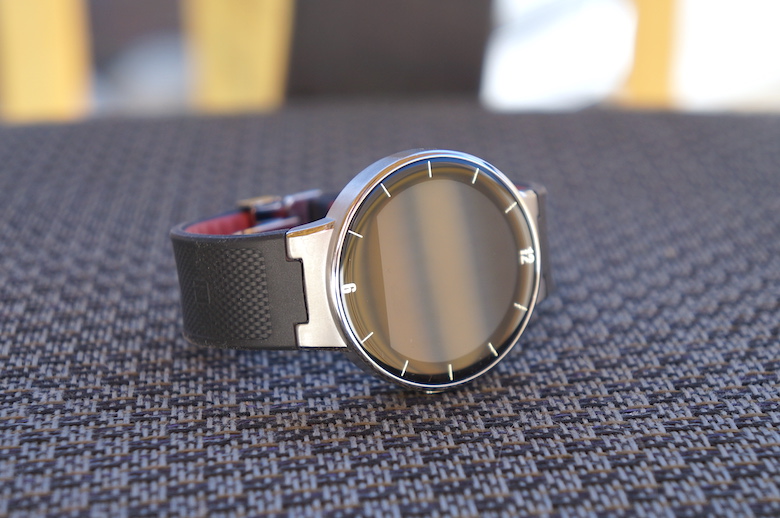 Sure, Pogo pins and micro-B cables are still the go-tos for most smartwatch manufacturers. They don’t even know where to put them sometimes; left side, right side, this edge, or just taking up all of the back space. But take the Alcatel OneTouch Watch and its charging method: a full-size USB 2.0 jack capped by one end of the wristband. Of course, we’re focusing on third-party bands and the AOT Watch’s band is proprietary and non-removable.

Point is, if someone can find a way to stick wires through a watch band, we can probably find a way to get more power to the watch as we need it. If it’s a band extension for fitting in a battery, that’s fine. If it’s a completely different band, so be it. If we can fold batteries so that they can be placed inside the entirety of the band, well …

I don’t know what you’re on, but please get to work on it.

I’m not saying that the OEMs themselves shouldn’t focus on innovating on battery bands because that would be a missed opportunity for them and they’re not stupid enough to throw it away. Especially because with a smartwatch, there’s no direct horizontal on extra batteries to sell consumers on, unlike smartphones. But it really is the dev community that we’ll be seeing the debuts (ahem, Reserve Strap), the first improvements and the fastest advances of these battery bands at lower prices. And what’s not to like about any of that?

Well, tell me what. Or leave a comment about anything you’re looking forward to in battery technology.

Adam Doud contributed to this article.

You might not like Windows 11. There are some issues with it. But if you want to try it anyway, make sure you do it the smart way with a reliable method of getting back to how your computer was before you started the installation.