Read why you can’t insist on smartphones with hardware keyboards while simultaneously claiming to be a real smartphone enthusiast.

Progress has a way of forcing change upon us. Maybe you were an oldschool computer user, accustom to navigating your way around the system using only a keyboard and resistant to the idea of mice when they first sprung up. You could stick to your guns and make do to an extent, but that would be doing yourself a disservice, missing out on all the latest mouse-requiring software. Or maybe you’ve been stockpiling 100 watt incandescent bulbs since back before the US started phasing them out, but someday even those will burn out, and you’ll be forced to go CFL or LED.

Trying to fight the passage of time is a losing battle, and while we all take our little stands now and then, showing resistance in the face of change, eventually we all have to learn to live in the present.

Makers of smartphones are always looking for new ways to innovate, and plenty of those efforts don’t pan out: no one’s working on delivering the next great 3D phone, for instance. But sometimes those efforts are just so successful, so transformative, that they utterly replace their predecessors in the market. 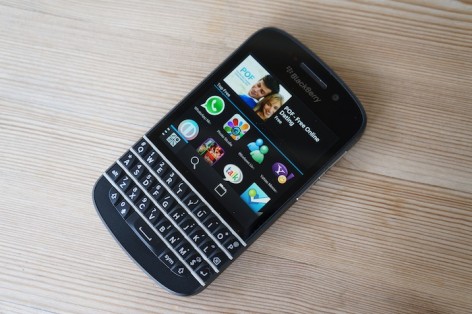 That’s very much what’s been happening with the rise of touchscreen phones that lack any trace of a hardware keyboard. The transition’s been quite gradual, stemming back from PDA days, but as time goes on, fewer and fewer options are left for users with a penchant for keyboards.

The time of the hardware QWERTY phone may still be lingering on – a recent leak suggested that Motorola might actually be working on a QWERTY slider Droid 5 – but the selection is so small, and the choices so full of compromises, that I think it’s finally time to say: if you’re limiting your smartphone options to only those models with physical keyboards, you’re simply not someone who’s interested in having the best smartphone possible.

That’s hard for me to say, as someone who still very much enjoys hardware keyboards and can appreciate their utility, but considering all the other options out there, you’d have to sacrifice entirely too much for any QWERTY option.

But what are your actual options? Head on over to the website for your carrier of choice, and you’ll usually find some filters to help narrow down the selection of handsets. Click that “hardware keyboard” selection, and it’s like taking a blow the gut. Gone are the iPhones, Galaxy S 4s, and Windows Phone 8 models.

Over at AT&T, about half of what you’re left with are mislabeled as having such keyboards when they actually don’t. The rest… oof. You’ve got some BlackBerry 7 models, dating back from fall 2011, the pretty new NEC Terrain, and of course the BlackBerry Q10. Assuming we have no masochists here aching for a Curve 9360, that either means a mid-range Android from a company that’s abandoning the smartphone game, or a phone running BlackBerry 10. 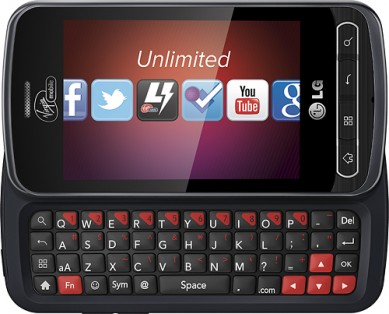 Don’t get me wrong here: the Q10 has some perfectly adequate hardware, including one of the densest screens we’ve seen on a QWERTY model, but it’s pretty hard to reconcile “smartphone enthusiast” with “BlackBerry 10 user.” Sure, you can like BB10 as well as other platforms, but committing to it full-time means you don’t place any particularly priority on apps, content delivery services, or many of the things that make smartphones (on other platforms) so appealing.

Sure, other carriers will offer a different mix of phones with hardware keyboards, but the tale is more of the same: a lack of recently released models, up-to-date hardware specs, and options in general.

For a while, though, hardcore QWERTY fans may have had a point. Software keyboards can still be pretty hit-and-miss, but they’ve come a long way from where they once were. If you didn’t enjoy the on-screen typing experience on some ancient Froyo-running Android with a four-inch screen from several years ago, you seriously need to stop hiding under your QWERTY blanket and come check out the new landscape. Swipe-based input can be faster than you’d think, not to mention impressively accurate. And the proliferation of phones with bigger displays has made on-screen typing easier for even those among us with stubby, broad fingertips.

Maybe that Droid 5 really will be a breath of fresh air for QWERTY fans, but don’t expect to see it change anything: even if it is a relatively modern design, with appropriate hardware, it’s not about to arrive with half-a-dozen friends, and even in a best-case scenario will just be a singular decent option as the world continues to move on by.

Hardware keyboards baked-in to phones are done. If you can’t deal with on-screen text entry, (well one: actually try, and stop just insisting you can’t because you gave up on the idea years ago) pick up a cute little wireless Bluetooth keyboard to tote around. The industry moves on, and hardware keyboards aren’t coming back to smartphones any more than leaded gas is coming back to cars.