New smartphone technology is too much for lithium ion batteries

We will soon need bigger batteries, thicker phones or new battery technology in order to power all the new features in our smartphones
Published 02 November 2018, 11:58 EDT

One of the most important features of a smartphone is its battery. We all want a smartphone with enough battery to get us throughout the day without the need to have a charger around. We keep on getting bigger batteries, but it seems that it’s still not enough to give us what we want.

Apparently, batteries aren’t the problem, it’s the fact that new smartphones have new features that are very demanding. Lithium-ion batteries keep on increasing their sizes and still, when compared to last year devices, well, their power performance doesn’t necessarily match battery sizes. According to the results of some tests done by The Washington Post, we see that many of last year’s smartphones perform better than what we have now, well in battery life at least. The devices were set on the same brightness level, loaded de same sites, played media and more. 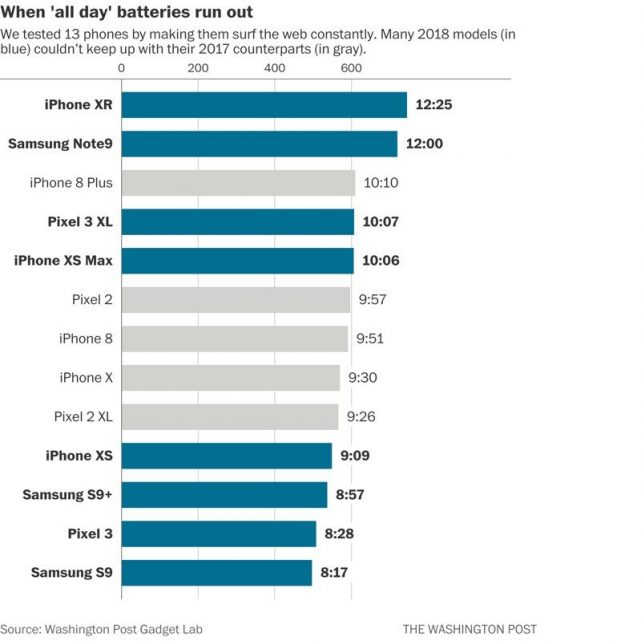 The only real question now is if we need new technology in our smartphone battery or do we quit trying to make smartphones thinner to accommodate a larger and longer lasting battery?