Has your phone ever been stolen? (Poll)

Have you ever had your phone stolen? Stolen phones are on the rise, thanks to smartphones. Take our poll and tell us if your phone has been stolen!

Smartphone thefts are a real thing.

Smartphones are valuable, even ones with broken screens or older models. Someone looking to make a quick buck can snag a seemingly basic, beaten smartphone when its owner isn’t looking, take it to a classified ads site (not unlike Craigslist) and sell it later that day for a quick buck.

It’s a very small amount of work for a quick $50 to $300, depending on the phone and its condition. And the more popular and common smartphones are, the higher the risk of theft will inevitably become.

We’ve seen an increasing number of phone thefts which ultimately lead to a humorous one-way interaction between the victim and the idiot thief who (for whatever reason) forgot to wipe the phone and is unknowingly uploading dozens of pictures to an iCloud or Drtopbox account. But not every story ends so well. Not every iPhone or smartphone theft ends in Disney apologizing for a rogue employee and sending you a shiny, new iPhone in a sealed box. 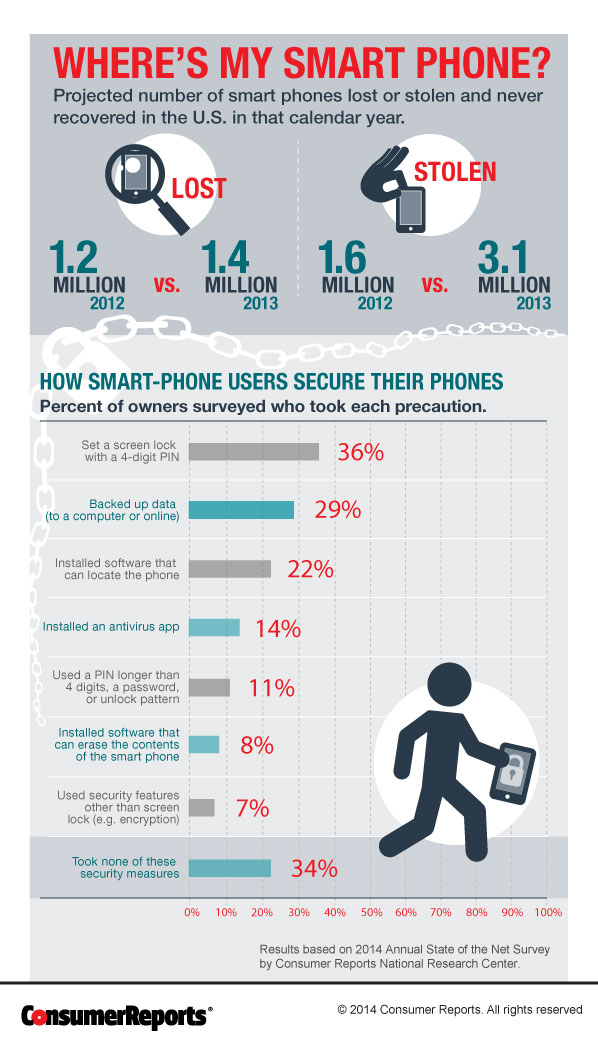 Consumer Reports released an infographic last week stating that the number of lost phones only grew 17 percent between 2012 and 2013. During that same time, however, the number of reported stolen phones increased by a staggering 94 percent – from 1.6 million in 2012 to 3.1 million last year.

Fortunately, some manufacturers and carriers are working to help prevent smartphone theft. One week ago today, we explained the Smartphone Anti-Theft Voluntary Commitment, which will become available – either pre-installed or downloadable – to phones after July 2015.

Apple, AT&T, Google, HTC, Huawei, Motorola, Microsoft, Nokia, Samsung, Sprint, T-Mobile, U.S. Cellular, and Verizon Wireless have all agreed to the voluntary anti-theft movement. And what it entails is pretty basic. It’s a remote kill switch for lost and stolen phones. Not only can you remotely wipe the phone, you can render it useless to anyone who may have prying fingers and eyes. And once (or if) the phone is returned to its rightful owner, the action can be reversed.

Point being, it’s wise to keep close tabs on your phone until after July 2015. It’s probably wise to do just that anyway, so you don’t have to bother with the trauma of losing a smartphone.

Personally, a stolen phone isn’t something I’ve ever had to go through.

Sure, misplacing things happens to us all at some point or another. I sometimes forget where I last left my Bluetooth mouse the last time I used it, and I’ll go on an hour-long rage search through the dozens of filing cabinet drawers in my home office until I simply give up. Then I’ll look again. Then one more time, just for good measure.

And I’ve freaked out over “leaving” a phone somewhere once, only to learn it was in my backpack all along. I simply forgot I put it in a pocket I didn’t normally use.

But most things, especially items I use and carry every day (or regularly) never get misplaced. In fact, they never leave my person long enough to be lost, stolen, or anything in-between.

I should probably consider myself pretty fortunate. Only once in my life have I had something valuable stolen or lost. I had an envelope with a few hundred dollars in my back pocket as I walked around a Sam’s Club with my family. When I got to my car, I reached for my back pocket to pull out the envelope, and it was gone.

Panic set in, immediately. I walked the store in its entirety five or six times, asked employees if they had found an envelope, retraced my steps to and from my car, walked the store two more times, and finally threw in the towel. I got in my car and drove away. For the next half day or so, I couldn’t stop thinking about what happened to the money I had lost and kicking myself for putting it in my back pocket, of all places.

But that was it. The money was gone … for good. And I had to accept that. 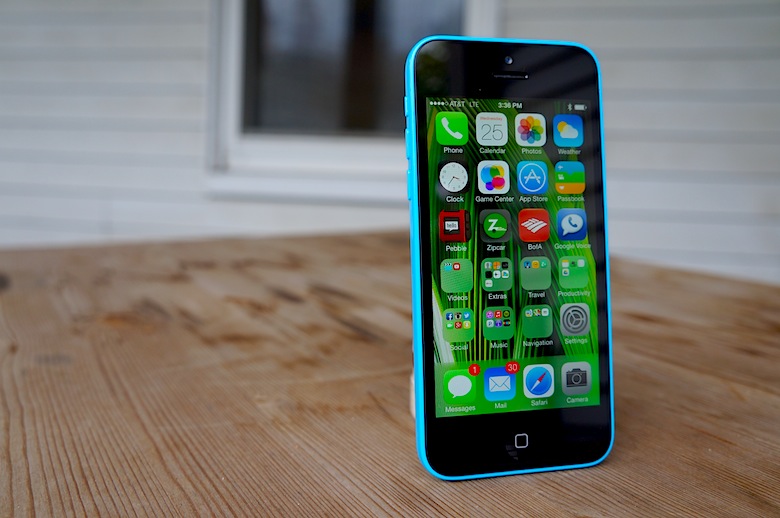 That’s exactly why I couldn’t even begin to understand what my girlfriend was feeling last Sunday. We were shopping at Northlake Mall after getting burnt to a crisp at a Scottish festival just outside Charlotte. She was making the rounds in Charlotte Russe, inching towards the registers. She sat her (already shattered and sorely battered) iPhone 4S on the counter, looked at a few rings, grabbed her stuff, and walked away.

We never saw her phone again. At some point between the time she sat her things down and picked them up, someone snatched her iPhone, right from underneath our noses. After retracing our steps – both mentally and physically – for an obscene amount of time, that was the only logical explanation.

Of course, we searched the store over several times, thinking maybe she had just misplaced it or accidentally left it under a pair of shorts she had been looking at. We all but dumped her purse, checked her shopping bags countless times, and searched the store once more.

All the while, I tried to access the Find My iPhone service. (Protip: Don’t lose your phone at the mall. Cell reception is terrible.) Finally, we waved the white flag, stopped by AT&T on the way home, and popped her new SIM in a spare phone I had laying around.

She was fortunate enough to have set a security PIN on her iPhone 4S prior to it having been stolen. She also backed up most the data to her MacBook the day before. But losing a phone still isn’t any less awful. Unlike losing money (or practically anything else of comparable value), a phone has pictures, notes, apps, data, and all sorts of other personal or compromising information. It’s not just an object. It’s a part of you, and it’s likely been an integral part of your life for months or even years.

Losing a phone, as cheesy and dramatic as it sounds, can be traumatic.

I, for one, would be completely lost if I were to lose one of my phones (yes, even with a handful of backups).

So we want to know, ladies and gents. Has one of your phones ever been stolen? Was it returned? Take our poll below and let us know!