Do you care about smartphone display color accuracy? (Poll)

Smartphone displays are more impressive than ever before. Do you care about smartphone display color accuracy? Take our poll and let us know what you think!
Published 23 July 2014, 16:02 EDT

Three years ago, you were lucky if your smartphone display had a few hundred thousand pixels.

WVGA (480 by 800 pixels) was sort of a standard resolution back then, and mobile display technology still had a long way to go before pixel junkies would drool over a smartphone screen. Black levels were usually a milky, dark gray, unless you opted for a Samsung smartphone with a Super AMOLED panel. But then you had to consider the disadvantages of the PenTile Matrix subpixel arrangement.

Back on 2011, I didn’t stress about such things often. I didn’t worry about color accuracy, black levels, subpixel arrangements, viewing angles, contrast, brightness, white balance, etc. All I cared about was display size and resolution, and even those were secondary to things like which version of software the phone shipped with, the CPU and clock speed, storage options, and the camera. 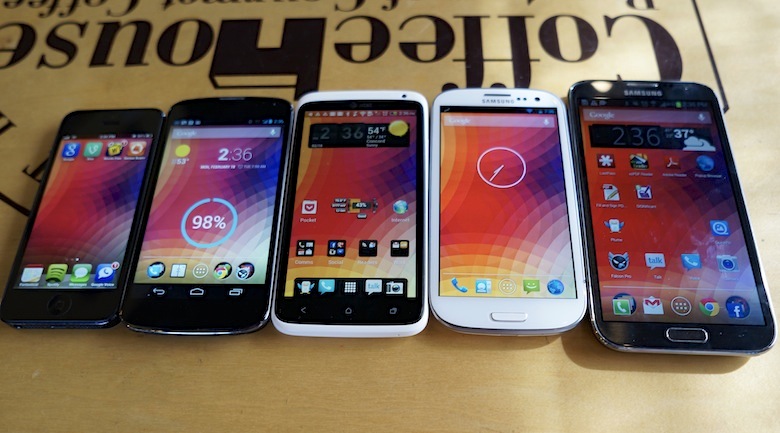 First was the Galaxy Nexus, which launched in November 2011. It shipped with a 4.65-inch Super AMOLED display with 720p resolution. I happily used the phone for several months, but the quality of the display quickly got under my skin. It used the PenTile Matrix arrangement, not the standard RGB stripe. This allowed for battery savings through using fewer subpixels, but it resulted in a visible graininess in the display of saturated colors. That, I could deal with. But whites appeared gray and looked more like wet newspaper than an actual smartphone display.

A few months later, I caved and upgraded to the HTC One X. The display was absolutely gorgeous. The S-LCD 2 panel sat extra close to the glass, increasing touch responsiveness and making icons appear as if they were sitting on the glass, not beneath it. Colors were vivid and realistic, though not extra saturated like on Samsung’s AMOLED panels. And the black levels weren’t as deep. But I absolutely loved the display on the One X.

After the One X, I hopped back and forth between LCD and AMOLED displays, never able to choose a clear winner. 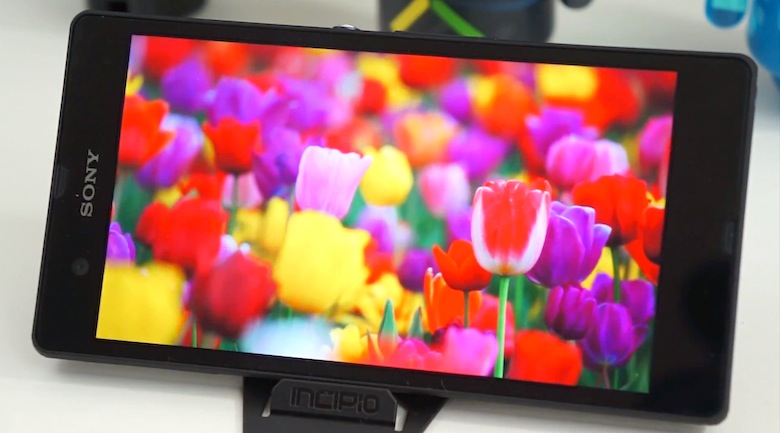 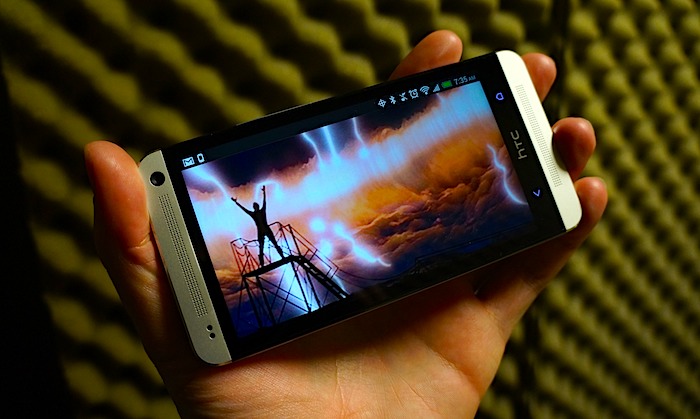 I’ve used the last four versions of the iPhone and all iPad models, the One M7 and One M8, all the Nexus variants, all of Samsung’s popular Galaxy S and Note models, each of LG’s flagships and even its experimental G Flex with its POLED display, and countless models in-between. Above all, I can say display quality can kill a smartphone (or tablet) for me faster than just about any other feature – except for maybe incessant lag and performance issues.

The display is what I look at most on a phone – it’s what everyone looks at the most. It’s the main form of input and output. It’s where you type, watch movies and play games, and it’s what’s keeps you connected with the world around you. If you’re constantly staring at something that seems off, looks pixelated, or just doesn’t look nice, especially if you’ve had extensive hands-on time with other displays which look noticeably better, the display can ruin your experience with a phone.

I became an increasingly hard-to-please pixel junkie over time. Interestingly, though, of all the different aspects of a smartphone display, the least important to me is color accuracy. That’s not to say it’s totally irrelevant, but as long as resolution and density are high enough for me to not see individual pixels on the edges of icons or text, there are far more important parts of the display to worry about than color accuracy.

Allow me to explain. 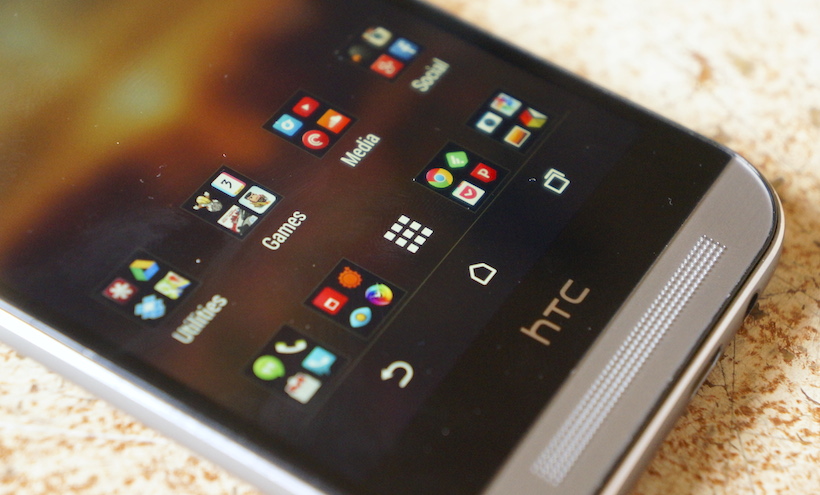 This week alone, I’ve used the HTC One M8, ZTE Grand S, Moto X, and Nexus 5. Of these, the Moto X has the smallest display and lowest resolution, and I don’t have a problem with it. It’s an AMOLED display, though, so it’s also the most vibrant and probably the least accurate (read: most over saturated) of them all. The One M8, just like the M7 and the One X, has a truly gorgeous display. The Grand S display is nothing particularly mind-blowing, but it’s a fair display for an aging phone.

Many people feel the colors appear muted or undersaturated on the Nexus 5. Our own Brandon Miniman corroborated those feelings in a TLDR, and even I feel the display is washed-out at times. It looks great and has very few problems, and it’s difficult to complain about such things in a phone that costs roughly half what of the competition costs. But the display does appear quite bland at times. 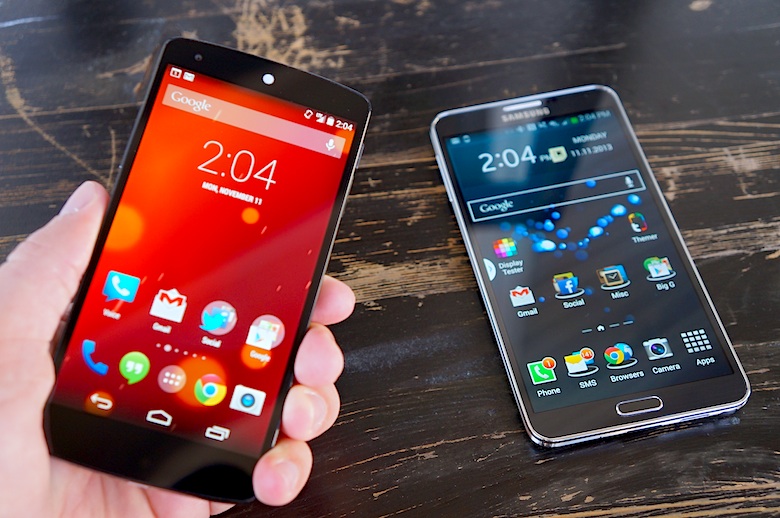 The surprising part? The Nexus 5 was found by AnandTech‘s Brian Klug to have one of the best calibrated and most accurate displays on a mobile device, yet even he notes how the greens appear dull in Google Play. He notes that this is likely due to our being used to supersaturated displays.

Another great example of such is the LG G3’s QHD display. It’s unbelievably crisp, but it also appears to be a bit muted with low contrast. Fortunately, it was discovered that you can tweak this in the accessibility options. What you can’t tweak, though, is how it displays whites, which appeared abnormally warm to me.

In other words, color accuracy isn’t exactly important because years of staring at over saturated displays has made truly accurate displays appear bland and washed-out. I’m okay with extra vibrant smartphone displays. But things like black levels, contrast, and white balance are definitely more important, at least to me.

However, there is a flip side to this. Vibrant displays make pictures and the various things you look at on your phone appear much more vibrant than they actually are. Looking at a picture on the computer after taking it with a smartphone will make it appear far less vibrant, sadly.

So I ask, readers, do you stress about color accuracy on your smartphone? Do you care if your phone’s display is super saturated? What if it’s actually quite accurate, yet appears muted and dull? Take our poll below and let us know!

With new iPad models expected from Apple in March 2021, is the iPad still going strong enough for you to care or be excited about?