Why do small smartphones have to suck on the spec sheet?

You know, every time that people criticize Apple for just launching one smartphone every year, I find the biggest argument to be funny. According to many, one size doesn’t fit all, and in a way, even though that argument is correct, that doesn’t mean that Apple is the only one following that mentality.

See, Apple launches just one phone and that device will be their flagship for the rest of the year. In a similar way, Samsung, HTC, Sony and others launch one flagship to compete as well. Different companies make all of these phones, with different a design and software approaches, but they are extremely similar when it comes to their characteristics, since they’re all big phones. Clear examples are the two top contenders in the smartphone business right now, the HTC One and the Galaxy S 4. Both are flagship devices, their specs are similar, and even though their design approaches are very different, it seems that the way to know they are flagship devices is because both devices are big. Now why is that? Why is it necessary for a flagship device to be big?

Pardon my use for Apple as an example, but the main reason is because their main flagship is anything but big. If you saw Phil Schiller’s keynote with the launch of the iPhone 5, he said that there’s nothing challenging about bringing high-end specs into a bigger phone, and in a way he was right. We could say that it requires much less of an effort to build a bigger phone with high-end specs, than to try to cram these in a small device.

In the end, even though we all know that one size doesn’t fit all, HTC and Samsung seem to disagree just as much as Apple. Surely these are both different phones, but both companies assume that those in look of a high-end phone, want that phone to be big. So back to the initial question, does one size really fit all? Do all of you really want your phone to be big in order to consider it high-end?

Now before we begin the argument about the smaller phones made by Android and Windows Phone OEMs, let’s be clear, all these companies also build smaller phones. Usually the way it goes is that they’ll launch three devices where one of these caters to the high-end of the market, another the mid-tier and the other the low-end. Sadly, with the exception of the Galaxy Mega line-up, the main characteristic of the less-expensive phones is that they’re all smaller than the flagship.

I honestly find that annoying, and I wish that I wasn’t forced to use an iPhone in order to have a high-end phone on a pocketable chassis. I wish that OEMs would at least give us the option to launch a great phone on a smaller design in order solve that need that many of us have. Why do we need a smaller phone? Well here’s why: 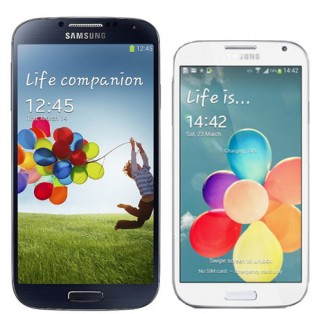 The great thing about having a large phone is mainly for multi-media purposes. Gaming, watching a movie, surfing the web, watching a video or reading a book are definitely much more convenient on a larger display. Now I want you to think long and hard and tell me when was the last time you actually saw a movie with your phone? When was the last time you actually played Asphalt 7 or any intensive game on your smartphone? Do you even read books on your phone? If the average usage patterns were high, then tablets, game consoles and eReaders would be in serious risk, and we know they aren’t.

In my case, I use my phone for communications purposes mainly. The added convenience of a device that I don’t feel in my pocket, and that won’t stress my hands after constant texting is always preferred. Yes, I do love playing games, watching movies, watching a video or reading a book, but I also love for my phone to last the full day without having to worry about my battery life. Another reason is because doing any multi-media task on a phone is not necessarily better than trying to do it on a device that’s designed for it. They’re good for keeping you entertained in a Subway or when you’re bored, but I’ve rarely met people who prefer a phone to play FIFA than on a PS3.

Sadly smartphone OEMs haven’t nailed a solution that will allow you to keep your phone active all day, and have it actually last all day. Today you have to choose either minor multi-media and constant communication, or the other way around. The last time that I tried to watch a movie on my Galaxy Note II, the battery dropped to 50% before the movie was over, and finishing the day with that phone was simply impossible when adding that type of usage.

So, if technology hasn’t evolved enough to give me the benefits of actually enjoying a larger display, do I really need it? Yes, I’ll admit that I love using my Galaxy Note II every now and then, but when the time comes for me to workout at the gym or go for a run, tracking my workout with that monstrous phone is just impossible. Surely it’s always nice to have the added benefit of a larger display, but unless OEMs figure out how to make bezels smaller, I’d rather use a smaller phone.

Since 2010, tablets have become the new, portable and affordable computer. When devices like the Nexus 7 were launched, the price tag and the convenience of its size were just irresistible to my credit card. This turned out to be the perfect solution for most of my multimedia needs.

Regularly if I have a busy day, I’ll communicate with my smartphone all I need and I can carry the Nexus 7 in the back pocket of my jeans if I know that I’ll have some spare time to watch videos, read a book, play a game or do some heavy web surfing. Some of you may find it awkward to use two devices, but if you think about it, you don’t necessarily have to every day. You won’t always have the time to have fun with your smartphone, and therefore, you can carry a small and light tablet in your glove compartment or backpack only on the days when you know you’ll be able to play with it.

I guess the last question left to answer is why I would want high-end specs on a phone that I only want to use to communicate, right? Well, have you ever tried to do some real work on a mid-tiered phone that’s slow and clunky? Android as an operating system works like a charm on high-end phones, but try using any newer version of Android on a lesser spec-sheet and be ready for a ton of frustrations. I’ll leave Windows Phone out of this because I’ll admit that OS works like a charm in whatever phone that’s launched with it.

It also has to do with the fact that as processors get better, they get much more power efficient. You’ll notice that this year the batteries didn’t grow as much as they did last year, and that mainly has to do with the new Snapdragon 600 processor. Sadly, all day performance in a mid-tier phone is hit or miss, and the fact of the matter is that the faster your phone is, the less you’ll have the display active, and the less your battery will receive stress.

In the end, those who can afford a high-end phone want a high-end phone, but not everyone wants a big phone in the case of Android, and in the case of the iPhone, not everyone wants a small phone. Are you happy with the trend of big phones for better specs, or do you agree that a smaller phone with the same specs would be welcome? Leave us a comment.