Rumors about a new Motorola smartwatch have been heating up for about a month or so now, suggesting that the company’s nearly ready to announce it second-gen Moto 360. We’ve seen evidence from official sources, heard that Motorola could be planning an IFA 2015 launch, and even had the opportunity to look at some in-the-wild pics that seemed to reveal the wearable undergoing some last-minute testing. Today we add to that collection of images of actual hardware with a new shot comparing this year’s Moto 360 to last year’s model, and appearing to confirm the existence of a new, smaller size option.

The idea of multiple sizes for the new Moto 360 has been bouncing around for a few weeks, and it’s been sounding increasingly likely that we could get at least two: a small and large version. We’re still piecing together the details on each, and don’t yet have a full sense of the measurements we’re talking about, but from the image above it seems clear that one will be markedly smaller than the current Moto 360, with its 46mm face.

What about that lens-flare effect obscuring the watch’s “flat tire?” Look closely, and you can just make out a 2D barcode and a Motorola logo: it’s attempting to protect the source’s identity by hiding some traceable Motorola code, something that should only help to further suggest this image is genuine. In any case, IFA is coming up next week, so we should have the full story soon.

Update: We’ve also got a new pic of what’s apparently the larger new Moto 360; sadly we don’t get to see the two 2015 models together – at least not just yet. 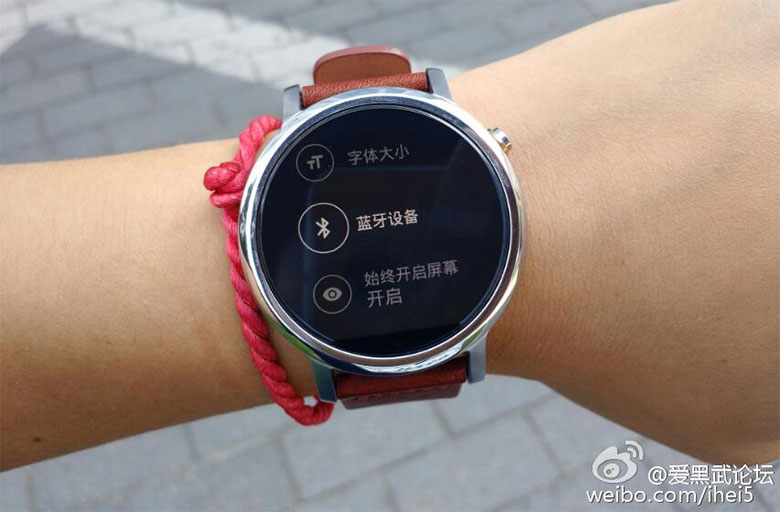 Source: HelloMotoHK
Via: G for Games

A complaint alleges that WhatsApp is forcing its payments service on 400 million-plus users in India and that the company is abusing its market position.