Sketches of OnePlus 5 leak, point out four cameras on the device

Weibo has a few drawings on what the OnePlus 5 might hold for prospective customers. Ceramic continues to be the perennial “hot” element.

If you like curvy, curvy phones, you’ll be sure to like the OnePlus 5. According to sketches passed along by Weibo regular Reviewer Xiaokang, the upcoming device will feature a concave rear panel, a ceramic header piece and four cameras — two in the back and two on the front. 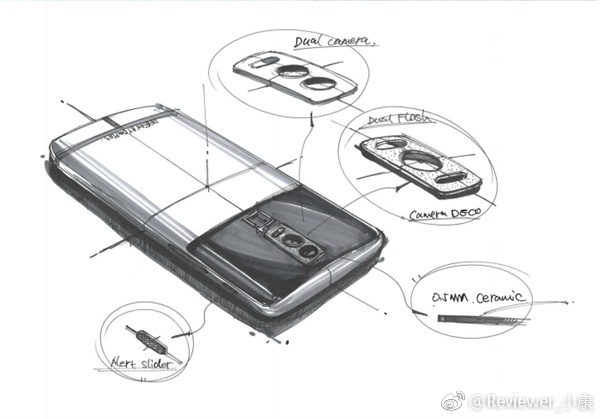 Focusing on the back for just a second, the dual-camera module here is depicted to be vertically oriented, protruding out of the surface and coupled with two LEDs for throwing flash. A 0.5mm thick piece of ceramic encompasses the top portion of the back, a la glass on the Pixel. At the bottom, you’ll find a very familiar antenna inlay. 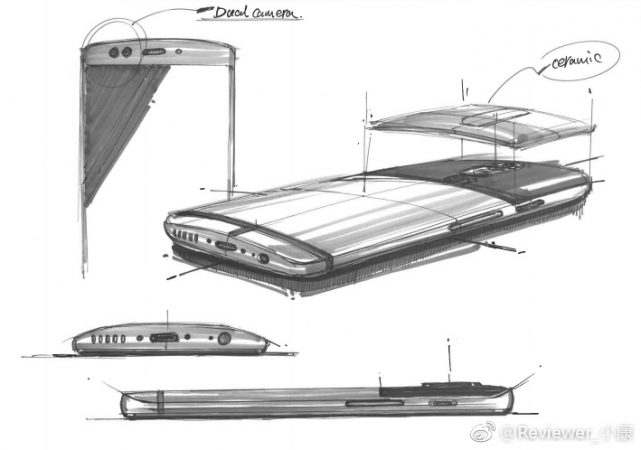 The mid-frame features the usual card tray and mute switch on the left, volume and power switches on the right, a speaker at the bottom together with a headphone jack and USB-C port. And then there’s the dual-camera system on the front, above the screen and next to the earpiece. LG has only pulled such a move once with the V10 while the industry has focused on priming rear camera solutions.

Of course, graphite and paper don’t make for conclusions cast in stone (or in metal and ceramic, as the case would be) and we’d obviously want to see what the software implementation will end up being as well. There’s a time for that and a time for the OnePlus 5, but it isn’t now.