2014 will mark the dying days of the bezel

Screens are getting bigger & with them so are smartphones. Is there a way to counter the trend? Yes! And it has everything to do with the shrinking bezel.

Anyone who has been around cell phones since the “early days” can tell you about an interesting phenomenon. Early cellular phones were huge. Some were installed in your car, others were neatly packaged into a suitcase that you could carry around with you. After that, the race was on to make them smaller and lighter weight. Eventually, whoever had the smallest cellphone was the “winner” (of what, we’re not quite sure, but at least they had bragging rights).

Then smartphones came along and the trend reversed. Previously small phones started to get bigger and bigger with every passing generation — it was a battle for who had the biggest screen. Four-inches became the new norm, then five. Eventually we had to come up with a new term — “phablets” — to describe a small tablet with the ability to be a phone. They got big — really big.

I don’t know about you, but my hands aren’t getting any bigger! Is there any possible way that we can continue to have large screens, without enormous phones? Yes, there is a way, and it has everything to do with shrinking bezel dimensions. 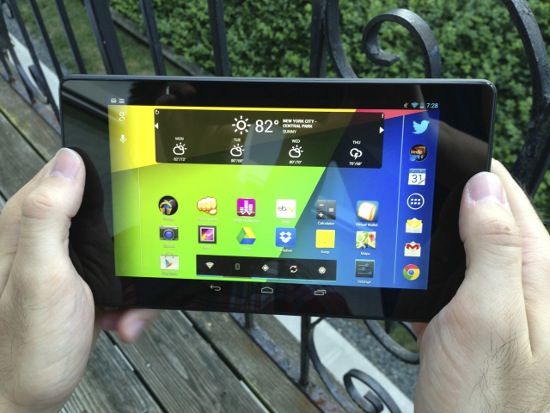 The bezel is the area that surrounds a device’s screen. Behind this otherwise “blank” space, unoccupied by pixels, you might find a front-facing camera, proximity sensor, ambient light sensor, physical or capacitive buttons, one or more speakers, a notification LED, and even carrier and/or manufacturer branding.

Of course, you’ve got to have some bezel as a place to put all those items — except device and carrier branding, we don’t really need those, do we? The rest of it we can shrink down to a stripe across the top and perhaps the bottom, a la the HTC One family.

But what about the bezels to the right and left of the screen? If we can shrink those down, we can eek more screen real-estate out of our devices, without having to increase their physical size. At first glance it might not seem like a lot, but it really adds up — remember, we measure screens diagonally, so a little extra width can have a dramatic influence on the overall screen size.

The problem with “bezeless”

The ultimate goal, we think, would be a completely bezeless design — at least on the edges. Some call this an “infinity screen” where the the image goes right to the very edge of the device. In the print industry it’s called a “full bleed” and it just looks more professional than something with borders.

As with print, “full bleed” comes at a cost. When talking about business cards or catalogs, a full bleed means extra expense and labor. Once we shift over to the mobile space, the expense is paid in additional manufacturing costs, the need to reposition buttons that would have otherwise been “pressed” into the space under the side bezels, and then there is the cost in usability.

When we hold our smartphones and tablets we don’t generally set them on our palm and poke at them with our index fingers. Instead we grasp the device by its edges. Sometimes only a little of our thumb and finger pads spill over onto the screen, but other times we rest our entire thumbs right there on the front of the device.

Having a little bezel around the screen means that we have room to properly grasp the device without that “hand-hold” registering as screen taps or presses. If we go to an entirely bezeless design, the device would have to be “smart” enough to tell the difference between a grasp and a tap.

Although there will be additional costs — let’s call them “considerations” — before we can fully realize a bezeless device, it’s a fair bet that it’s not a matter of “if” but “when” we’ll see them come to flagship devices. In the meantime, keep your eye on your favorite OEMs. The bezels on their products are going to get slimmer as 2014 progresses.

Do you dream of the day when you can pick from several devices that have no bezel on the edges? Or do you like your bezels the way they are? We want to know! Head down to the comments and sound off about why we should or should not have a bezeless future.